Debutant Washington Sundar played a magnificent knock, and together with Shardul Thakur, revived India's chances against Australia in the fourth Test 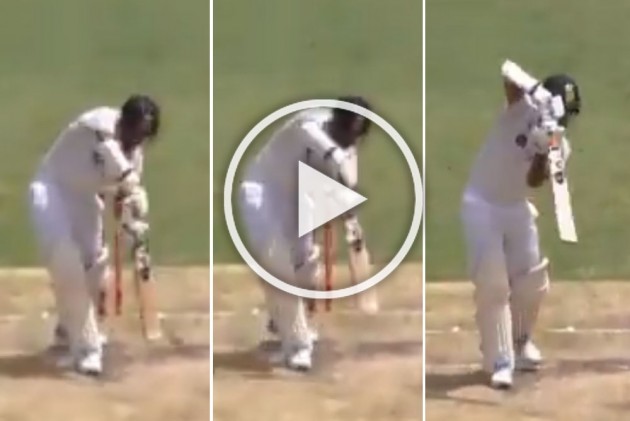 The official Twitter handle of Cricket Australia's digital content team, @cricketcomau, shared a video of India debutant Washington Sundar hitting Mitchell Starc with a caption, which read: "Washington looks the part!" as the fourth and final Test at The Gabba, Brisbane witnessed a stunning fightback from the injury-ravaged visitors.

India lost their top order in a hurry, then Sundar and Shardul Thakur resurrected their innings with a brilliant seventh-wicket stand, which at the time of filing the story was nearing hundred runs -- against one of the best-ever pace attack in cricket history.

During his knock, Sundar played some exquisite shots including that one against Starc. Watch it here:

Oh they certainly do it way better than most - especially India, just that Shardul can bat a fair bit better than Bumrahs & Ishants.

Will he go on?
India have had more starts than Castletown

What beauty
Better than sixes

Sundar, who was not even in the pecking order when the tour started, has now produced an all-round performance that would make even the greatest all-rounders of the game proud.

Australia were dismissed for 369 in their first innings with Sundar and another debutant Thangarasu Natarajan taking three wickets each.

This is a winners' take all match with the series tied at 1-1.