Arsenal Vs Manchester United: Cavani Gets Nod Over Martial, Odegaard On Bench For Saka-less Gunners

Bukayo Saka missed out for Arsenal due to a hip problem, but Martin Odegaard could feature against visitors Manchester United 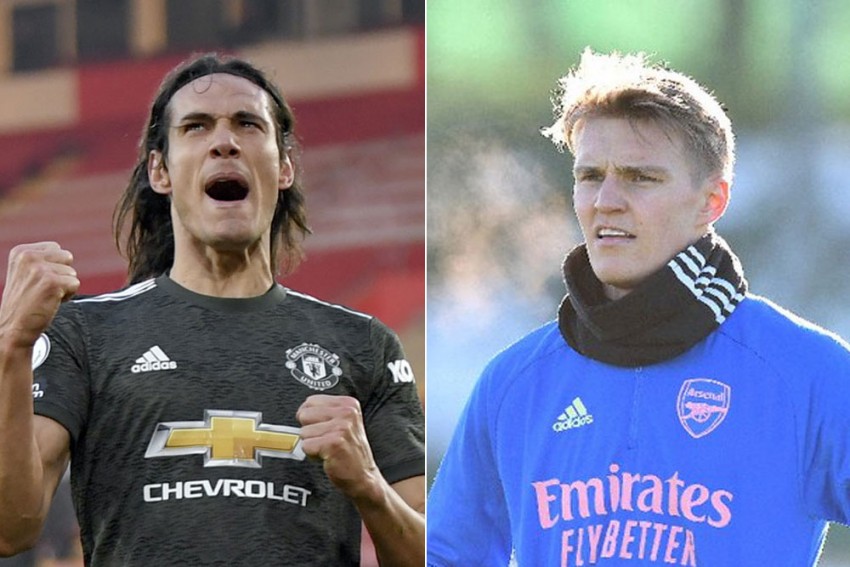 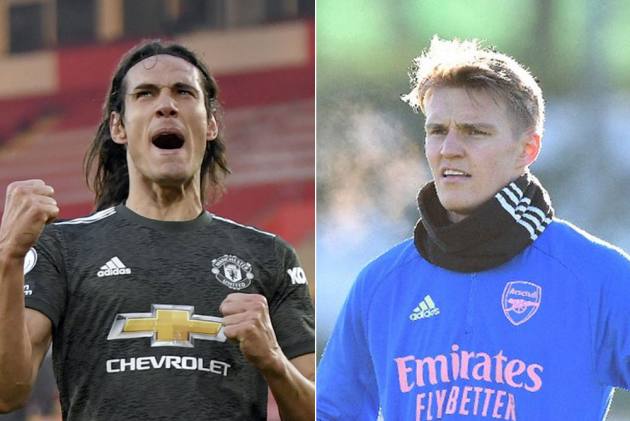 Edinson Cavani was given the nod ahead of Anthony Martial for Manchester United's trip to Arsenal, who included new signing Martin Odegaard among their substitutes but were without Bukayo Saka. (More Football News)

Ole Gunnar Solskjaer's men travelled to Emirates Stadium on the back of a shock 2-1 home defeat to struggling Sheffield United in midweek, as they passed up the opportunity to return to the Premier League's summit.

Martial was one of two United players who suffered abhorrent racist abuse on social media after that match, with Axel Tuanzebe the other.

Both took places on the bench this time around, with Cavani chosen ahead of the Frenchman in attack.

Arsenal confirmed earlier on Saturday that Pierre-Emerick Aubameyang was still absent for personal reasons, while Kieran Tierney remained sidelined with a calf injury.

Cedric Soares continued to deputise at left-back, while Gabriel Martinelli lined up on the left with the in-form Bukayo Saka left out as a precaution due to a sore hip.

Bukayo has been left out as a precaution due to a sore hip#ARSMUN pic.twitter.com/WrjZbmYRoS

Odegaard had a chance to make his Arsenal debut from the bench – the 22-year-old Norwegian having joined the Gunners on loan from Real Madrid this week.

United were aiming to set a new club record of 18 away Premier League matches unbeaten on Saturday, with their last loss on the road coming over a year ago.