Arsenal's Mesut Ozil and Sead Kolasinac were attacked by armed carjackers in London. A video surfaced on Twitter, which showed Kolasinac fighting them. 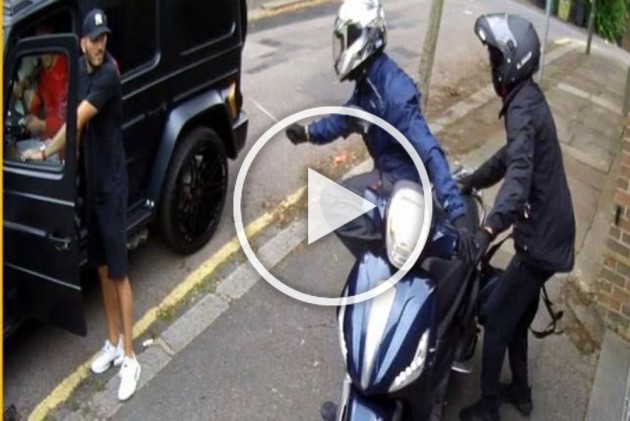 Arsenal stars Mesut Ozil and Sead Kolasinac fought off armed carjackers in London, a video of which has been revealed on Twitter.

In the video, you can see a carjacker wielding a knife at Kolasinac, who also represents Bosnia and Herzegovina.

According to reports, the gang attempted to smash Ozil's black Mercedes with bricks and stones, but an adrenaline-pumped Kolasinac rushed out to face the gangsters. The attempted robbery happened near Golders Green.

This is apparently footage of Mesut Ozil’s car being jumped and Saed Kolasinac showing he definitely is about that life.

Arsenal released a statement, saying, "We have been in contact with both players and they are fine."

A Metropolitan Police spokesman said, "It was reported that suspects on motorbikes had attempted to rob a man who was driving a car."

"The driver, along with his passenger, managed to get away unharmed and travelled to a restaurant in Golders Green, where they were spoken to by officers."