Pierre-Emerick Aubameyang has been Arsenal's go-to man for goals again this season, and he delivered brilliantly in the FA Cup final 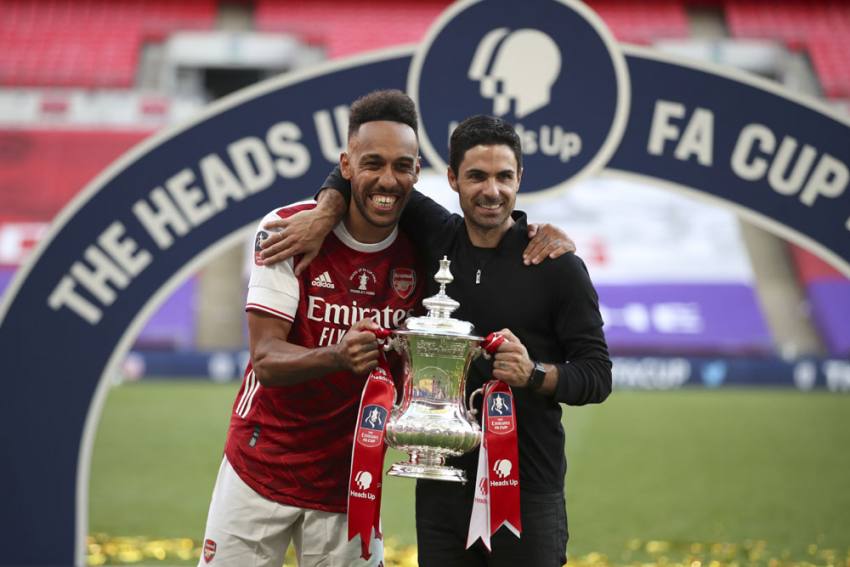 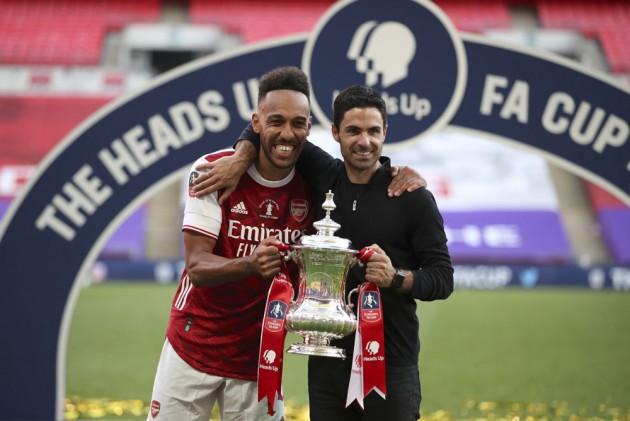 Pierre-Emerick Aubameyang produced a moment of magic to give Arsenal their 14th FA Cup triumph in a dramatic 2-1 Wembley win over 10-man Chelsea. (More Football News)

The striker, whose future with the Gunners remains uncertain, slotted in a first-half penalty to cancel out Christian Pulisic’s opener, before firing home a classy match-winning strike in the 67th minute.

It meant the battle of the rookie bosses was won by Mikel Arteta, with Frank Lampard’s Chelsea ending the game a man down following a red card for Mateo Kovacic.

Arsenal’s success means they earn a place in next season’s Europa League, having finished a disappointing eighth in the Premier League.

Chelsea also lost Pulisic, Cesar Azpilicueta and Pedro to injury ahead of their Champions League encounter with Bayern Munich next weekend.

An early breakthrough came after five minutes for Chelsea when Pulisic clipped in a neat close-range finish after former Arsenal battering ram Olivier Giroud cleverly eased the ball into his path.

It made Pulisic the first American to score in an FA Cup final, but his match would later end in injury agony.

An offside flag saved Chelsea that time, but moments later, in the 26th minute, Arsenal had a penalty after Azpilicueta dragged down Aubameyang.

Pulisic darted through in the first minute of the second half, racing from his own half to the edge of the Arsenal penalty area. Glory was again in his sights but suddenly horror entered the Pennsylvanian’s eyes, a leg injury striking just as he shaped to shoot. As well as missing the target, Pulisic’s race was run, Pedro coming off the bench.

Where Pulisic had been Chelsea’s man most likely, there was no doubting who Arsenal were looking to, and Aubameyang delivered a delicious strike in the 67th minute.

Hector Bellerin charged out of defence and Pepe picked up possession, feeding Aubameyang, who had plenty of work left to do. The former Borussia Dortmund man made it look ridiculously easy as he zig-zagged past Kurt Zouma and floated a sweet finish over the diving Caballero.

Chelsea were in all sorts of trouble moments later when Kovacic received his second yellow card and subsequent red after he and Granit Xhaka battled for the ball, their challenge fading from that point.

Pedro was carried off in stoppage time to deal Chelsea another blow a week before their second leg against Bayern.

What does it mean? Arsenal in Europe

Arteta has made a positive impact on this Arsenal team since his December appointment, and they should continue to improve next season, although keeping Aubameyang may be key to that. The striker has one year left on his contract and this was a reminder of how valuable he is to the north London side. The Europa League awaits Arsenal next season, and this win was richly deserved.

His early goal was a treat, slick build-up matched by a mature finish, but Chelsea’s young American saw his game come to a miserable halt. There will be better days ahead for him and for Chelsea, who were watched at Wembley by new recruit Timo Werner. Werner and Pulisic playing together next season is a mouth-watering prospect.

The Art of management

Arsenal looked lost in the opening 15 minutes, with Chelsea all over them and threatening to run away with the game. But a tactical switch or too, including the none-too-subtle approach of going direct to Aubameyang, paid off for boss Arteta.

He was an FA Cup winner last year, as assistant to Pep Guardiola for Manchester City’s 6-0 hammering of Watford, but this was his day in the sun.

Arsenal's turbulent 2019-20 season is over, because they tumbled out of the Europa League against Olympiacos back in February. Chelsea's Champions League run looks set to end next Saturday, when they head to Germany trailing Bayern 3-0 after the first leg of their last-16 tie.