The fans will not be thronging Sourav Ganguly's Behala house on Wednesday, keeping in mind the current lockdown restrictions and they have come up with the idea of distributing masks with Ganguly's photo printed on them. 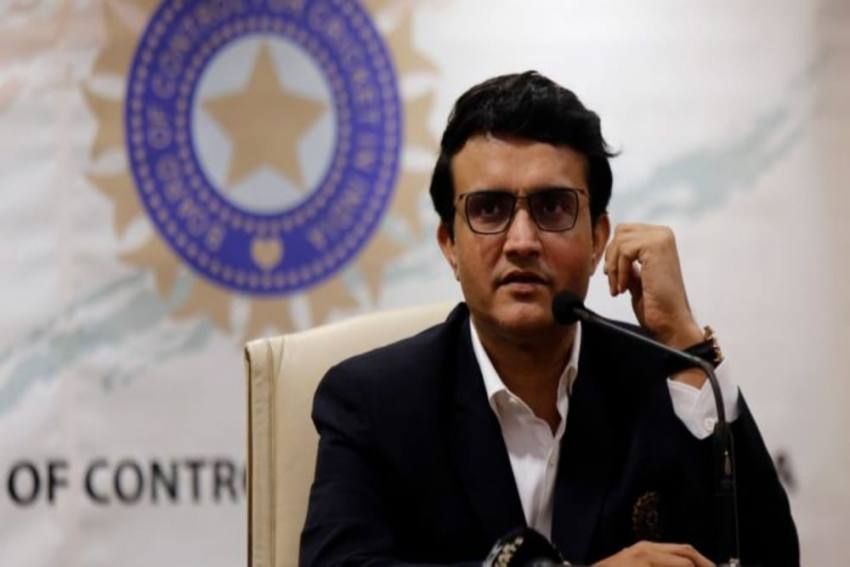 For fans living near Sourav Ganguly's house at Behala, it's going to be a forgettable birthday without any celebrations.
Twitter
PTI July 07, 2020 00:00 IST Ardent Fans Of Sourav Ganguly To Distribute Masks On His Birthday Amid COVID-19 Pandemic 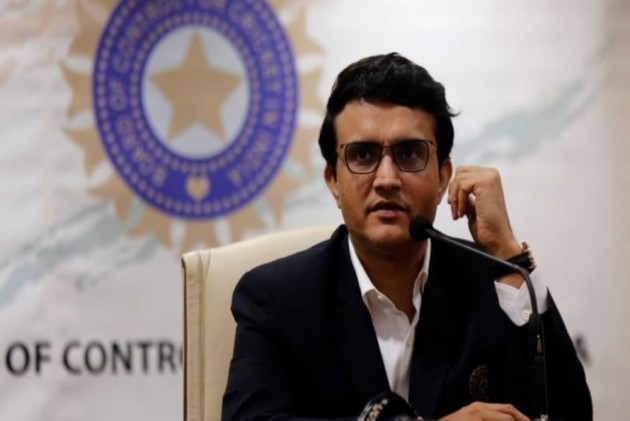 It's a grand affair in normal times but due to the COVID-19 pandemic, the ardent fans of BCCI President Sourav Ganguly, who turns 48 on Wednesday, have chosen to celebrate an unusual 'masked' birthday.

The fans will not be thronging Ganguly's Behala house on Wednesday, keeping in mind the current lockdown restrictions and they have come up with the idea of distributing masks with Ganguly's photo printed on them.

"This time it was all the more special as this is his first birthday as BCCI president but it's unfortunate that we can't go for a cake cutting celebration, so we decided to make masks," Manas Chatterjee who runs Ganguly's fan group, Maharajer Darbare, on Facebook told PTI from Bankura.

"We have made 100 masks with Dada's 1996 Lord's debut photo on one side and the current photo as BCCI president on the other. We will distribute the masks among the members.

"Some members in Kolkata will go to his residence at Behala to gift him the masks. We have spoken to the security staff at Dada's residence."

The group has more than 9000 fans from across the state and the masks have been sent out to the members in various districts like Bardhaman, Asansol, Nadia, North, South 24 Parganas. They will be sporting the masks on Wednesday.

Since the customary cake-cutting ceremony would not be possible this time, the fans thought of stitching the white coloured masks, with two photos of Ganguly on the left and right sides.

The fan group is also looking for some charity work by raising money from selling the masks.

"We have identified 48 Cyclone Amphan affected families from various districts. Our members will go to distribute relief materials. We have chosen 48 families keeping in mind Dada's 48th birthday," Chatterjee said.

Looking at the response, the group also plans to sell the masks with a price tag of Rs 96 -- the year Ganguly made his famous Lord's Test debut, where he hit 131.

"We have got some inquiries and are waiting for some more. The money raised will be used for charity work," he said.

For fans living near Ganguly's house at Behala, it's going to be a forgettable birthday without any celebrations.

"I had spoken to the security staff of his residence and they have politely asked us not to gather with cake and this time it will be a low-key affair," said one of his ardent fans Ratan Halder who runs a fan club since the Greg Chappell controversy in 2005.

Every year, he distributes sweets and cakes for school children but in the current situation Halder has chosen to do some relief work.

"I'm planning to distribute relief materials for COVID-19 affected families near our area," he said.

For another Ganguly fan, Shantanu Saha, who is also a cricket coach and runs an academy near Behala, all the celebrations have been shelved this time.