Sunil Chhetri will once again be India's main weapon against Afghanistan in their 2022 FIFA World Cup qualifier at Dushanbe's Central Republican Stadium. Here are his goals against his upcoming opponents 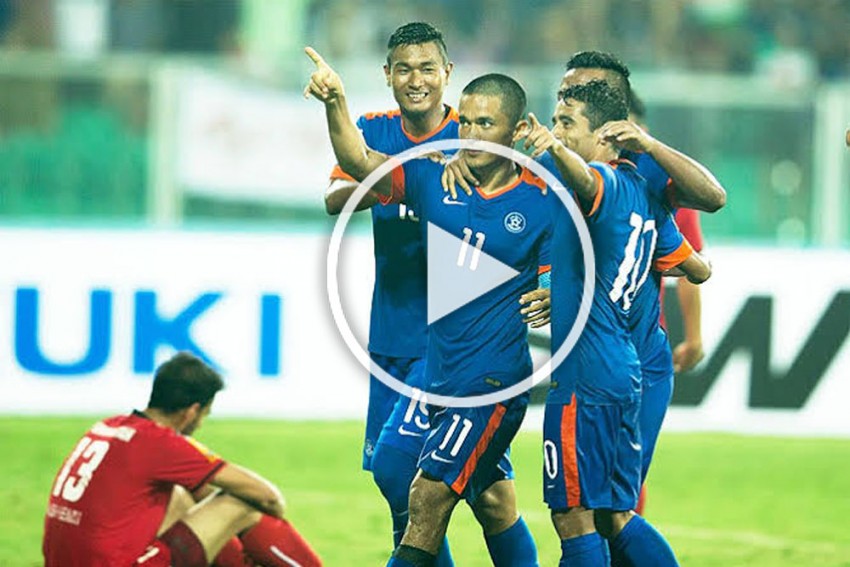 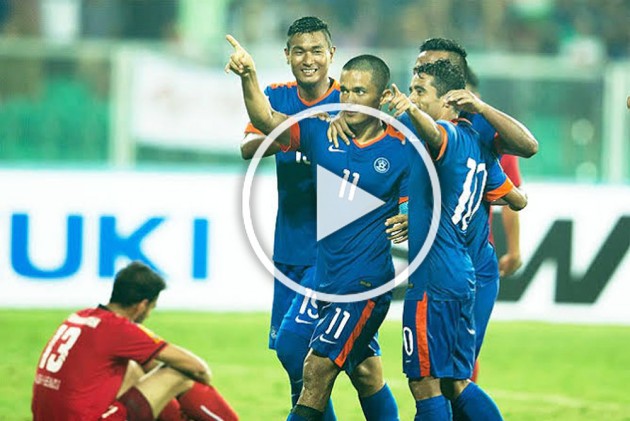 Going into India's crucial 2022 FIFA World Cup qualifier against Afghanistan in Dushanbe's Central Republican Stadium, Sunil Chhetri will once again be the man tasked with scoring goals for his side. The striker has prolific at international level, and is the most consistent scorer for the Blue Tigers. Also, the team hasn't been able to find a suitable replacement yet for 35-year-old. Against the Afghans, he has scored three goals, with all of them coming in the SAFF Cup.

Here are his goals:

Chhetri's first goal against Afghanistan came in the 2011 SAFF Cup in a group stage fixture, where both sides drew 1-1 in the Jawaharlal Nehru Stadium. The Blue Tigers fell behind by a goal, with the Afghans getting an early lead in the fourth minute. Chhetri scored the equaliser for India. It was a delightful header via a corner kick.

The Bengaluru FC striker's next goal came in the same tournament's final, which India won 4-0. The other goalscorers were Clifford Miranda, Jeje Lalpekhlua, Sushil Singh. It is worth noting that the match was level until the 69th-minute when Chhetri scored via a penalty. A foul on Jeje got India the spotkick, with Chhetri slotting it into the bottom left corner.

His final goal came in the 2015 SAFF Cup, which India won 2-1. With the scores level at 1-1, Chhetri slotted home past a hapless goalkeeper amidst a chaotic Afghan defence. he also assisted Jeje in India's equaliser.