Goals from Rahul Bheke (2), Cleiton Silva (2) and Sunil Chhetri put a seal on the tie and handed the Blues passage into the playoff stages of the continental competition. 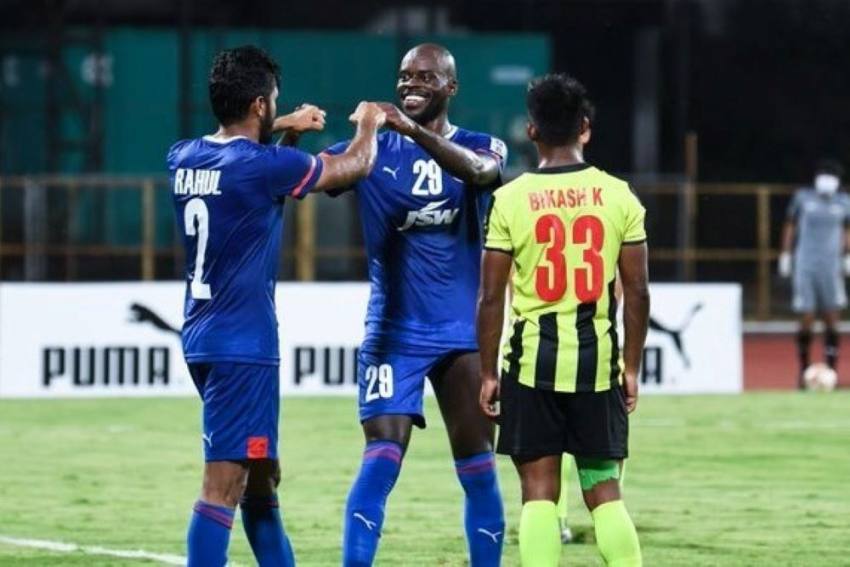 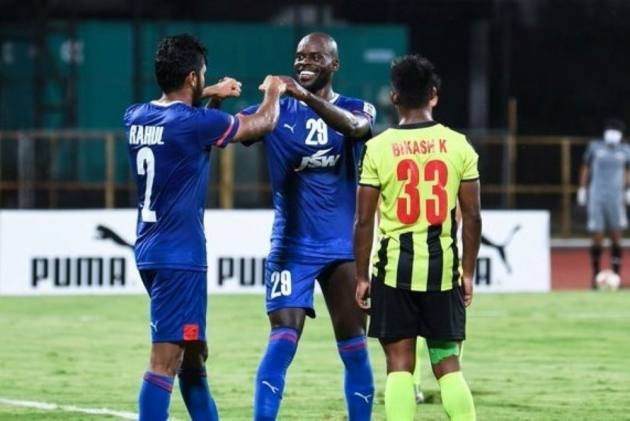 A second half goal rush saw Bengaluru FC mark the start of new coach Marco Pezzaiuoli's reign at the club with a convincing 5-0 win over Nepalese side Tribhuvan Army FC in their 2021 AFC Cup Preliminary stage two clash in Bambolim on Wednesday.  (More Football News)

Goals from Rahul Bheke (2), Cleiton Silva (2) and Sunil Chhetri put a seal on the tie and handed the Blues passage into the playoff stages of the continental competition.

Gabonese defender Yrondu Musavu-King made his Bengaluru debut, partnering Juanan Gonzalez at the back.

The Blues made a strong start to the game, controlling possession and being patient in their search for an opening. Ashique Kuruniyan and Bheke provided width on the flanks, as Bengaluru looked to stretch the visitors and find gaps in their defence.

Tribhuvan Army made their first foray into the Blues' box in the 13th minute, which ended with Gurpreet Singh Sandhu making a regulation save from what was a speculative effort from the edge of the area. Only two minutes later, Tribhuvan skipper Nawayug Shrestha raced free down the left flank but Bheke's well-timed sliding tackle stopped him in his tracks.

The Blues' best chance of the first period fell to skipper Chhetri, but his effort from within the box was parried away by TAFC custodian Biwash Chaudhary. Ashique Kuruniyan's effort on the rebound was then saved by Chaudhary, and the sides made their way into the tunnel with the scores unchanged.

The Blues came out all guns blazing in the second period, and their persistence was rewarded just six minutes after the break, when Rahul Bheke nodded home a corner from Cleiton Silva to put Bengaluru 1-0 up. Only moments later, a scramble in the box saw the ball fall to Chhetri, who made no mistake to slot past Biwash to double the Blues' advantage.

The Blues then added two more in quick succession, with Silva's stamp on both. Chhetri flicked the ball to the Brazilian, who shrugged off his marker, rounded the 'keeper and then slotted home into an empty net to make it 3-0 on the night.

Less than a minute later, Udanta managed to wriggle free of three players down the right flank and found Bheke, whose cross into the area was brought down by Cleiton and finished on the turn past a hapless Biwash in the TAFC goal.

In what was a repeat of the Blues' opener, Silva's corner in the 65th minute was nodded home once again by Bheke for Bengaluru’s fifth of the evening.

Pezzaiuoli then shuffled with his personnel, sending on Ajith Kumar, Edmund Lalrindika and Namgyal Bhutia. Damaitphang Lyngdoh’s introduction in the 75th minute had a touch of history to it, as the Meghalaya-born midfielder became the Blues’ youngest ever player.

Bengaluru were happy to keep possession for the remainder of the game, closing out what was a dominant second-half performance.

The Blues will face one of Abahani Dhaka Limited (Bangladesh) or Club Eagles (Maldives), in their playoff clash, scheduled to take place at the same venue.