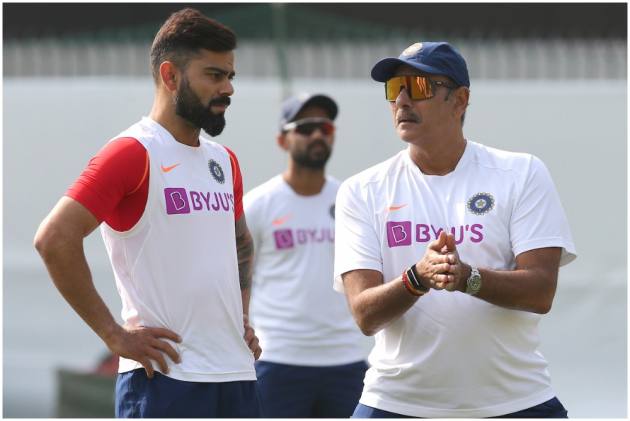 The Indian men’s cricket team will have a new head coach after Ravi Shastri confirmed that he won’t be seeking a contract extension after the ICC T20 World Cup in the UAE and Oman next month. (More Cricket News)

Since taking over from former spinner Anil Kumble in mid-2017, Shastri has supervised India’s Test series victories in Australia, although the Men in Blue were knocked out in the 2019 ICC World Cup semifinals.

“I believe so because I’ve achieved all I wanted,” Shastri told a British newspaper. “Five years as No. 1 (in Test cricket), to win in Australia twice, to win in England. We’ve also beaten every country in the world in their own backyard in white-ball cricket. If we win the World Cup that will be the icing on the cake.”

The decision comes just days after Virat Kohli announced that he would be stepping down from India’s T20 captaincy after the conclusion of the World Cup next month.

With Ravi Shastri also announcing that he won’t be staying, the doors have once again opened for Anil Kumble to return to the Indian dressing room. The former captain served as India's head cricket coach from 2016-17.

The 59-year-old Shastri said it was the perfect time to step aside. “I believe one thing – never overstay your welcome. And I would say that, in terms of what I wanted to get out of the side, I’ve over-achieved,” he added.

Meanwhile, it has been learnt that the BCCI will ask Kumble to apply for the India coach’s job along with another former batsman VVS Laxman. While Kumble is currently working as the head coach of Punjab Kings in the Indian Premier League 2021 which resumes Sunday in UAE, Laxman is mentoring Sunrisers Hyderabad squad.

Laxman also works as a batting consultant for the Bengal in domestic cricket.

Earlier this week, Ravi Shastri came under fire after he attended a book launch event in London this month where guests were seen without masks and contracted COVID during India’s fourth Test against England at the Oval.

Bowling and fielding coaches Bharat Arun and R Sridar and physio Nitin Patel also contracted the COVID-19 along with Shastri. The fifth and final Test against England in Manchester was called off after junior physio Yogesh Parmar also tested positive. Netizens blamed Shastri for bringing in the virus from the book launch event.

The Indian cricket team was wary of COVID spread ahead of the IPL in UAE and the Old Trafford Test was cancelled. It will be played at a later date.