Meghalaya off-spinner Nirdesh Baisoya claimed 10 wickets in the U-16 Vijay Merchant Trophy fixture against Nagaland in Tezpur on Wednesday. Baisoya emulated Anil Kumble and Rex Singh in achieving the feat. 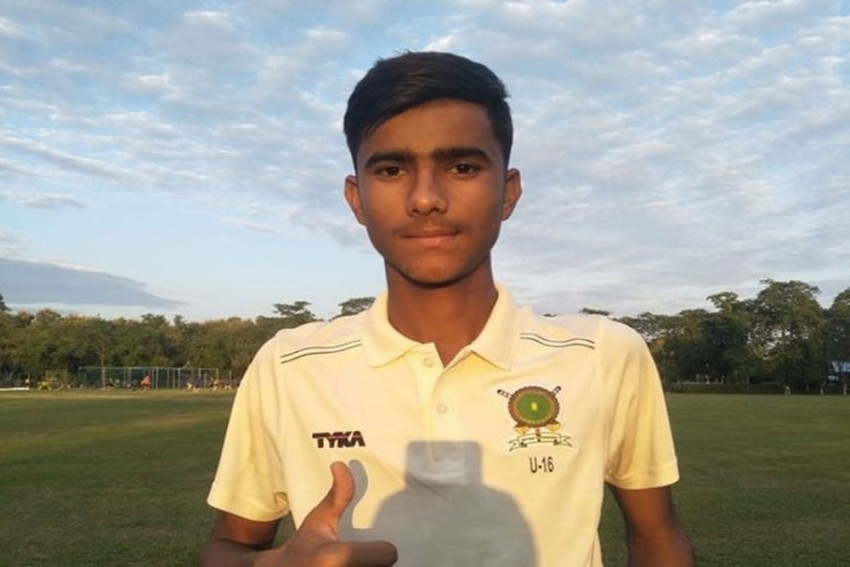 Nirdesh Baisoya after picking up 10 wickets in an innings against Nagaland in Tezpur on Wednesday.
Twitter
Outlook Web Bureau November 06, 2019 00:00 IST A Rare Perfect 10 For Meghalaya's Nirdesh Baisoya In U-16 Vijay Merchant Trophy 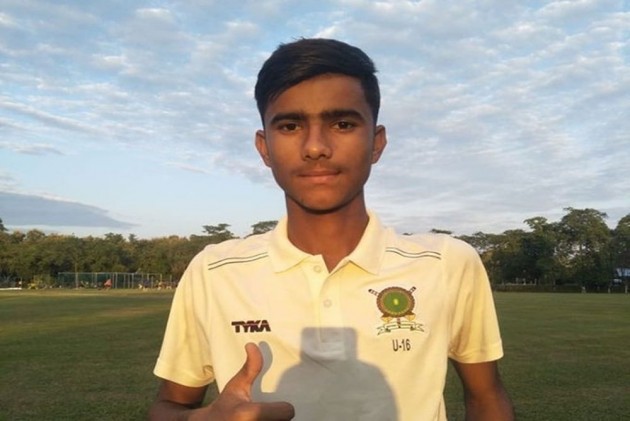 Off-spinner Nirdesh Baisoya achieved a stupendous feat on Wednesday (November 6) by grabbing all 10 wickets in an innings while playing for Meghalaya against Nagaland in an U-16 Vijay Merchant Trophy match in Tezpur (Assam). (CRICKET NEWS)

Baisoya, who is originally from Meerut, returned with stunning figures of 10 for 51 in 21 overs with 10 maidens to sent Nagaland packing for just 113 on Day 1.

Leg-spinner Anil Kumble registered such magical figures of 10/74 against Pakistan in the Delhi Test in 1999 which India won by 212 runs.

Manipur pacer Rex Singh created history last year as he accomplished the rare feat of taking 10 wickets in an innings in a Cooch Behar Trophy match.