After days of ill-tempered rhetoric, the central government said it regretted last Sunday's injuries and suggested Catalonia should hold a regional election to settle the crisis. 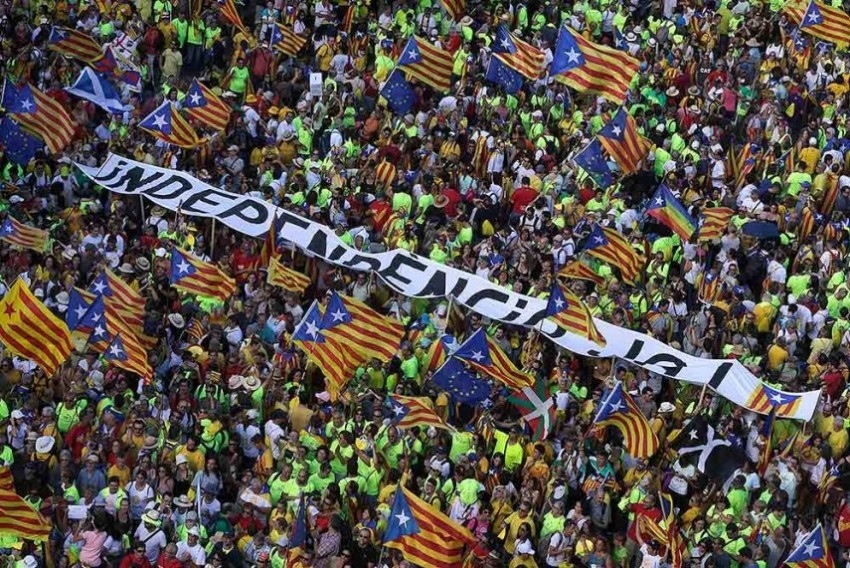 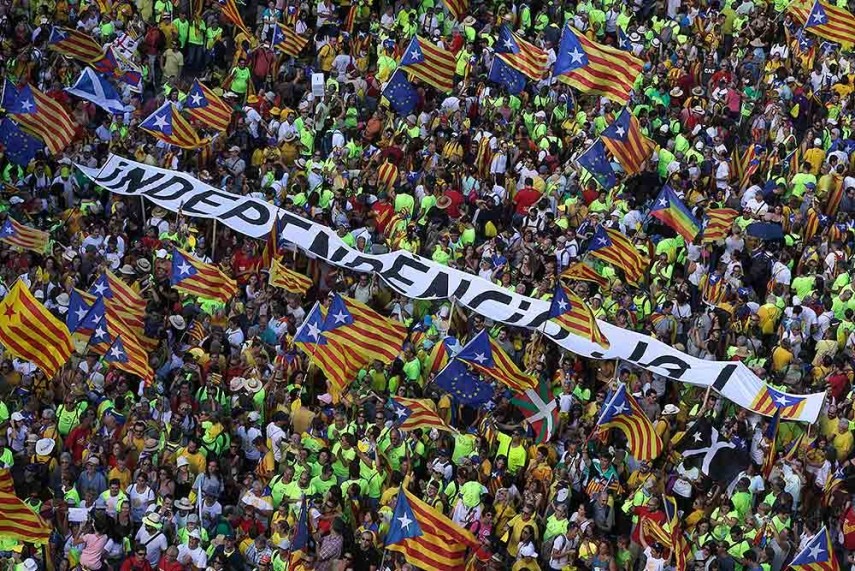 A Spanish government official today offered the first apology to Catalans injured by police during their outlawed independence vote as the sides showed tentative signs of seeking an exit from the crisis.

The worsening standoff raised fears of further unrest in the northeastern region, a tourist-friendly land of 7.5 million people that accounts for a fifth of Spain's economy.

But today saw the first signs the sides may be willing to step back from the brink in a political conflict that threatens to destabilise Europe.

After days of ill-tempered rhetoric, the central government said it regretted last Sunday's injuries and suggested Catalonia should hold a regional election to settle the crisis.

Catalan government minister Santi Vila, a close of ally of regional president Carles Puigdemont, meanwhile told broadcaster Rac1 that his side could consider a "ceasefire" in the dispute, to avoid a further crackdown by Madrid.

Puigdemont postponed an appearance in the regional parliament at which some leaders were hoping for a declaration of independence, a spokesman said.

"I can do nothing but regret it, apologise on behalf of the officers who intervened," said the government's representative in Catalonia, Enric Millo.

"I am very sad, very sorry, we deeply regret that we have arrived at this situation, it has been very hard, everything that we have experienced and seen these past few days," he said.

"It would be good to start mending this fracture... through regional elections," he told a news conference.

The court summons raised tensions, but despite the gravity of the accusations the court did not issue a custodial order that could have further escalated the dispute.

A court official told AFP the judge had ordered no custody or other cautionary measures against them pending an investigation into the accusations.

The two civil leaders were accused of sedition for their role in unrest during protests in Barcelona last month.

Trapero's force was accused of failing to rein in the protesters.

"We are convinced that sooner rather than later the Spanish state will have to sit down for a dialogue" with the Catalan regional government, Cuixart said.

The government says it will not join in any talks or accept mediation until the Catalans abandon their independence drive.

Spain's Constitutional Court yesterday ordered the suspension of a session scheduled for Monday in the Catalan parliament at which some leaders have called for an independence declaration.

If Catalonia declares independence, Spain could respond by suspending the region's existing autonomous status and imposing direct rule from Madrid.

It passed a decree to make it quicker for businesses to shift their legal domiciles away from one region to another.

Catalonia's second-biggest bank said yesterday it was shifting its legal headquarters out of the region due to the turbulence.

Catalonia's biggest lender CaixaBank was also set to hold discussions today about possibly shifting its legal domicile out of the region, a source close to the matter told AFP.

With its own language and cultural traditions, demands for independence in Catalonia date back centuries but have surged during recent years of economic crisis.

Barcelona Football Club, a powerful symbol of Catalan identity, and its captain Andres Iniesta called for dialogue to settle the crisis.

"Do it for all of us. We deserve to live in peace," Iniesta wrote on Facebook.

His Spain team mate and Real Madrid rival Sergio Ramos said he hoped the crisis will be "resolved as soon as possible."

He spoke at a news conference ahead of Friday night's World Cup qualifier against Albania.

But Ramos also said "hats off" to Spain's King Felipe, who angered Catalan leaders by calling them to drop their independence drive.