Prime Minister Narendra Modi said people who deem cows and 'Om' as taboos have left no stone unturned to destroy the country. 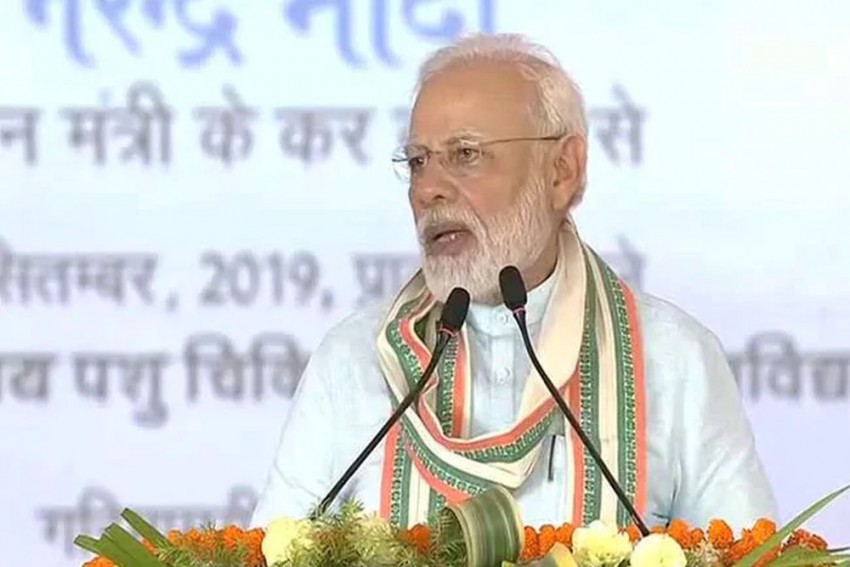 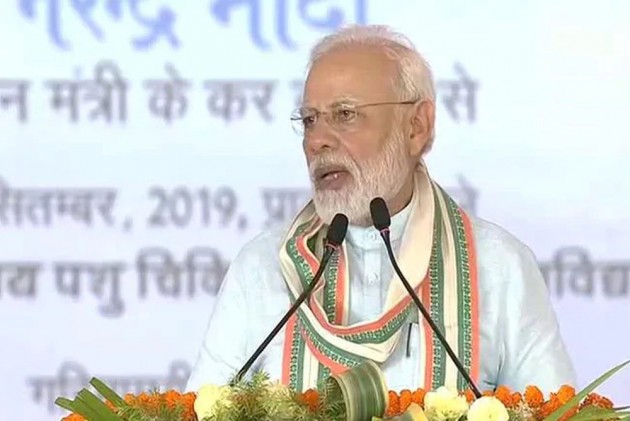 Lashing out at those who have been critical of the government's policies to protect cows, Prime Minister Narendra Modi on Wednesday said that some people deem words like 'cow' and 'Om' as taboos. He said such people have ruined the country.

"When some people hear words like 'Cow' and 'Om', they get goosebumps. They feel like the country has gone back to 16th century," Prime Minister Modi said while addressing the inaugural event of National Animal Disease Control Programme in Mathura in Uttar Pradesh.

He said people who deem cows and 'Om' as taboos have left no stone unturned to destroy the country.

"They get an electric shock when they hear words like cow and Om," PM Modi said.

With 100 per cent funding from the central government till 2024, the Rs 12,652 crore programme aims at vaccinating over 500 million livestock including cattle, buffalo, sheep, goats and pigs against the FMD.

The programme, launched by the prime minister here, has two components to control the diseases by 2025 and eradication by 2030.