Yadav, along with senior lawyer Prashant Bhushan, founded Swaraj Abhiyan after they were expelled from AAP in 2015. 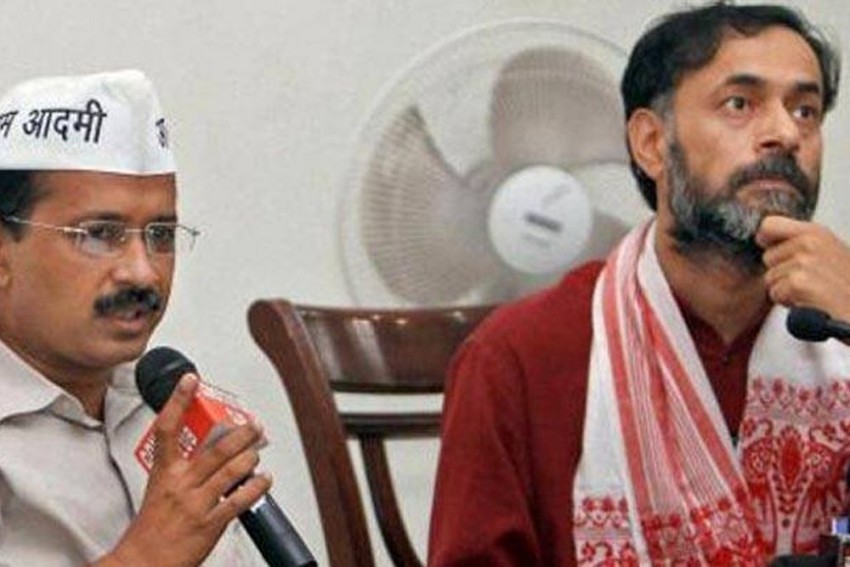 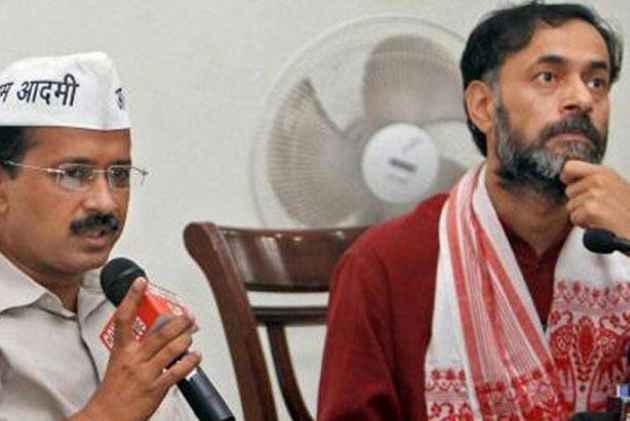 outlookindia.com
2018-07-12T13:40:08+05:30
Delhi Chief Minister Arvind Kejriwal today extended his support to Yogendra Yadav, former founder-colleague of the AAP, after a raid was conducted by the Income Tax department at his sisters' hospital-cum-nursing home premises in Rewari on Wednesday.
"We strongly condemn victimisation of Yog  Yadav’s family by Modi govt thro the use of agencies like IT. Modi govt shud stop such vendetta politics. (sic)," said the AAP chief who has his own share of allegations against the centre.
Yadav had alleged on Wednesday that the raid was conducted with an intent to "intimidate" and "silence" him as he had launched an agitation for fair crop price for farmers and against liquor shops in that city in Haryana.
Dismissing his allegations, an Income Tax official later told news agency PTI Rs 22 lakh cash was recovered at the premises of Yadav's sister's hospital, after it was detected that the owners allegedly made cash payments to a Nirav Modi firm for purchasing jewellery, officials said.
Officials said the tax department carried out the action acting on inputs received from a dossier of information from the group of diamond merchant Nirav Modi, absconding from probe in the USD 2 billion PNB fraud case. It was found that Gautam Yadav allegedly paid Rs 3.25 lakh in cash, out of the total Rs 6.50 lakh, for purchase of jewellery from the diamantaire's firm.
"The current cash limit in the hand of a person is Rs 2 lakh and the source of this recovered cash amount of Rs 22 lakh is being probed," an official said.
When asked about the ITD allegations, Yogendra Yadav told PTI, "The question is whether this money is unaccounted for? I do not know about the accounts of the hospitals."
Yadav, who started his campaign with a 'padyatra' (march) three days ago, took to Twitter to allege that the Modi government was "targeting" his family.
"Modi regime now targets my family. Two days after my 9-day padyatra in Rewari and launching of agitation for MSP (minimum support price) and against liquor thekas (shops), a massive IT raid is on at the hospital-cum-nursing home of my sisters in Rewari," he alleged in his tweet.
Chief minister Arvind Kejriwal expressed his solidarity with Yadav, terming the raid as centre's "vendetta politics."
Kejriwal and Yadav were co-founders of the Aam Aadmi Party, fighting against the then incumbent Congress government in Delhi and the BJP. Dissent within the party however lead to a fallout between the two, and Yadav, along with senior lawyer Prashant Bhushan founded Swaraj Abhiyan after they were expelled from AAP in 2015.
(Inputs from PTI)
For in-depth, objective and more importantly balanced journalism, Click here to subscribe to Outlook Magazine

Militant Killed In Encounter In Kupwara