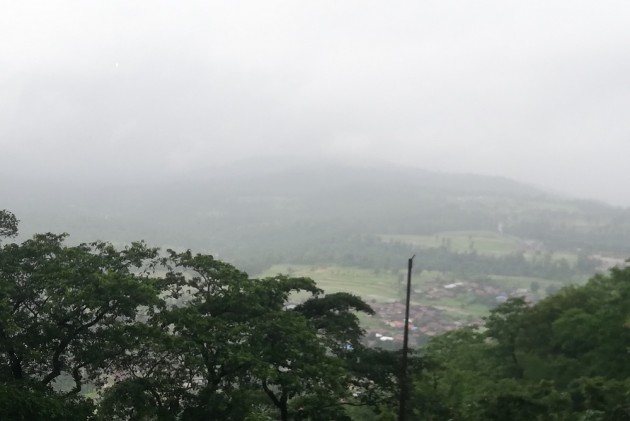 Gujarat’s much awaited Saputara Monsoon Festival began with great fervor from today. The month-long festival, which concludes on September 9, was inaugurated by Minister of Tourism, Jawahar Chawda at Saputara. While inaugurating the festival, Minister said that Gujarat is witnessing the growth of tourist footfalls at an average of 14 per cent per annum.  The numbers of tourist visiting Gujarat has reached almost 6 crores, last year.

Gujarat Minister further said that Gujarat tourism industry is marching ahead with good infrastructural amenities development. .Each year, the popular festival is specially curated to pay a magnificent ode to Saputara’s beauteous monsoon. This time’s ninth edition will be marked by an array of eclectic activities including exhibitions, adventure activities, cultural programmes, food festival, interactive games, competitions, flash mobs and much more organised by Gujarat Tourism. The festival is organised by Gujarat Tourism to encourage tourism, promote Saputara as a hill resort destination and create awareness about its many natural and cultural attractions soon after the arrival of monsoon.

This year, a special inaugural parade was organised during the opening ceremony of the Monsoon Festival. The parade featured a fascinating tableau and a flash-mob featuring 25 artistes, garba-folk dances, brass bands and various other attractions. The folk dance of the famous Siddi brothers of Gujarat and the folk dance of Rajasthan was performed by the artists along with the traditional Garba of Gujarat. Slit walkers, fire heaters, cartoon characters and jokers, balloon arches etc were part of the inaugural function specially organised to attract children. The local Dangi folk dances were exhibited by about 35 artists, which was one of the major highlights of the programme today.

Many fun-filled activities like painting, quizzes, glass paintings etcwerealso organized for locals and tourists visiting the Saputara festival. A special photo corner and interactive games were a part of the function. Through the festival, hour-long special cultural programmeswill be arranged that will include various performances by local artists during evenings between 4 and 7 pm in the Main Circle Parking Area, moreover at the famous Governor Hill and the Saputara Lake area local artists will perform their local regional instruments. Special food stalls will be set up and air balloons will also be arranged during the event. For visitors’ convenience, safety facilities like waterproof domes, help desks, healthcare facilities, drinking water, security and parking have also been arranged at the venues.The month-long festival will also see a light and sound show every day in the evening to entertain people.

Shri Jenu Devan MD TCGL, said, “The festival is very popular in Gujarat and our neighbouring state Maharashtra.Since the last few years we have been seen a great rise in tourist footfall from across the country. The tourist flow goes up phenomenally during the Monsoon Festival. Saputara is indeed a beautiful place and during the monsoon it blooms in full glory.  The Tourism department is taking various initiatives to provide the best of experiences to tourists. We have special tour packages for tourists arriving from different parts of the country. The festival also serves the government’s major objective of providing income generation and livelihood to the locals. The popularity of Saputara will definitely increase and we will see more people coming in and enjoying the true beauty of monsoon here.”

Saputara is nestled in the picturesque Dang District and the densely wooded hills of the Sahayadris. It’s a part of Gujarat’s only mountainous region and has emerged as one of the state’s major tourist destinations.

How to reach Saputara?

For tourists wishing to visit Saputara, the nearest airport is Surat which is 164 km away. Nashik is about 85 km from here and Mumbai is 250 km.