'Smaller Taxpayers Have Been Given Relief Before', Jaitley Defends Not Giving Benefits To Middle Class In Union Budget 2018

Last year, the government reduced the tax on individual earning annual income up to 5 lakh from 10 per cent to 5 per cent lowest in the world, he said. 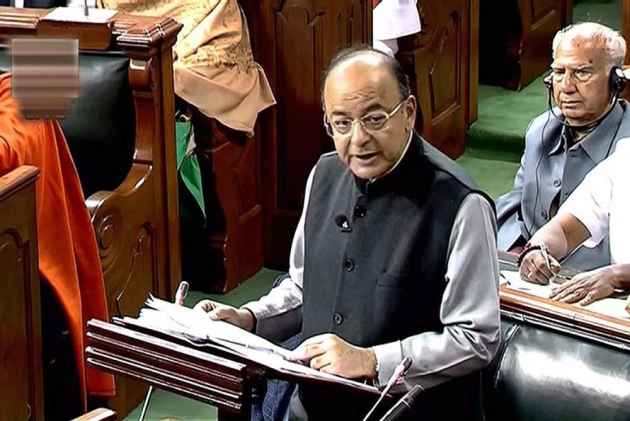 Finance Minister Arun Jaitley today defended not giving away major relief to middle class by saying the government has already done enough in the past Budget and will further provide succour in the future depending on fiscal space.

Citing various major announcements done in the past, he said, when the government came in the exemption limit was raised from Rs 2 lakh, additional exemption of Rs 50,000 on saving so Rs 1 lakh became Rs 1.5 lakh and another exemption Rs 50,000 for housing loan repayments raising it to Rs 2 lakh per year.

For professionals like doctors, lawyer, he said, the government made taxation simple for those having income up to Rs 50 lakh.

For such category of small taxpayer, income tax was levied on the 50 per cent of their income and remaining 50 per cent were considered as expense under presumptive income scheme, he said at a post Budget event organised by Open magazine.

With regard to traders with turnover of Rs 2 crore, he said 6 per cent was taken as presumptive income and tax was calculated on that portion only.

Last year, the government reduced the tax on individual earning annual income up to 5 lakh from 10 per cent to 5 per cent lowest in the world, he said.

Pointing out that revenues are required for building infrastructure, protecting border and social security, Jaitley said, "Today to reduce the tax base by saying the number of tax payers are being reduced, you don't serve the larger national interest."

The government can serve national interest by ensuring that people come within the tax net but the smaller body given concessions in various ways so that they pay less, he said.

"I gave a comparative chart, people in salary circle end up paying up more than those in business and therefore there is case for bringing back standard deduction ... I am sure there would be an opportunity to expand it further itself," he said.

On the crude oil prices having impact on fiscal maths, the Finance Minister said rising prices are a matter of concern but these are still within the comfort level of the government.

"I think India has got out of high inflation era and the inflation target of 4 per cent plus minus 2 per cent is a reasonable figure and it is achievable," he said.

The recent spike in inflation is mainly due to rise in vegetable prices, crude oil prices and allowance given to central government employees, he said.

"I stand by both these announcements and will happen at appropriate time once the financial health of the banks strengthen," he said.

Replying on meeting disinvestment target, the finance minister said this year was significant as it touched the figure of Rs 1 lakh crore.