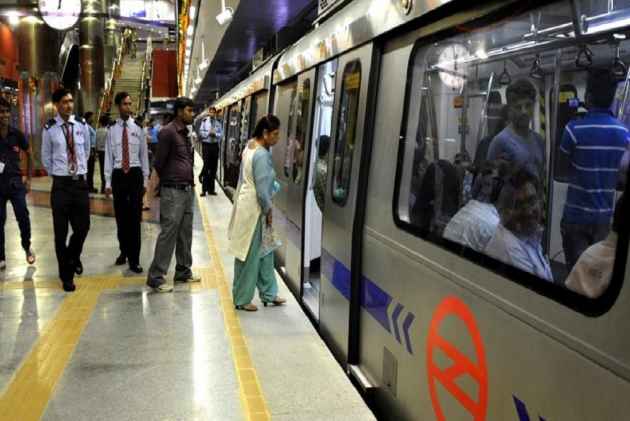 The Delhi Assembly on Monday passed a government resolution to oppose the proposed metro fare hike, with Deputy Chief Minister Manish Sisodia alleging that it was a "conspiracy" for benefiting private cab operators.

The resolution, moved by Transport Minister Kailash Gahlot, was passed by a voice vote in the House.

Without naming the Centre, Sisodia said that there was an attempt to make the Delhi Metro "premium public transport", but the AAP government would not allow it.

The deputy chief minister, during a discussion on the resolution, said, "The (Delhi) Metro is being run by the money of people who don't want fares to be increased."

"Conspiracy is being hatched so that Ola and Uber companies will be benefited. This is being deliberately done so that the fares of Metro are more than that of taxis of private companies," Sisodia told the House.

He argued that if the metro fares were expensive, people would shift to cabs, resulting in an increase in the pollution levels in Delhi.

The Aam Aadmi Party has been opposing the proposed metro fare hike scheduled to be effective from tomorrow.

Yesterday, Chief Minister Arvind Kejriwal had offered to take over the metro if the Centres agrees.

Sisodia said today that, "We will soon expose the truth behind the conspiracy. DMRC is not a soap company, instead it has been set up by people's money." he said.

He claimed that if the Delhi Metro Rail Corporation (DMRC) had used its property efficiently, there would not have been any need for increasing the fares for the second time.

The last fare hike was in May this year.

Sisodia also vowed to make the Metro "profitable and efficient" if the DMRC is taken over by the government.

During the discussion, Transport Minister Gahlot said the DMRC has "failed" to earn revenues through its property development despite the fact that it has properties in several prime locations in the national capital.

"From 2006 to 2017, the Metro has earned only Rs 413 crore from the property development. If they (Metro) would use their property efficiently, there would be no need to increase the hike," Gahlot said.

Hitting out at the Delhi government over the issue, Leader of Opposition Vijender Gupta said the AAP dispensation was not serious about the people's concern.

"There are five nominees of the Delhi government in the DMRC board. Why did they allow the board to increase fares of Metro? The government is not serious on this issue," Gupta alleged.