Shooting With The Star

Kartik Krishnan recalls what it was like to audition for work with Jacques Audiard. 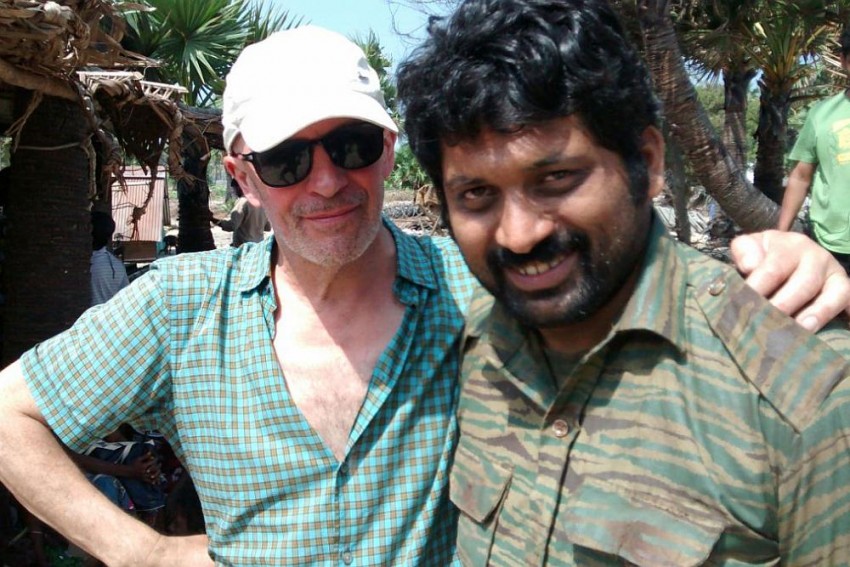 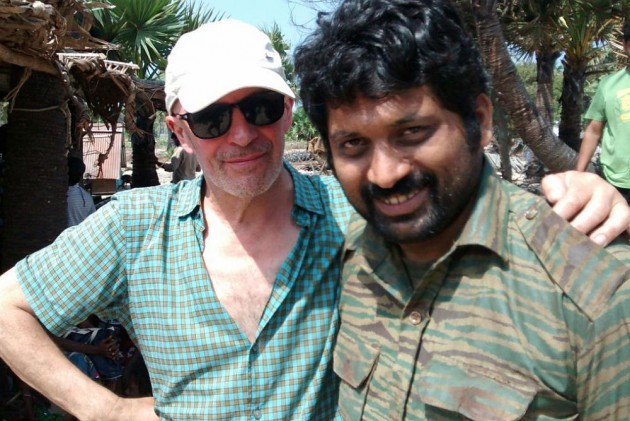 Jacques Audiard, the well known director of films like The Beat That Skipped My Heart, The Prophet and Rust and Bone won the Palme d'Or at the 2015 Cannes Film Festival for his latest Dheepan, a film about three Tamil refugees fleeing to France and finding a life away from war-ravaged Sri Lanka. Kartik Krishnan who has a small role in the film recalls what it was like to audition for work with the icon.

Casting director Nandini Shrikent's team had emailed me the details of Dheepan last year in July. The audition was to be held in Alliance Française de Madras in August. The written script was in Tamil (and the lingo was Sri Lankan Tamil), my mother tongue, which I could speak and understand but not read/write in. So with great help from my aunts I managed to work on the lines and landed up in Chennai for the audition. I still remember staying in a lodge in what felt like Chennai's Paharganj and rehearsing with Siddarth Varma, an actor friend of mine. More than 90% of the film was set in France and it seemed to be an intimate story of a man, woman and child uprooted and trying to survive in an alien land. There were four big scenes of varying emotional arcs in the audition and they were for the part of the lead! A lead in an Audiard movie! The guy who made the brilliant Prophet! It felt like a dream.

The audition was an experience that I had never had before. The casting director Philippe Elkoubi turned the camera on and just asked me to talk about my life, joys, insecurities, struggles, happiness, worries, in general. After a while, when I felt emotionally naked, he smiled and decided I was ready for the take.

With the help of Seema (theatre artist, French-Tamil translator) I did two audition scenes for the lead and was then asked to audition for another part as well. The actor in me immediately realised "Ohhh may be I'm not fit for the lead" but hid the disappointment to myself and tried to give my best shot. At that point the fact that my audition tape would perhaps be seen by Mr Audiard was itself a big high.

Cut to January 25, 2015 — I landed at the location near the picturesque Rameshwaram. It was a war torn Sri Lankan village setting with nearly 200 junior artists, bunkers, makeshift tents, Red Cross signage and lot of 'taam-jhaam'. Ten days of pre production for three days of shoot. Though the core crew was French (nearly 15-20 odd people) the rest of local production (Wide Angle Creations, Chennai) including assistant directors were Indian. I didn't want to disturb the director but saw him jump into the beach and swim after pack-up. Seema introduced me to the lead Jesuthasan Antonythasan and I realised his real life story was similar to the protagonist's in the film. Besides being a good artist he knew Sri Lankan Tamil & French too. Obviously it was a case of brilliant casting. He didn't have any hang ups at all and in between scenes we went through my lines so that I could get the correct accent.

Shoot day — With butterflies in my stomach and the LTTE costume on my body I was well prepared and arrived on the set — a bunker which doubled up as a makeshift illegal passports office. Jacques briefed me about the scene in his toota-foota English while I tried to hang onto every single word he said. I had imagined him to be a hard task master but he turned out to be a pretty chilled out guy despite the heat and chaos of 300 odd cast & crew. We did a few on-set rehearsals when all along Jacques was watching us with utmost attention — perhaps to figure out which angles would be best to capture the scene from. Long takes with handheld camera, minimal coverage and patience enough to take 8-9 takes — it was all the stuff that one usually associates with French 'realistic cinema'. Yet he tried to squeeze out as many improvisational moments & alternate variations as possible.

With my scene done I waited for my photo opportunity and unexpectedly got a hug and a kiss from him. A fan-boy moment and an unforgettable memory.

P.S — Later over a drinks session with the crew I got to know that a couple of mainstream Tamil actors had auditioned for the lead as well — the face of independent cinema, another from an illustrious family, and an AD turned star. Some company to have been in.

Kartik Krishnan is an actor, a writer and an assistant director currently working in the Hindi Film Industry in Mumbai.