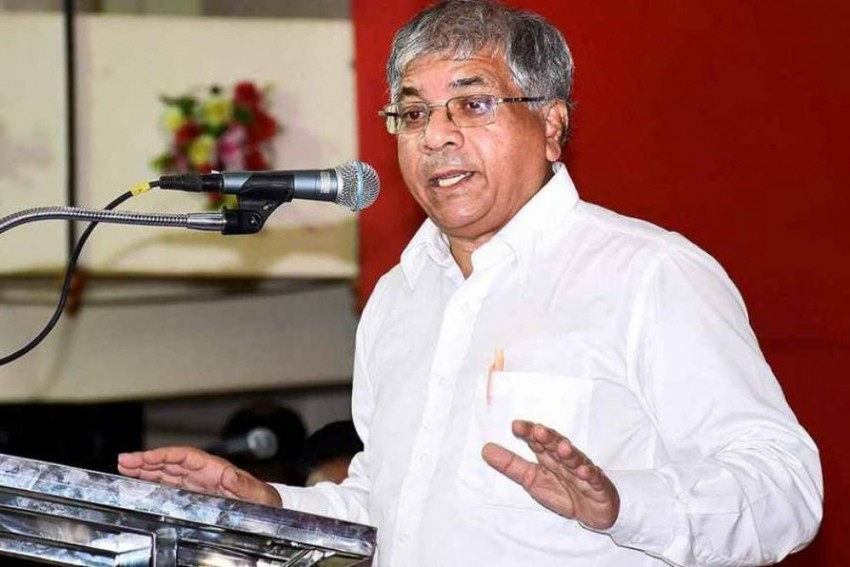 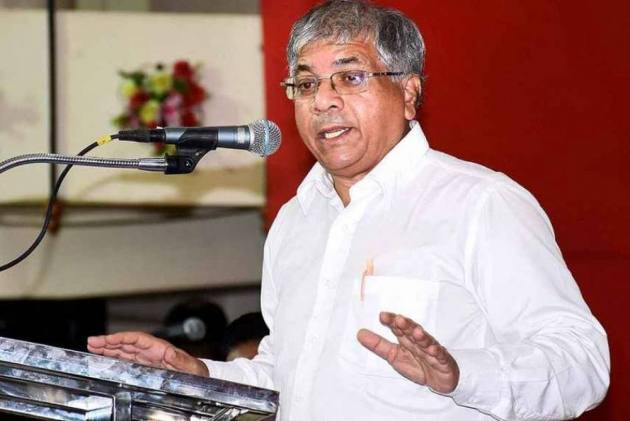 Ambedkar, who heads the Bharipa Bahujan Mahasangh (BBP), said Pawar, with his statement, has "opposed" the Congress president who has launched a pointed attack on the prime minister over the purchase of the fighter jets from France.

Pawar had caused a flutter with his statement that the people had no doubts about the intentions of the prime minister in the Rafale deal.

However, after his statement drew flak, Pawar made a U-turn, saying he never meant to support anybody in the deal, which he termed as "looting of the country".

"The allegations made by Congress president Rahul Gandhi (in Rafale issue) were opposed by NCP president Sharad Pawar. Pawar has negated Rahul Gandhi's stand on the issue. Now, it is up to the Congress whether it wants to continue with the NCP or not," Ambedkar told reporters.

The Congress has been accusing the Modi government of favouritism and purchasing the fighter aircraft at a price higher than what was negotiated by the erstwhile UPA government.

The BJP had denied the allegations that it had chosen a particular industrialist as the offset partner of Dassault, the French maker of Rafale.

Pawar had said the Congress and the NCP would come together for the polls in Maharashtra.

The BBM and the Asaduddin Owaisi-led All India Majlis-e-Ittehad-ul Muslimeen (AIMIM) recently tied up for the Lok Sabha and Maharashtra assembly polls, due next year.

Ambedkar said his party would not join hands with the NCP (Nationalist Congress Party).

Responding to a query on the BBM's prospective alliance with the Congress for polls, Ambedkar said he had held two meetings with leaders of that party and discussed seat-sharing.

"We have discussed (the scenario) in 12 of total 48 Lok Sabha seats in Maharashtra. We are not adamant on (contesting) the 12 seats," he said.

Ambedkar said there are 14 Lok Sabha constituencies in Maharashtra where the Congress had lost in the last three elections. "But we are not interested in those seats," he added.

He said the BBM was willing to join hands with the Congress though that party has not communicated its stand about an alliance.

Ambedkar said he was not enthused by Chief Minister Devendra Fadnavis's reported remarks that the latter would "mortgage the state", if needed, as a bank-guarantee to raise funds for the construction of the memorial of B R Ambedkar in Indu Mill in central Mumbai.

"If that happens, the same minister will say that the state is facing the financial crisis because of Ambedkar's statue," he said.

Prakash Ambedkar, the grandson of B R Ambedkar, said he had a different perspective about the proposed memorial of Ambedkar, but refused to elaborate.

"Earlier, the state government had proposed to build a five-star hotel on the same plot," he claimed.