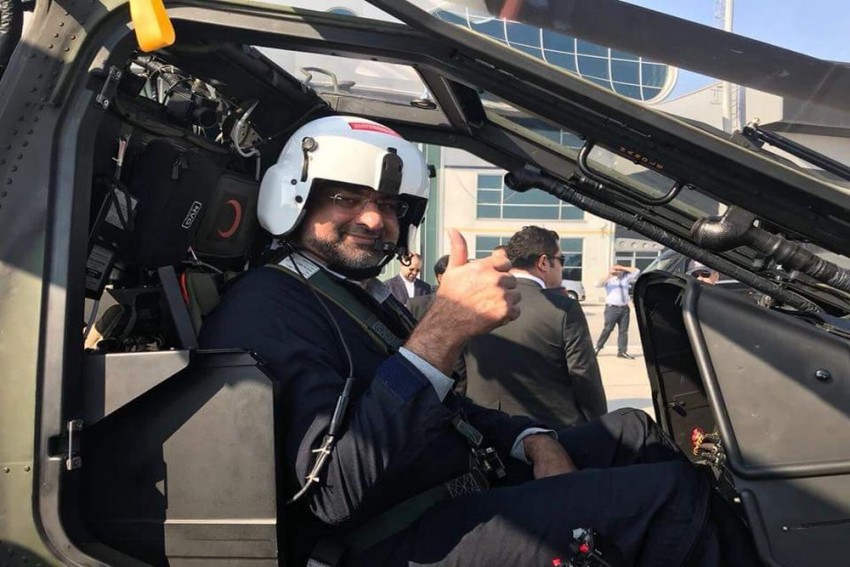 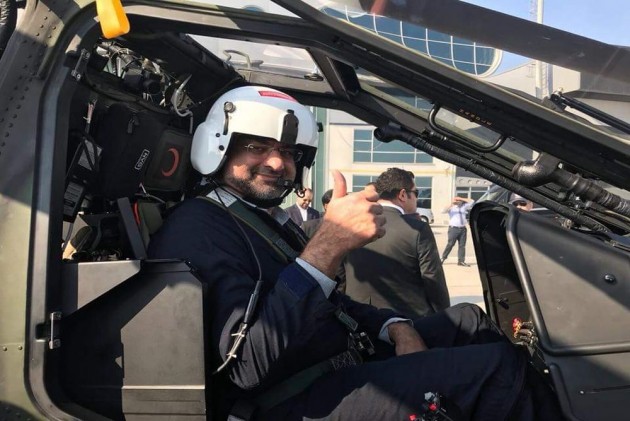 Prime Minister Shahid Khaqan Abbasi has become the first Pakistani premier to fly a military chopper as he piloted a Turkish T-129 attack helicopter on a test flight.

The Pakistani premier, 58, was in the Turkish capital Istanbul for the ninth summit of D-8 nations.

The D-8 Organisation for Economic Cooperation, also known as the Developing-8, is an eight-nation grouping of Bangladesh, Egypt, Indonesia, Iran, Malaysia, Nigeria, Pakistan, and Turkey.

On Pakistan's plan of purchasing Turkish T-129 attack helicopters, he said the Army is evaluating the helicopter and is negotiating the contract and terms.

He termed the Turkish chopper as an "impressive and good machine".

The prime minister also inspected the helicopter, and was briefed by Turkish aviation officials about the specifications and technical parameters of the combat chopper.