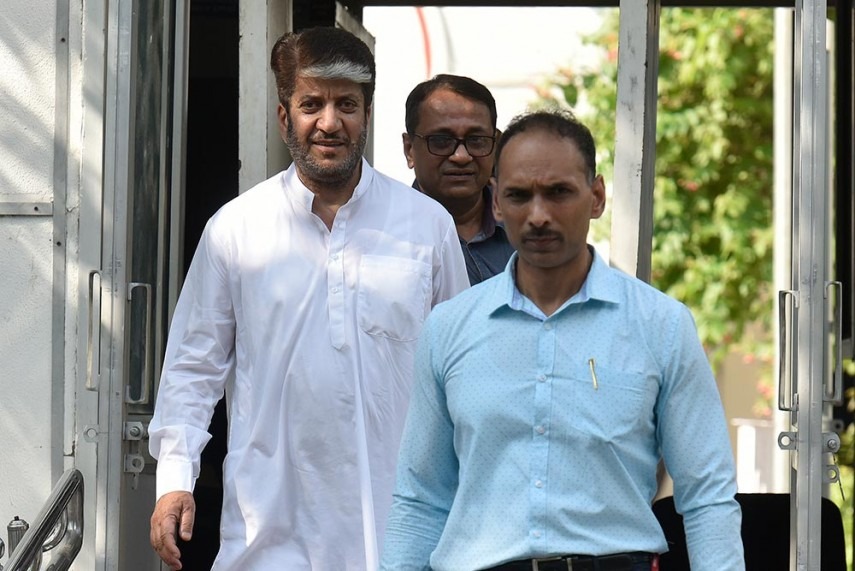 The judicial remand of separatist leader Shabir Shah on Wednesday was further extended till August 31.

Earlier on Tuesday, a Delhi Court dismissed the bail application of Shah.

He was arrested on charges of money laundering and was sent to a 14-day judicial remand earlier on August 9.

"The remand time of 14 days got concluded so we had requested for a custodial remand of another 14 days, which the court has granted. We also have a lot of electronic evidences and telephonic information and call records. Basically we have been confronting him with the information we have. Rest cannot be disclosed more," Enforcement Directorate (ED) lawyer, Rajeev Awasthi told ANI.

On July 25, Shah was arrested from his residence, where he was under house detention for a very long time, in Jammu and Kashmir's Srinagar.

On July 26, Shah was produced in the Patiala House Court, following which he was sent to seven-day ED custody.

The NIA visited Srinagar in May to probe the alleged funding by Pakistan for illegal activities in Kashmir, and questioned several Separatist leaders on the issue of raising, collecting and transferring funds via the Hawala route and other channels to fund terror activities in Kashmir.