In the video, he claimed that he has access to software which is capable to making the animals speak in different languages. 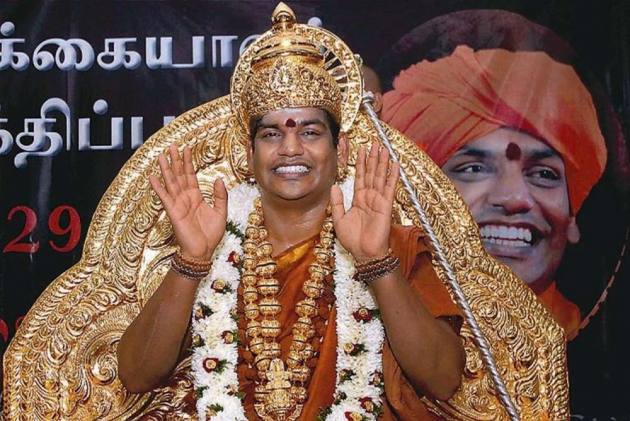 A self-proclaimed godman Nithyananda, who was accused of sexually abusing one of his former devotee, has made it to the headlines again as he claimed that he can make monkeys, cows and lions speak in Sanskrit and Tamil, as per media reports.

This came after a video clip surfaced on social media, where Nithyananda was seen saying, "I will demonstrate...monkeys and other few animals, which do not have many of the internal organs we all have, by initiating them into superconscious breakthrough, they will grow these organs, and I will establish it, prove it through a scientific, medical test and researches (sic)," says the Swami, as reported by NDTV.

In the video, he claimed that he has access to software which is capable to making the animals speak in different languages.

Nithyananda was arrested in 2010 in Himachal Pradesh over rape allegations.