Home  »  Website  »  National  » Reportage  »  Sasikala Is On 'Mauna Viratham' Since Amma's Death Anniversary, Says Dhinakaran After Visiting Her in Jail

Sasikala Is On 'Mauna Viratham' Since Amma's Death Anniversary, Says Dhinakaran After Visiting Her in Jail 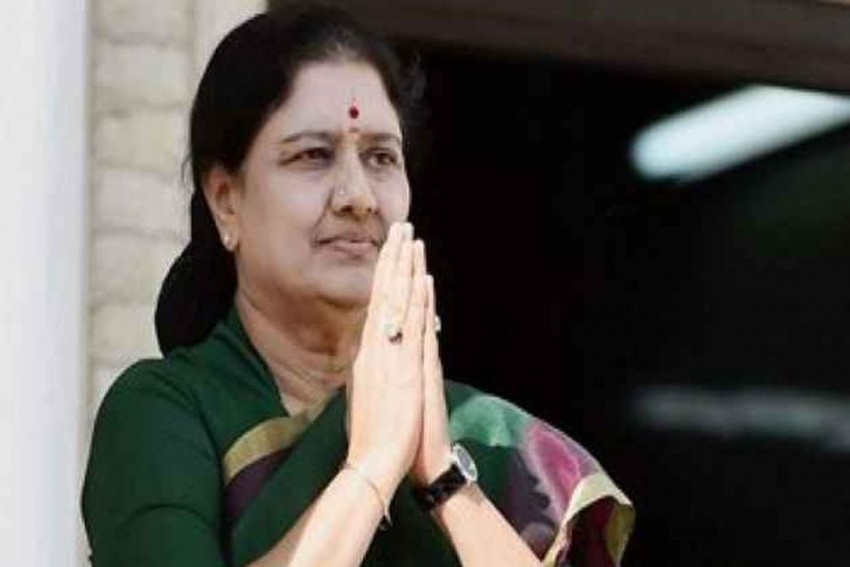 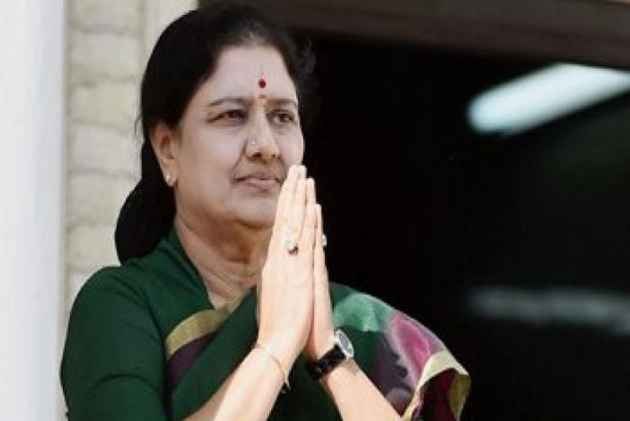 Sasikala is on a "vow of silence" since the death anniversary of former Tamil Nadu chief minister J Jayalalithaa on December 5, her nephew T T V Dhinakaran said today after visiting her in the central prison in Bengaluru.

"She is on a mauna viratham (vow of silence) since Amma's (Jayalalithaa) death anniversary (on December 5)," Dhinakaran told reporters after meeting his aunt in the Parappana Agrahara Prison here.

Sasikala is serving a four year jail term in the Rs 66.65 crore disproportionate assets case after the Supreme Court convicted her and two others in February this year.

Sasikala, a close confidante of Jayalalithaa, was expected to continue her silent vow till January end, Dhinakaran said without elaborating.

Sasikala's appointment as interim general secretary following Jayalalithaa's death has been annulled by the AIADMK general council in September last after the merger of factions led by Chief Minister K Palaniswami and his now deputy O Panneerselvam.

The meet also held as invalid all her decisions, including appointment of Dhinakaran as the deputy general secretary.

Dhinakaran said Sasikala listened to what he told her about the future course of action on party matters.

This was his first visit to the prison to meet Sasikala after winning the December 21 RK Nagar bypoll, held to fill the vacancy caused by the death of sitting MLA Jayalalithaa, who passed away on December 5, 2016.

On the one-man inquiry commission probing the death of Jayalalithaa summoning Sasikala, he said his aunt had been asked to submit whatever evidence she had in this connection within 15 days and she had not been asked to appear in person.

"It (evidence) can be given through lawyer also," he added.

On December 22, Justice A Arumughaswamy, who heads the commission, had directed Sasikala to submit her response within 15 days.

The commission is probing the circumstances leading to the hospitalisation of Jayalalithaa on September 22 last year and the medical treatment provided to her till her death.

Dhinakaran noted that he had also been issued summons by the commission and he would appear before it if required.

On a woman from this city claiming to be Jayalalithaa's daughter, Dhinakaran said similar issues cropped up when the late leader headed a faction of the AIADMK following the death of its founder late Chief Minister MG Ramachandran in 1987.

However, Jayalalithaa used to say that "we should not respond" to such things, Dhinakaran claimed.

On the video released by his aide P Vetrivel, purportedly showing Jayalalithaa in a hospital bed, Dhinakaran reiterated that the former had done so without his knowledge.

The video was released a day ahead of the RK Nagar byelection and was treated as a violation of the election code of conduct by the Election Commission.

"If we had really wanted to release the video we would have done so by taking permission from Election Commission," he said.

Dhinkaran claimed that it was a "private video" shot by Sasikala at the 'insistence' of Jayalalithaa. It was not recorded with the intention to serve as evidence at a later stage," he said.

Vetrivel, the election agent of Dhinakaran, had said he released the video out of "mental agony" in view of suspicions being raised over the circumstances leading to Jayalaithaa's hospitalisation and death.

Dhinakaran won the bypoll by a thumping margin of over 40,000 votes against E Madhusudhanan of the AIADMK.

Thanking the RK Nagar voters for electing him, he said they had "determined that AIAMDK is under Chinnamma (Sasikala) who is Amma's successor."

Bypolls To 3 Lok Sabha Seats In Rajasthan, Bengal On Jan 29