Sabarimala: Temple Board To Decide Its Legal Course In Supreme Court Tomorrow

The board managing Sabarimala temple said that it has the responsibility of protecting the faith of devotees and traditions of the shrine. 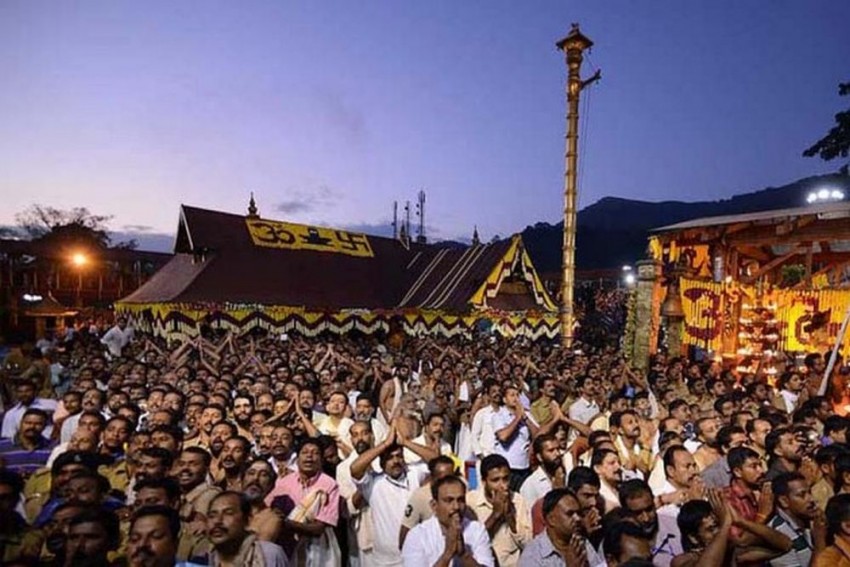 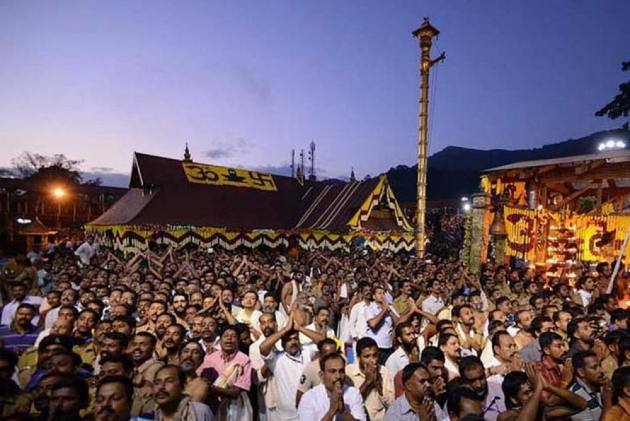 The board managing the Sabarimala temple, in the eye of a storm over entry of women of menstrual age, on Monday said that it has the responsibility of protecting the faith of devotees and traditions of the shrine and would decide on Tuesday its stand to be taken in the Supreme Court.

The Travancore Devaswom Board would meet on Tuesday and take a decision on its legal course to be taken in the court where review petitions have been filed against its recent order lifting the centuries-old ban on entry of women in 10-50 age group into the Lord Ayyappa temple, its chief A Padmakumar said.

"The TDB has the legal responsibility to protect the interest of devotees. We also have to look into the rituals and customs of the temple.The board will make its intervention in Supreme Court without harming this," he told reporters.

His remarks assume significance in the wake of the Supreme Court on Monday saying it would decide tomorrow as to when the petitions, seeking review of its verdict on Sabarimala, will be listed for hearing.

The famous Sabarimala temple, which opened for monthly puja on October 17 for the first time after the apex court order, has been witnessing a stand-off over the issue with angry devotees preventing at least a dozen women in the 'barred' age group from entering the shrine.

Padmakumar said on Tuesday's TDB meeting would decide the nature of report to be submitted at the apex court.

"Discussions are going on with the legal experts. The TDB is viewing the issue with utmost seriousness," he added.

Last week, the TDB had decided to approach the apex court and submit a report on the situation prevailing in the state in the backdrop of intense protest by devotees of Lord Ayyappa after the LDF government decided to implement the order on entry of women.

The Sabarimala issue has snowballed into a major political row with the opposition, Congress and BJP extending solidarity with the believers and supporting the agitation by devotees, who included a large number of women.

"It's a good decision...the TDB's move is to bring to the notice of the Supreme Court the difficulties faced by the real devotees," he said.

Attacking the BJP, he said the LDF government was caught between "the devil and the deep sea" in implementing the court order.

"While on one hand, the Central home ministry is putting pressure on the state to implement the court verdict, on the other hand, BJP workers in devotees' garb are trying to unleash violence against its implementation," he alleged.

BJP wanted to drag the issue till the Lok Sabha polls in 2019, he claimed.

The Congress-led UDF decided to launch a series of foot marches, vehicles rallies and meetings across the state to explain its stand on the issue and 'expose' the ruling CPI(M) and BJP's 'hidden agenda' on the Sabarimala issue.

The Congress said the party would campaign for protecting the interest of devotees.

In a related development, activist Rahul Easwar and 19 others, arrested in connection with the protests in Sabariamala temple complex on October 18, were on Monday released on bail by a magistrate court in Ranni.

State DGP Loknath Behera warned of stringent action against people who make false propaganda against senior police personnel in connection with the Sabarimala issue on the social media.

"There is no justification for the cyber attack on IG Manoj Abraham and S Sreejith, who are in charge of the security arrangements in Sabarimala," he said referring to certain comments against them.

The temple will close tonight after five-days-monthly poojas. It will open on November 17 for the three-month-long Mandalam Makaravilakku celebrations, during which the hill shrine used to witness lakhs of devotees converging from and outside the country.

Forces Did Not Follow Standard Practice: Kashmiri Villagers On Blast At Encounter Site