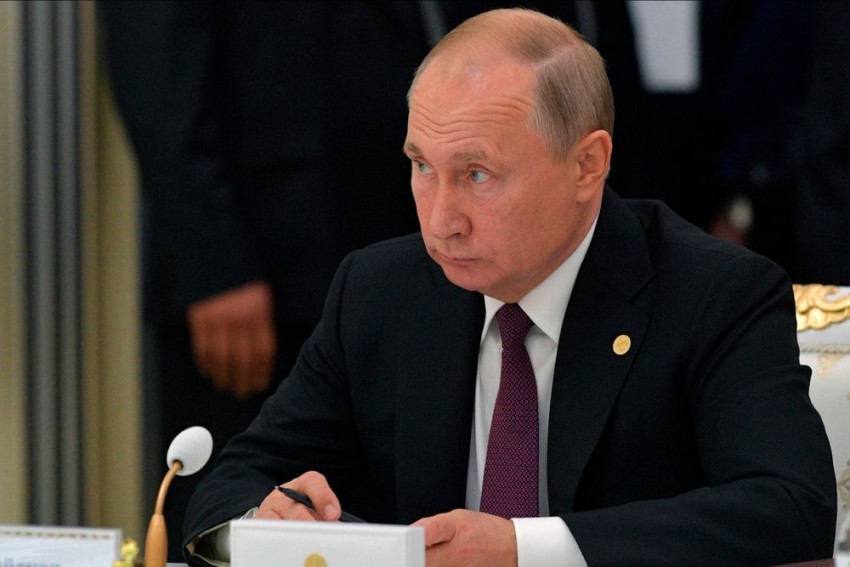 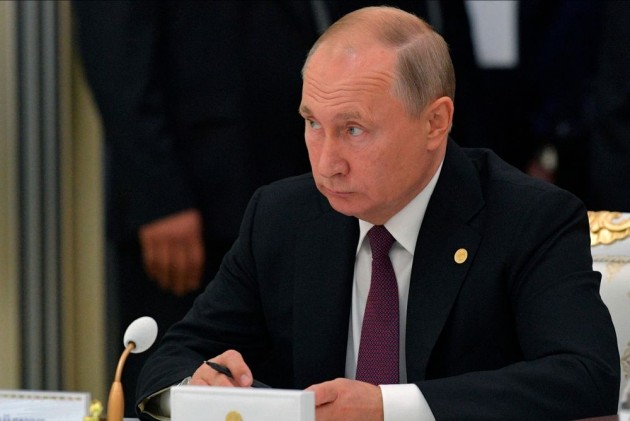 Russian President Vladimir Putin’s visit to Saudi Arabia and the United Arab Emirates in the middle of this month has to be seen in the context of Russia’s smart diplomatic moves in the Middle East over the past few years.

Three decades after the collapse of the Soviet Union, the Russian Federation is not only a dominant player in the region, but even capable of outsmarting the US. China, which is economically far ahead of Russia, and the US, which is militarily far superior, come nowhere near Russia when it comes to political manoeuvers, which are clever, bold and often reckless.

While Russia’s direct military intervention in Syria and its success in providing a lifeline to the crumbling Assad regime is much talked about, because of the loss of face it incurred for the US, its other moves are equally interesting, particularly its ability to win the trust of both Iran and its arch rivals in the region.

Russian President will be warmly welcomed in Saudi Arabia and the UAE exactly one year and seven months after his country vetoed a UN Security Council draft resolution presented by Britain aimed at pressuring Iran to stop supplying missiles to Yemen's Houthi rebels.

The first ever visit by a Saudi king to Russia in 2017 was a watershed moment in Russia’s role in the region. An agreement between Russia and Saudi Arabia to cut oil production has given Russia new weight in world energy markets. Developing ties with the Gulf is also important for Russia for reasons closer home -- need to guarantee political stability in the Caucasus and Central Asia, which Moscow views as highly dependent on events in the Middle East.

Putin also reckons relations with the Gulf as crucial to Russia’s economic imperatives, especially in its efforts to mitigate the impact of US-led sanctions. The volume of trade between GCC countries and Russia was very low (from $1.8-$1.9bn in 2015), but the slew of agreements signed between Russia and GCC countries is aimed at increasing it manifold.

The confidence gap between the US and the GCC countries, which crystallised during Obama presidency, is also providing Moscow an opportunity to capitalise on. At the same time, Russia knows very well that GCC countries will never become partners in its attempts to forge an anti-western coalition into which Iran and now Turkey fit very well.

There is a widespread assumption in the Gulf that the Russia–Iran ties will not last long. Russia and Iran had a tense relationship throughout much of the 19th and 20th centuries. Tehran still remembers bitterly the 1828 Treaty of Turkmenchay, in which Iran ceded big chunks of Armenia and Azerbaijan to the Russian Empire.

Even in the present, Russia and Iran compete for influence in Central Asia. As owners of the world’s largest and second-largest proven natural gas reserves, they have conflicting interests. In Syria, there were reports of deadly clashes, with Russian and Iranian forces and their proxies firing at one another. Iran is also miffed that Russia is not offering enough support to counter the American sanctions.

Iran’s ejection from international oil market benefits Russia financially as it has freed it to resume pumping at full capacity when output curbs agreed with OPEC expired in June.  Iran sees Syria as an important place in its efforts to forge a dominant regional role and threaten Israel, while Putin does not agree with that view.

Russia has now roped in Turkey, a longtime US ally and NATO partner, into its orbit of influence as their cooperation in Syria (in spite of fundamental differences) expands and relations with the United States have become strained. Erdogan's decision to purchase Russia's advanced S-400 missile system offers one example of how their burgeoning relationship could challenge the cohesion of NATO.

Meanwhile, in June this year, Russia opened its first Russian Centre for Digital Innovators and Information and Communication Technologies in Dubai’s Internet City (DIC), marking its first official foray into the Middle East’s technology sector. Bilateral trade between Russia and the UAE reached $3 billion in 2018, rising 21 per cent from the previous year.

Russia and Israel have always maintained a very close relationship right from the beginning. Despite all the political issues complicating the ties between Russia and Israel, such as Syria, both countries have remained in close touch.  The cultural bonds between the two countries provide a cushion to absorb the political shocks, as one-fifths of Israel’s population speaks Russian. Putin once described Israel as a Russian speaking country. After the United States, Russia is the second largest source of tourists to Israel.

So what are the factors that made Putin’s brilliant forays into the Middle East a roaring success? Barack Obama’s decision to substantially reduce the US involvement in the region was a crucial trigger. The unpredictability of the Trump administration, Putin’s strongman image in the backdrop of dwindling confidence in Washington's commitment to the Middle East, and Putin’s ability to get along well with countries and leaders who are at odds with each other are among the other factors.

From the perspective of the region’s leaders, the US looked the other way when one of its most loyal friends, Hosni Mubarak of Egypt, was forced to abdicate power and suffer humiliation. Russia not only stood by its ally Bashar Al Assad in his moment of reckoning, but also resurrected him from the jaws of death.

(The author is a cultural critic and commentator writing in both Malayalam and English).