Rupee Hits Record Low Of 70.82 Against US Dollar, Falls By 23 Paise

Rupee opened at 70.57 a dollar from its previous close of 70.59 but slipped to hit a fresh low of 70.82 at the Interbank Foreign Exchange (Forex) market. 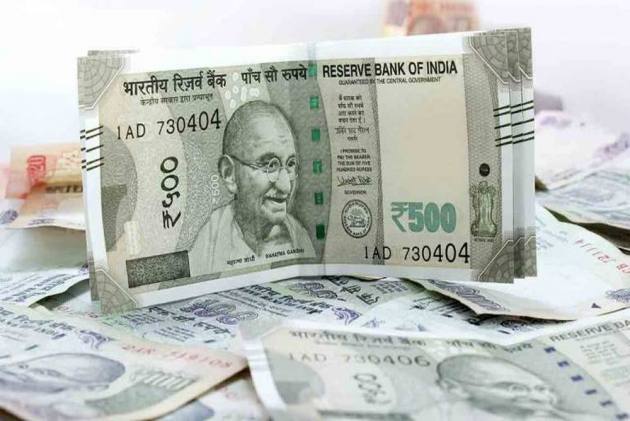 A day after the government said the rupee was expected to remain in the range of 68 to 70 during the year, the Indian currency plunged to a fresh record low of 70.82, falling by 23 paise against US dollar on Thursday.

Continuing its free-fall, the rupee weakened to a life-time low of 70.82 on strong month-end demand for US dollar amid sustained foreign fund outflows. Rupee opened at 70.57 a dollar from its previous close of 70.59 but slipped to hit a fresh low of 70.82 at the Interbank Foreign Exchange (Forex) market.

Buying by importers, mainly oil refiners in view of surging crude oil prices and capital outflows, besides dollar strength against its rival currencies overseas, weighed on the domestic currency too, say Forex dealers.

READ ALSO: Why Rupee Will Remain Turbulent For Next Few Months

Economic Affairs Secretary Subhash Chandra Garg had told the media on Wednesday that the depreciation in the rupee was due to some small mismatch in the demand and supply, which may go either way depending on the view taken by the operators.

He had said while foreign portfolio investors took some USD nine billion from the country during the first three months of the current fiscal, net flow was at an equilibrium in July.

"This month there has been so far a positive inflow of over one billion dollars. That suggests the sentimental change about the view on rupee (and) that the current levels are fairly stable," Garg said.

"Therefore, that gives me some confidence that where we are today, there may not be much variation. So I retain the same view that between 68 to 70 is the level where the rupee would mostly remain," he added.

Meanwhile, the Congress party took the opportunity to slam the government on Wednesday, saying it is a consequence of overall mismanagement of the economy, including demonetisation and badly implemented GST.

Also quoting a Reserve Bank of India (RBI) report on demonetisation released on Wednesday -- which said that 99.30 per cent of the scrapped currency notes are back in the banking system, the party said it is a "damning indictment of the macro-economic management of the country".

"The rupee is at Rs. 70.55 to the dollar and this is the historic low. If you recall the Prime Minister (Narendra Modi) and then Leader of Opposition Sushma Swaraj used to put out very uncharitable tweets that there is a race between the rupee and the then PM (Manmohan Sing)'s age and the rupee has lost its value...," said Congress spokesperson Manish Tewari.

With inputs from Agencies