Why Rupee Will Remain Turbulent For Next Few Months

International tariff, currency and investment wars are hitting the rupee even if India is not a direct player in the churning. 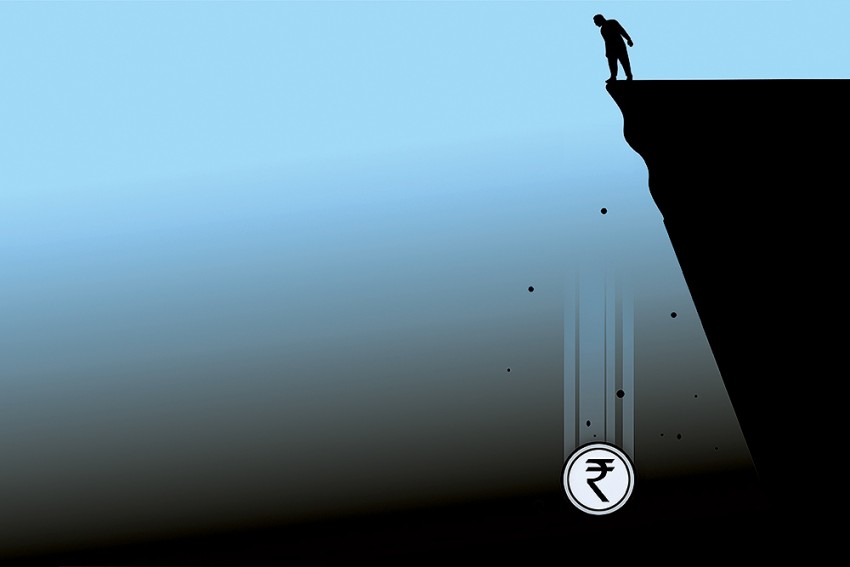 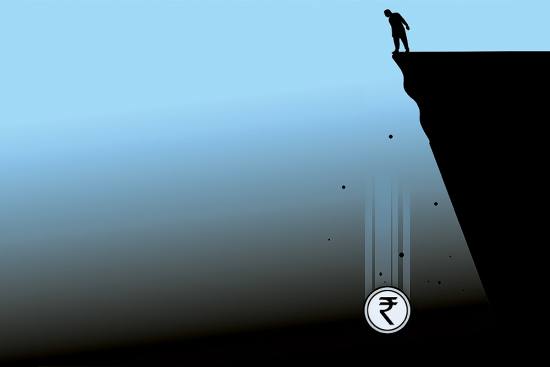 A question popped up after the rupee plummeted to new depths in mid-August—70.80 to a dollar, the first time in its history. Should we brace for the 70s to be the Indian currency’s newest norm? No doubt, the rupee rebounded and drifted under 70 for most of the month, with the exc­eption that it breached the mark in morning trade on August 30. But the swings reinforced fears that it could break into the 70s again because of volatility caused by global factors—the latest being US-China trade curbs, sanctions on Iran and a mismatch in demand and supply of oil.

D.K. Srivastava, chief policy advisor with EY India, expects the rupee to move around 70 at least for a quarter. He explains: “India has had a higher inflation rate compared to the US. Our inflation is about five per cent, while it’s two per cent or so for the US. The longer-term average should settle after we account for a three per cent differential. So, I would expect Rs 70 to a dollar would be the new normal.”

The rupee is one of the currencies taking a hit because of global trade wars and the Turkish lira’s collapse. But Tushar Arora, a senior economist with HDFC Bank, says it would be wrong to club India with Turkey because our ext­ernal debts are low and forex res­erves high. Then again, he doesn’t rule out the rupee breaching the 70s when there is pressure on emerging markets as a whole. “It could happen only on some days (short term, day to day),” he says and holds out hope that the rupee will return to 68 in about nine months, though it’s difficult to forecast geopolitical developments.

There are three interlinked wars being fought globally—tariff, investment and currency—as a result of US policies. India is not a direct player in these wars, but is part of the swirl. And this turbulence, according to Srivastava, will stay about two quarters, after which the trend could become clear. “Depending on whether the trend settles down or becomes more complex, India would have to take a call on adjusting its dom­estic policies,” he suggests.

According to Vikram Murarka, chief currency strategist with Kshitij Consultancy Services, the next few days are super-crucial. “A ‘risk on’ rally or a ‘relief rally’ (chances 55-57 per cent) can help the rupee come down to 69.60-69.50. But chances (43-45 per cent) of a rise past 70.10 can trigger fresh rupee weakness,” he says.

International tariff, currency, and investment wars are hitting the rupee even if India is not a direct player in the churning.

A weak rupee could create and exert pressure on imports and on inflation. For the average man, that means he would have to shell out more to buy imported products such as transport fuel. “My worry is the strain we are exerting on the economy because it may get translated into inflationary pressure, a little later maybe. But the burden we are facing is our growing import basket and the price that we are paying. The fact that our exports are not gaining is a source of worry,” says Sachin Chaturvedi, the director general at Research and Information System for Developing Countries (RIS).

The government asserts that India has enough foreign exchange reserves (more than $400 billion as of mid-June) to cushion the currency’s fall, which has been sliding since it crossed 60 to a dollar in December 2014. But the rupee swings will likely put pressure on overseas borrowing, which had been showing signs of reviving. As interest rates globally are going up, there is room to borrow from abroad because of attractive interest rates compared to those in India. Given the global uncertainties, a balancing act to ride the rupee shocks seems the only way out.