Rupee Demonetisation: Here Is What Our Top Nine Experts Are Saying 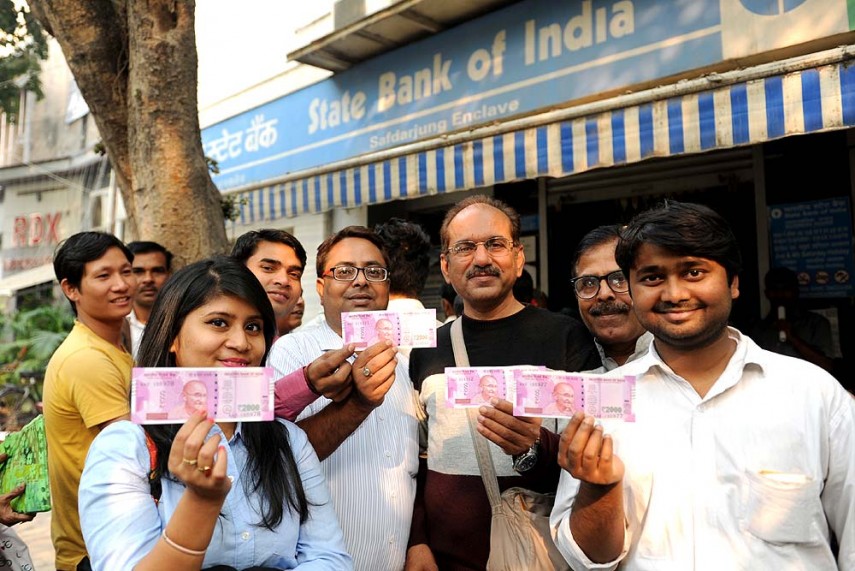 Money, money, money!
No, we are not singing the abba song. We are singing about the new world that we have entered. November 9 will be etched in Indian history as a landmark day.

The unexpected move by the prime minister to demonetise Rs 500 and Rs 1,000 has left everyone bewildered. It is a different matter that no industrialist, banker or opposition party has got into voicing a contrary view.

The move has already created chaos. The ATM queue will be longer than what we witnessed at the Reliance Jio launch with SIM seekers waiting for days.

Here is a look at who said what about markets and the demonetisation scheme:

While the step should help with the stated objective, in the short term it creates some issues for banks/FIs:

1. Cash based activities not needing KYC where black money gets spent such as eating out, garments, alcohol etc would see pressures
2. real estate with cash dealing most seriously impacted
3. while existing cash black money may become worthless, for posterity black money may get increasingly get parked in smuggled gold
4. with negative wealth effect for black money holders, demand for durables, auto etc may go down in the next 12-18 months.

Mastercard welcomes and supports Prime Minister Modi's announcement regarding the ban on high value currency notes as it fundamentally addresses the underlying 'cash engine' that drives the shadow economy. It will enable further growth in the Indian economy by encouraging cashless transactions and reducing crime rate. The PM's bold action and leadership is a critical step in positioning India to be a leader in the global cashless and digital economy movement. Mastercard is committed to working with the government to provide the cashless solutions that combat corruption, create growth, and inclusion for all members of society.

This is a bold move by the government to scrap the existing 500 and 1000 rupee notes. We are confident that the move will cut down the menace of fake currency as well as reduce black money in circulation. This will add a great deal more liquidity to the formal banking system, which will benefit immensely from the legal flow of liquid cash. This is the right time to go #cashless, as it is both highly transparent and accountable, making life easy for the government and the common man.

An unprecedented, bold move leading charge from the front, the PM in the most secretively planned, seamlessly executed a move to root out unaccounted and counterfeit currency. A combination of national security concerns and wider agenda to filter out unaccounted income guided the Government to make this move. Figures of high denomination currency in circulation in past 5 years compared to growth in the economy pointed towards indicators of unaccounted money in circulation. Timing was perfect - a month after closure of the income disclosure week and a week after Diwali such that the impact of short term disruption in festive period is minimised.

The debt market has been pleasantly surprised by the abolishment of Rs.500 and Rs.1,000 notes. This could improve tax compliance and increase tax collection of the government. This will also keep prices in check as the ability to hoard commodities and other assets will greatly reduce. This is a long-term positive for the debt market and may lead to repo rate cut of 50 basis points. Investors need not panic as far as the US presidential elections are concerned as the outcome may not really affect the bond markets significantly. Local factors will continue to be a dominating force in the Indian bond markets. The Rupee has remained stable as the current account deficit is under control and the long-term impact of the crackdown on black money will be positive for tax revenue collection and instilling confidence of doing business in India.

There will be considerable impact on the Real Estate sector, land prices could see sharp fall, creating chaos initially but in a long-term this will bring middle class back in the market thus curbing the highest ever inventory build-up in India’s real estate market.

Jewellery sector will see negative repercussions due to amount of black money destruction. For all MFIs and some NBFCs, their cash collections could be meaningfully disrupted, if not resolved quickly, could temporarily lead to asset quality pressures. They may need some regulatory forbearance in judging which accounts are genuinely stressed and which only have a liquidity problem. Banks in the near-term will be negatively impacted as there will be concerns over SMEs and LAPs loans as they may become unviable. Although in the long-term it is positive as the CASA deposits will go up significantly improving formal money channels.

Keep in mind the longer-term picture for the economy, this is a strong and bold step taken by the government to curb the black money; however the ripple effects of this cannot be understated. There are major industries in India thrive on a parallel economy funded by black money. How will this affect the more legitimate and normal economy? The weeks and months ahead will tell.

This is a big leap forward for a truly digital and modern economy to emerge, given that housing sector itself contributes 5-6% of India’s GDP. The professional realtors have anyways been selling property in cheque payment only for more than a decade now.

If anything, this move will bring in more professionalism and organization in the sector. There are many onetime businessmen becoming part time Developers - using cash to develop/construct a single stand alone buildings since they could deal in cash. The quality and security of such constructions are questionable.

Now that this won’t be possible, we will only see organized and professional developers who are anyways favoring cheque payments growing further. It is encouraging. However in all, the organized Developers affiliated with MCHI-CREDAI will benefit in long run – although there will be a little hurdles in the sentiment of flat buyers in short run – in long term for the Real Estate Industry this is a welcome move. Even The Real Estate valuations will also see a correction now.

This is a path-breaking move by the Prime Minister to eradicate black money from the economy and mitigate the counterfeit money problem, both of which will do good to the Indian economy over time. Customers need not worry about their money at all, they have sufficient time to exchange their old Rs. 500 & Rs. 1000 denomination notes. While they may face some inconvenience for the next few days, their money in the bank remains absolutely safe. We are working to ensure minimal inconvenience to customers until money supply gets fully normalised. This move will usher in a cultural change in payments as people will adopt digital banking faster. We should also see a surge in activation of new bank account and debit and credit cards usage.

This measure will have significant impact and also give a boost to all formal channels of payments which is good for the country’s economy to grow at a faster phase.

In general, there may be transitory deflationary impact on the economy but for the long term growth the present step is a boon. Un-organized trade and services, less organized sectors with high cash economy will face the immediate impact. In the long term, as said, this revolutionary step will bring in several benefits with larger amount of money flowing into the mainstream economy.

As to Real Estate, less organized segment will only be affected. Today, most of the reputed developers have good practices already in place and having everything accounted. In the recent past, the industry has already witnessed several welcoming steps like Real estate bill to bring in more credibility and transparency. The organized real estate sector welcomes Prime Minister’s present step as it will further improve sector’s position on transparency and corruption in the global minds thus enabling further capital flow.

As to the market trend, it may have some transitory impact expecting fall in prices, which of course is already bottomed out because of high input costs. Fence sitters may defer their decision for the time being but will understand the reality and come back soon. However, with this check on black money, we can expect fall in land prices and increased bonafide demand for housing particularly affordable housing.