Has New Delhi really corrected a historical mistake by renaming Aurangzeb Road after APJ Abdul Kalam? The answer lies not in a reading of state-sponsored history, but in situating the Mughal emperor in the context of his time. 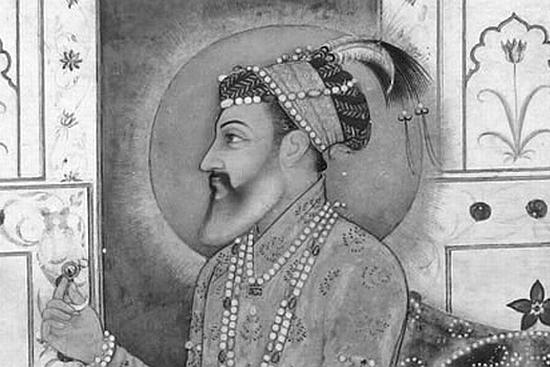 Was Aurangzeb a good man or a bad one? Such reduction only leads to sweeping judgment. Let's compare him to his forbears. Babur was a warrior and a civilised man by the standards of his society and I would say ours. He is considered, still, to be one of the greatest writers of the Turkish language. Like Julius Caesar, his prose is spare and clear. He lost many, many small battles and struggled for most of his life, but, like Alexander, he won two big ones — against the Sultanate at Panipat and the Rajputs at Khanua — which made him great.

Humayun was neither a fighter nor a writer. He liked a spectacle and the only significant contribution of his was arranging to have his troops dressed in costumes, each day of a different colour. He was walloped by the Pathans under Sher Khan (later "Shah") and fled to Persia. He would not have been emperor had Sher Khan not accidentally been killed (a cannonball rebounded and exploded near his face while he was investing a Rajput fort). Humayun returned, bringing with him Persians, who were Shia, highly civilised and the most talented administrators, into the Mughal court.

Akbar was the last Mughal with Mongol features; including not much facial hair. He was illiterate, probably dyslexic and could not write. His son describes the only time he had seen his father's writing: a childlike scrawl of one word, his name. Akbar was unbelievably brave. He rode bull elephants when they were in "mast", roaring in laughter on the back of one as it chased the other into the river, his horrified courtiers running behind them. He was gored in the testicles by the antlers of a stag he wrestled. His biographer Abul Fazl describes applying balm to his master's family jewels. Akbar massacred civilians at Chittor for their stubborn resistance and this would be called genocide today. He pacified all of Hindustan, meaning the land north of the Tapi River and with his brilliant Khatri minister, Todal Mal, developed a sophisticated land revenue system in Gujarat that was applied across India. Akbar introduced Rajputs to the court, marrying into their families and giving them rank. Akbar was egotistical, making everyone prostrate before him, and ordering the striking of coin with the words "Allah O Akbar". This of course means "god is great" but could equally mean "Akbar is god". When the clergy objected, Akbar sulked.

Jahangir ("conqueror of the world") was beloved of his father, who named him Salim but affectionately called him Sheikhu Baba. Jahangir let the old man down by having Abul Fazl murdered over petty rivalry, and Akbar did not shave or eat in his grief, and he rebelled against his father with no particular competence and no result. It was like an armed sulk. Had there been another heir, he would not have succeeded Akbar. Jahangir was useless at fighting. This indolent emperor was actually kidnapped by one of his generals, and when I discovered this I thought of how much we are not taught in school. Jahangir lost Kandahar and this permanently blocked the passage of the Persian talent into India. Administrative decline began.

Jahangir was a hunter with a musket and so was his wife Noor Jahan (who through the curtain of her howdah once put down two tigers with a single shot). His tally of game killed makes for astonishing reading. He was a writer, and a drunk and not disciplined. Court often concluded when he passed out during proceedings and lights were quickly extinguished and those in attendance shooed out. By now the Europeans had come to India and our list of sources expands significantly, bringing much rich detail.

His great love for his son Khurram turned to great hatred and the nicknames he uses for him make for entertaining reading and are in the autobiography Jahangir wrote, the Tuzuk. Jahangir was a naturalist always armed with a ruler and a compass and excited by the size and diameter of fruits and jewels and such things. There are some superb descriptions of the mating ritual of storks in his eclectic book. He was a brute and once on a hunt had a poor beater hamstrung (which incidentally means that he had his "hams" or calf muscles cut clean off the back of his legs so that the man could never again walk). The crime was to accidentally come into a clearing, alerting a tiger that escaped the master's shot.

Khurram the incompetent (totally useless at battle) only became emperor, styling himself Shah Jahan ("king of the world") because of his father in law. This man kept the news of Jahangir's death secret till all the other sons were killed. Shah Jahan was secretive and banned the practice of the court record. We know less about him, because of this, than those who went before him and those who came after.

Shah Jahan was a great projects man but moved on from the project after it was completed. How many times did he visit the Taj Mahal after it was built? Two. A letter from Aurangzeb to him complains of a leak in the dome. But the emperor had moved on to his next project, the Peacock Throne (which was actually like a room-sized canopy) and designing Shahjahanabad, which we know as Old Delhi.

Shah Jahan loved Dara Shikoh and, for reasons unknown, hated Aurangzeb. Not disliked, hated. When only a teenager, Aurangzeb was banished and sent on the most difficult assignments ("go and reconquer our ancestral homes in Samarkand", "go and pacify the Pathans"). This made him tough, able and experienced. Finally, after Akbar, you have a Mughal who could fight. Aurangzeb was stubborn, disciplined and dogged. He once chased an enemy through the jungles of central India for months till the enemy perished. He was 17 years old at the time.

When he was in battle against the Central Asians, his men noticed he was not on his horse. Assuming he had been unhorsed by an arrow they started to panic. Till they realised he had dismounted to pray because it was time.

Aurangzeb was 40 when he made his move against Dara Shikoh, who, mollycoddled by his father, was useless at battle but arrogant. He assumed the praise of his chamchas was the same thing as talent. He was going up against someone with 25 years of experience. The night before the engagement, one major ally, Jaswant Singh, defected to Dara.

The man bringing the bad tidings to Aurangzeb has described his reaction. He was in his tent at prayer when the messenger burst in to say "Jaswant has defected..." Aurangzeb did not stop, but waved the man away in dismissal. At that moment, that man wrote, he knew they would win. Of course Aurangzeb with a smaller force brushed aside Dara's army and then hunted him down. Dara's pathetic fleeing with only a few family members and his capture and killing make for very depressing reading. Aurangzeb hunted down the other two brothers and elevated himself with the title Alamgir (master of the universe).

He ruled 50 years, more or less the same as Akbar, and spent the second half of his campaign in the Deccan. Here he had first dispatched the Muslim kingdoms of Bijapur and Golconda, without his father's knowledge or approval. It was a creeping conquest but he was the first Mughal to go south of the Tapi and win battles. After he had done this, he fought the Marathas, who under Shivaji mounted a brilliant but destructive guerrilla-style war, holding and abandoning forts while the enormous Mughal army chased after them through the difficult country.

It will surprise the reader to know that many Maratha chieftains fought for Aurangzeb. There are records of long negotiations, some over decades, as these chieftains bargained with the stubborn and patient Aurangzeb. Shivaji himself queued up but was upset at Aurangzeb's treatment of him, making him stand in queue behind lesser worthies (he sat in a corner muttering and was taken away).

Aurangzeb introduced Marathas to the court. He was a superb writer and wrote in his own hand the replies to letters (often diagonally across the same paper he had received). This writing was inflected with poetry and wit. He enjoyed eating a particular kind of fruit. He liked to listen to song but on learning that a hadith forbade instrumental music, also gave up listening to music.

He was simple and among the myths about him is the story that he sewed caps and wrote Qurans for a living. Probably false. His long Deccan campaign bankrupted the empire and he died with his army's salaries three years in arrears. He was devout and broke some temples on which were built mosques. But he also let most temples be. The orders came in three stages: no more new temples, stop renovating old ones, break down temples. This order was followed indifferently, probably because of the emperor's lack of enthusiasm.

On Aurangzeb's death his sons, all of whom were already old men, fought incompetently over the remains of the empire. The story of the 150 years, exactly, between then and the final taking over by the British is wretched and I will leave that for another day.

The Mughal line may have ended with the defeat of Bahadur Shah, who wrote his melancholic verse under the ironic name "Zafar" meaning victorious, in 1857.

But there were really only six Mughals, as we are taught in school. And Aurangzeb was certainly great.

But This Is What People Want