Home  »  Website  »  National  »  Ramar, The Man Who Conned A Generation With 'Herbal Petrol', Sent To Jail For Fraud

Ramar, The Man Who Conned A Generation With 'Herbal Petrol', Sent To Jail For Fraud

Twenty years ago, Ramar Pillai startled the scientific community with his concoction, which after trial was found to be a trick of alchemy 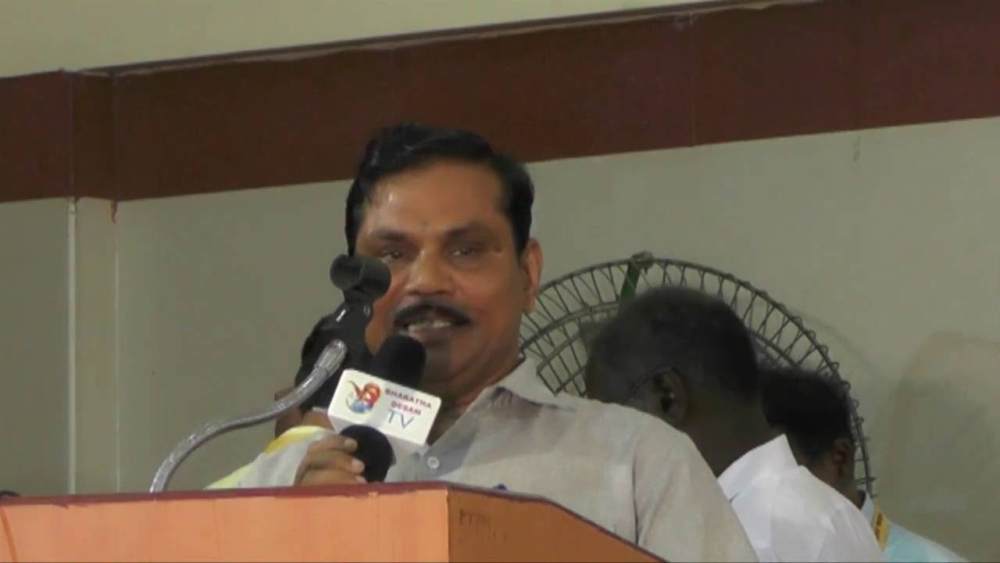 It was twenty years ago that P Ramar Pillai proclaimed that he had stumbled upon a ‘something out of nothing’ phenomenon. The feat was ground breaking because he claimed that he had created a ‘herbal fuel’ out of a concoction that primarily contained leaves. And while the world was still a decade away from bio-diesel, Pillai’s fuel was propelling motorcycles in Tamil Nadu.

On Friday, he was sentenced to undergo three years’ rigorous imprisonment by a court for cheating the public.

Besides Pillai, four others - R Venudevi, S Chinnasamy, R Rajasegaran and S K Bharat - were also sentenced to three years’ rigorous imprisonment by the Additional Chief Metropolitan Magistrate. The magistrate also slapped a total fine of Rs 30,000 in the cheating case launched against them by the CBI.

Twenty years ago, Pillai had left the scientific community dumbfounded with his concoction. “Mind-boggling, but true,” NK Jha, then a professor at IIT Delhi had said after witnessing Pillai’s feats. To be fair to Jha though, he did say that he along with others at the Department of Science and Technology may have been “fooled”.

And the spotlight had mightily fallen on 30-year-old Pillai during that September in 1996.

His procedure was relatively simple it seemed: Get some water, add a motley mixture of leaves and bark to it and boil it for about half an hour. When cool, add salt, citric acid and a generic chemical or two. Voila! A layer of oil is said to emerge and you have liquid gold to play with.

Even at that time, Pillai is said to have been selling the ‘fuel’ in his native village close to Rajapalayam for some years. At the time, scientists at IIT Madras tested and found Pillai’s fuel to be ten times more efficient than ordinary petrol and were contemplating its use in two- and four-wheelers.

Yet, the science in all of this had left scientists baffled and back to the drawing board while the Department of Science and Technology was trying to apply for a global patent.

Later that month, Pillai was due to perform his magic trick in the presence of scientists at IIT Madras. The apparatus was provided by the DST but everything started to go wrong. When the fuel did not rise to the top, Pillai insisted using his own stirrer and not the glass one provided by the DST. Scientists noticed that the stirrer was hollow and full of a wax-like substance which when heated released something akin to kerosene. In the DST Pillai lost his biggest backers who called him “dishonest” and Pillai’s public tongue-lashing against them didn’t help his cause either.

He may have lost his backers but Pillai was back.

It was New Year’s Day, 1997, and Pillai was selling his mixture at Rs 10 a litre in the market when petrol was at Rs 25 a litre and was confident of increasing production to 1,000 litres a day.

A parliamentary committee though had called his concoction a “hoax” and said that “the herbal fuel is a mixture of hydrocarbons boiled in kerosene with dissolved camphor”.

Pillai had remained undeterred though: “If they are not convinced, I will go ahead and tie up with an interested party in the corporate sector and start mass production.”

It was later that the CBI finally filed a case of fraud against him and the joint director D Mukherjee had said that Pillai was colluding with oil refineries and passing off petroleum products as ‘herbal fuel’.

In 2010 though, after the arrest, he called another press conference and claimed to have invented another masterpiece, calling it Velar Bio-Hydrocarbon fuel. By that time however, his jig was up.

According to the prosecution in court on Friday, between 1999 and 2000, Pillai colluded with other individuals “to do an illegal act, mixing petroleum products like Toluene, Naphtha etc, and to market it in the name of Ramar Petrol, or Ramar Tamildevi Mooligai Eriporul as if it were extracted from herbs.”

The same was intended to be fraudulently used as “automobile fuel from herbs”, which quite naturally did not meet the ISI standards.

The CBI said the so-called herbal fuel was only a mixture of petroleum products which also violated the Motor Spirit Speed Diesel (Regulation of Supply and Distribution and Prevention of Malpractices) Order.

“Ramar Pillai misrepresented the facts and sold the same as Herbal fuel to the public through various sales outlets, whom also he cheated by collecting huge amounts as deposits and fuel costs. Thus Ramar Pillai and his associates gained Rs 2.27 crore for themselves, by cheating the public,” the CBI said.

And what began as a trick of alchemy ended up with a simple case of teleportation, that of Ramar Pillai behind bars.

Biharis Can Go To The Moon! What's Pakistan, Milord??