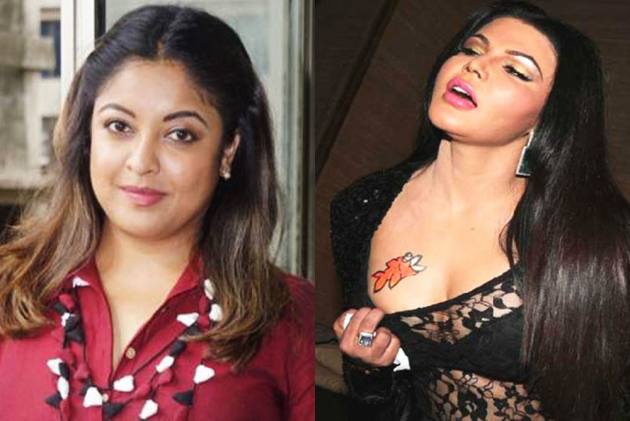 A lot has been going on regarding the Tanushree Dutta and Nana Patekar controversy. Some celebrities from the industry have stood by Tanushree Dutta. But Rakhi Sawant has decided to show her solidarity to the veteran actor Nana Patekar.

Rakhi held a press conference in which she mentioned that Tanushree Dutta is unnecessarily trying to tarnish the image of the respected veteran actor Nana Patekar. She also said that just because the Tanushree knows how to speak in English fluently, the media is giving her importance. She even went to the extent of challenging Tanushree Dutta to confront her.

Tanushree also shared her anger about how Rakhi reacted to her sexual assault case and insulted her with derogatory statements. Tanushree also expressed her anger by saying  that how could someone who doesn’t have any class,  replace her in the movie which she walked out off. She says, “What does Rakhi do, she replaces me and then she starts talking shit about me. I remember her statement, ‘Uske Shareer me golds and diamonds lage hai kya jo usko chu nahi sakte?”