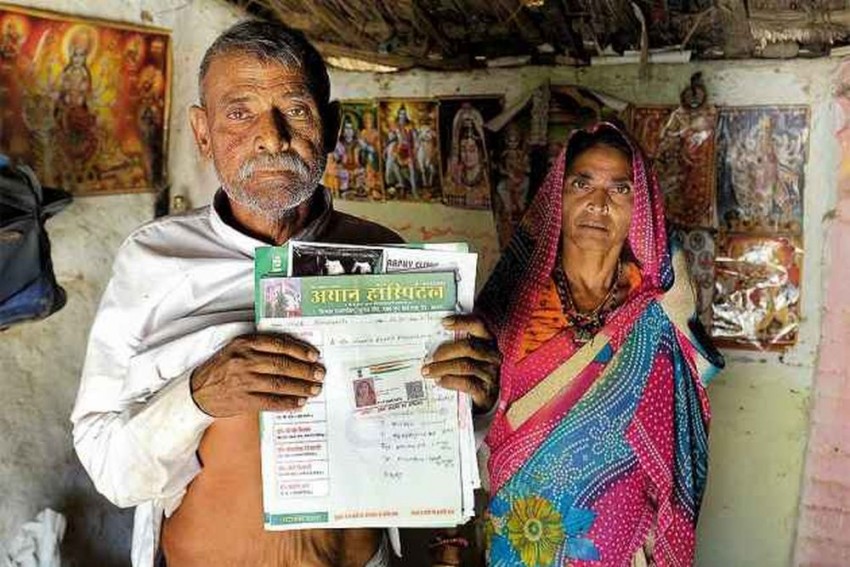 Ramkumar Bhopa’s BSBY card says he had undergone laparoscopy, even though he was not operated upon
PHOTOGRAPH BY JITENDER GUPTA
Siddhartha Mishra June 11, 2018 00:00 IST Rajasthan Health Insurance Scam: NIAC In Talks With State Agency 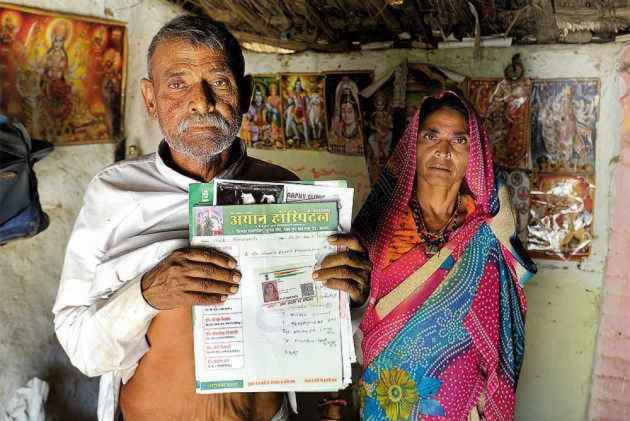 The New India Assurance Company (NIAC) and the Rajasthan State Health Assurance Agency (RSHAA) are in talks for a resolution after the general insurance PSU overturned the government body’s decision to de-empanel 66 hospitals over fraudulent claims in the Bhamashah Swasthya Bima Yojana (BSBY) that provides financial relief against illnesses.

Last week, The Financial Express reported that 66 hospitals had been de-empanelled for fraudulent claims associated with the BSBY scheme, which is an initiative the Rajasthan government launched in December 2015 to provide free and cashless medical insurance for BPL families. The story was later updated to state that the government had overturned the decision.

An Outlook story subsequently had laid bare the loopholes in the BSBY that intended to provide free, cashless treatment to BPL families. The June 11 report mentioned how hospitals were fraudulently charging patients for procedures, leading to rising insurance claims year on year since the scheme’s inception two-and-a-half years ago.

READ ALSO: Scalpels In Air And Other Long Stays

Outlook reached out to the RSHAA. A top official of the agency confirmed that the RSHAA had indeed overturned the Mumba-headquartered NIAC’s decision to de-empanel the hospitals. “Insurance company did not give any opportunity of hearing to these hospitals. Now, after intervention of RSHAA, NIAC has agreed to listen to the hospitals,” says a statement from the Rajasthan government. The government further says that the decision was revoked “because it was against agreement provisions and resulted in resentment in patients who were deprived of the necessary treatment due this sudden action by NIAC.”

Sources within NIAC refused to comment on the development though confirmed that talks with the Rajasthan government were ongoing and cited clause 1.25.10 of the Request for Proposal document for the BSBY. The pertinent clause states: “Dempanelment is a separate clause and insurer may initiate the process of dempanelment irrespective of penalty clause for the hospitals.”

The clauses for de-empanelment in the case of private hospitals from the RFP document is as follows. 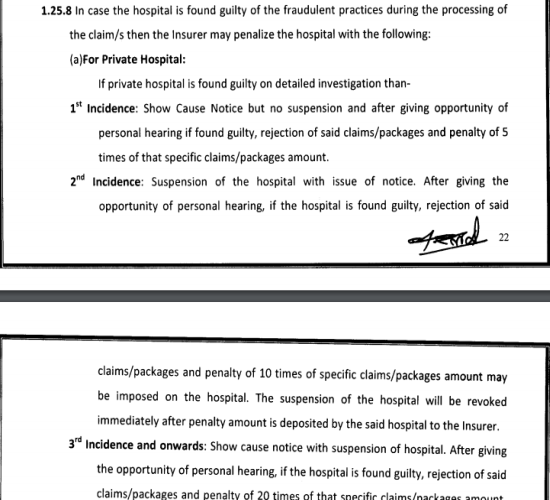 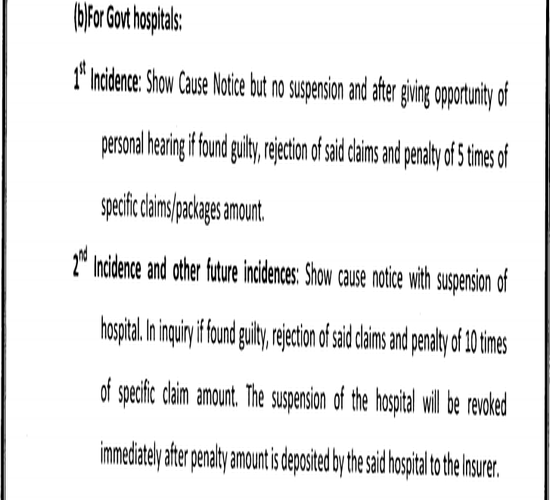 The following are clauses in the RFP document according to which hospitals can be de-empaneled. 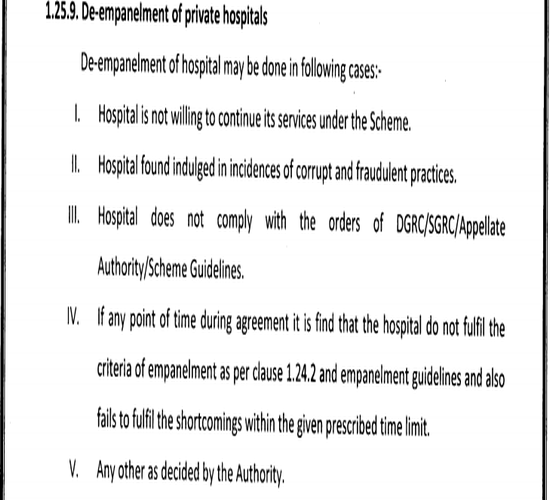 'It’s not just fraud. Sources say the amb­iguity within rules allows their abuse. Incredibly, Clause 27 of the second phase’s guidelines allows for three transgressions by hospitals. Clause 28.2.4 also says private hospitals cannot be punished by an insurance company (the payer under the BSBY) if they treat beneficiaries based on packages reserved for government hospitals.

“It’s non-evidence-­based,” says Naveen Jain, CEO of Rajasthan State Health Assurance Agency, dismissing the allegations. “Justified action has always been supported by RSHAA/Govt. Till date, 10 hospitals have been de-empanelled.” Jain mentions the rules for de-empanelment and penalties involved in cases of up to three complaints.

“A lot of changes (were made) based on our experiences in the first phase. Criteria of empanelment were made stringent to remove small hospitals where the possibility of fraud was deemed high. De-em­p­anelment without proper hearing is unjustified,” he explains.

Insurance claims under BSBY were at about Rs 320 crore in 2015-16 and rose to Rs 545 crore in 2016-17. In the first week of phase two, claims for Rs 7.5 crore were made, rising to Rs 18 crore in the 10th week. Jain attributes it to inc­reasing “patient awareness” and the fact that the number of empanelled private hospitals has increased from 170 to 707 in just over two years.'