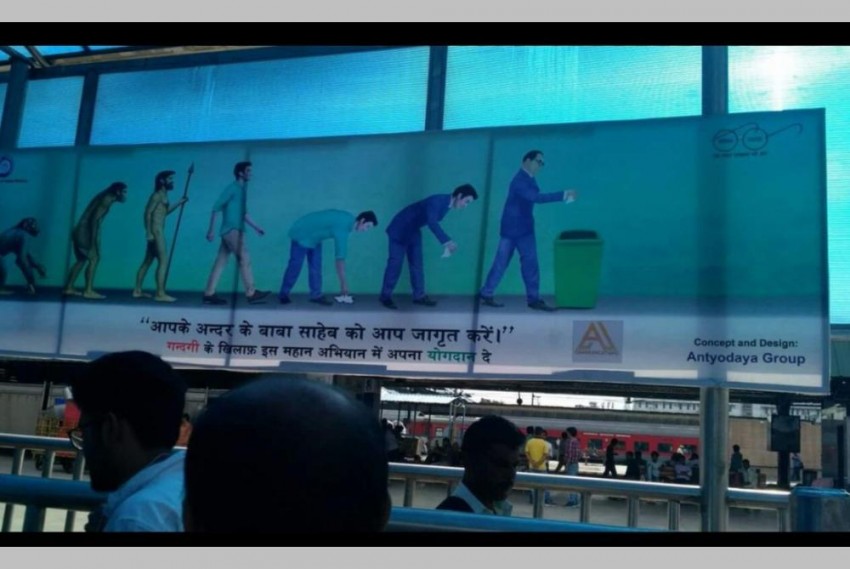 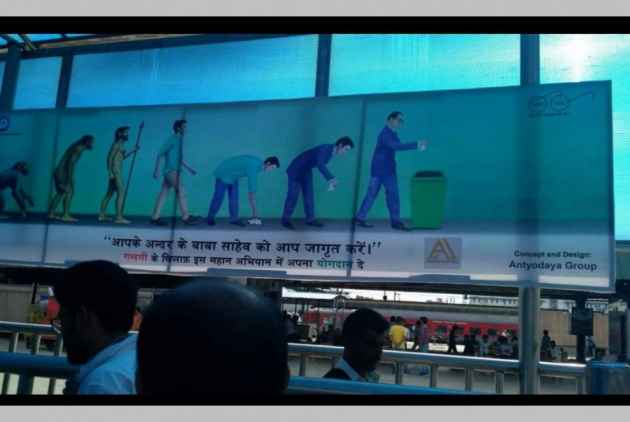 The Telegraph reports that Dalit activists protested against the posters which had been put up close to a week ago. Dalit groups have said that the posters damaged Ambedkar’s image by showing him as a manual scavenger, a charge the creators of the image have denied.

Railway authorities reportedly said that they had been in the dark about the matter and laid the blame at communication firm Antyodaya Group who were responsible for the ‘awareness’ campaign. The company however reportedly says that they had done it for free and that it would pitch similar posters in their campaign to the rural development ministry on toilet use, saying that there was nothing offensive about it.

The report says youths led by a Bahujan Samaj Party member protested against the “casteist” depiction of Ambedkar outside the station at around 11 a.m. on Thursday morning.

Tehseen Poonawalla, a Congress sympathizer had also tweeted to Suresh Prabhu and the Railways at 9:45 a.m. on the same day. The Ministry replied saying that the posters had been removed.

Thanks for your feedback. We have removed the poster

“Limited permission was given to this NGO to put out a few stickers and slogans at New Delhi railway station, carrying simple messages like 'Keep the station clean', 'Take ownership over the station',” Delhi divisional railway manager R.N. Singh told the newspaper.  “Instead, they put up posters with icons without authorisation. We are contemplating suitable action. In future, we'll do all awareness campaigns in-house,” he reportedly added, calling Antyodaya an NGO.

“Through the poster, they want to say that Dalits should not aspire to education and only focus on menial jobs. Can they not show the pictures of their icons, such as Deendayal Upadhyaya, on these posters?” the editor of an Ambedkarite web-portal told the newspaper.

Kitchen Cleaning Sponges Are A Reservoir Of Bacteria And Dirtier Than Toilets, Says Study