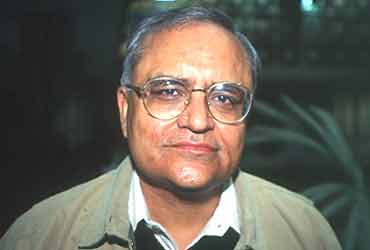 What if Rajiv Gandhi hadn’t given in to the mullahs in the Shah Bano case?

The Shah Bano Begum versus Mohd. Ahmed Khan case in 1985 served once again to underscore the anti-modernist and anti-woman approach of Islamic clerics. It demonstrated that Indian Muslims, even if they wanted to break free from its vice-like grip, would be disowned by a ‘Secular’ establishment. It is the clutch of clerics that has kept the Muslims completely out of sync with changing times. Islamic countries that have modernized themselves viz. Turkey, Syria, Egypt etc have done so by strongly detruding their clerics. But Rajiv Gandhi’s government swerved from upholding the verdict of the Supreme Court and allowed the mandate of clerics to prevail.

Rajiv Gandhi’s yielding to Mullahdom was in fact a continuation of a ‘secular’ trend set by his predecessor and maternal grandfather Nehru. Nehru legislated the Hindu Code Bill to reform the Hindu society. But he left the Muslim society undisturbed in its medieval mindset. Much needed Uniform Civil Code (UCC) was never promulgated. We could have had a UCC by now but for such capitulations.

Gandhiji set the real regressive precedent by enlisting opposition of Indian Muslims to abolition of Caliphate in Constantinople. It was an anti-thesis of a progressive step taken by the British. The Non Co-operation movement for Swaraj (1920) had its genesis in Khilafat Movement (1919). Khilafat Movement marked bolstering of clerics represented by Jamiat -e-Ulema-e-Hind in Indian politics.

Shah Bano case should thus not be seen in isolation. As long as ‘Secularists’ persist in their perverted creed; as long they remain apathetic to UCC; little would be achieved. A debate in simmering inside the Muslim society over issues like Triple Talaq, on which Mumbai High Court pronounced a verdict last year, but the ‘Secularists’ instead of supporting voice of sanity are pandering to obscurantist elements.

If the SC judgement had been honoured and obscruantist mullahs' objections not given in to, the lot of the Muslim women would have improved and a healthy debate on various aspects of Muslims would have been possible that would eventually have helped reform outdated practices. We would possibly even have by now progressed to a Uniform Civil Code and not all be wringing our hands in frustration. The SC would not have to keep reminding us what the directive principles of the state policy wanted for the country.

The so-called liberals and secularists did a great disservice to the nation and all those whose causes they claim to espouse so passionately by allowing this blatant cynical act to happen. It is because of their mealy-mouthedness that the Muslim community remains caught up in a time warp and the women continue to remain oppressed. That would have eased to a great extent.

Those who claim that a debate is going on and some positive changes would emerge now should realise that all this could have happened 20 years ago. We would possibly even have by now progressed to a UCC and not all be wringing our hands in frustration.

In fact, we would not have had any politics of vote-banks and keeping the Muslims backward as a strategy. The Muslims would have emerged stronger as a community with fresh ideas, interpreting and respecting their own religion with a modern sensibility in keeping with the current times. They would not have actually felt persecuted or faced any of this current flak over the medival-minded way they treat their women. They would have been very much a part of the mainstream by now.

What if the Babri Masjid had not been unlocked by Rajiv Gandhi in 1986?

Rajiv Gandhi’s unlocking the doors of Babri was a political counterpoise to Shah Bano case. He did not order the unlocking of door out of conviction. He did it to assuage Hindu sentiment after having publicly played into the hands of Mullahs. Unfortunately ‘Secularism’ in India instead of being reasonable has become a waffle of balancing and counterbalancing. The legally disputed Babri structure was not a mosque since no prayers have been tendered there since 1934. It was, on the contrary, a functioning temple since 1949. Though public access was barred, a priest was carrying on nitya-seva or daily worship.

History shows that Hindus had never given up their demand on the site of demolished Ram temple in Mughal age. Helpless against Mughal army, they still built a Ram Chabutara outside it and continued to assemble there. In British era Hindus tried to recover the site through legal means. In 1886, British magistrate at Faizabad District Court confirmed in its verdict that there existed a Ram Janmabhoomi temple to which Hindus associated their veneration.

Mahant Ram Chandra Das had been trying to recover Ram Janmabhoomi Temple by legal recourse since 1949. The case is still subjudice though the appellant died at age of 90 last year. Legal cases had been going on, only to be forever delayed. Justice delayed is justice denied. Given the tardy judicial process, the lid of Hindu patience was blown off.  A section of Hindu society got tired of this snail-paced judiciary and pulled down the disputed structure. The rest is history. Rajiv Gandhi’s opening the doors or leaving them locked would possibly have affected the chain of events very little.

The gates would in any case would have had to be opened at some point in time or the other. It was a historical inevitability. Those who say that the BJP would not have emerged as a political power are living in a fool's paradise and indulging in wishful thinking. 1984 when BJP was reduced to two seats because of the Delhi riots and the Congress-sponsored pogrom of Sikhs and the fear-psychosis that had been built up in the country. BJP already was a potent force and its rise to power was inevitable.

The lesson of history is que cera cera - what is to happen, shall happen. Events at an appropriate time will break through a different door even if the first remains locked! The difference is only technical rather than real.

What if the Satanic Verses had not been banned

Even the Marxists in West Bengal who proscribed Taslima Nasrin the other day were against banning Satanic Verses in 1988. The ban was a result of ‘Secular’ advice to Rajiv Gandhi. Frankly, I don’t own a copy of Satanic Verses that remained banned in India for long. But I have an impression from reading about the book. It’s a fiction where the author has allowed wide latitude for his imaginativeness. Magic Realism, the literary technique in which Salman Rushdie writes, not just fictionalizes facts but ‘factualizes’ fiction. The book might have literally merit but I am unsure of its intellectual or scholarly pot ency.

There are absurdities and ‘supernatural peculiarities’ in every religion including Islam. Rushdie had simply wanted to make a highly sellable story of it, which backfired. It was least his intention to expose the unsavoury aspect of Islam. It was not an objective study unlike what Sir Vidia Naipaul undertook amongst converted Muslim societies and produced Among the Believers and Beyond Belief.

There are books more critical about Islam, not due to their style but substance. ‘Life of Mohammed’ by William Muir written in 19th century does a damaging job. But none has been able to challenge a single paragraph out of it because everything there was based on facts with original sources cited.

Equally important here it is to note that the fatwa came from Shiite Iran, which under Ayatollah Khomeini was trying to prove itself more Muslim than others Muslims. Like his costly decision to go war with ‘infidel’ Iraq, or advising Gorbachev to abandon Communism and turn to Islam, the fatwa was more of propaganda exercise. Al-Azhar in Cairo is the supreme authority on Islamic matters but it didn’t reiterate the ban. Yet Rajiv Gandhi, perhaps like Khomeini, wanted to prove himself more Muslim than Muslims.

‘Secularists’ fear that anything remotely critical of Muslims can lead to bloodbath on streets. A statement by Jerry Falwell in America on Prophet Mohammed could trigger anti-Hindu riots in Sholapur. ‘Secularists’ have so far shunned a debate on any religious or theological aspect of Islam, while Hinduism and Christianity have been scrutinized under the microscope of rationality. By banning Satanic Verses ‘Secularists’ tightened the lid on a possibility to relieve this claustrophobia.

But the point is not about hurting anyone’s religious sentiments deliberately but of rationality and promoting interpretations in keeping with modern times. Let us not create an atmosphere where any and everything can be banned on charges of real or perceived or claimed hurt. What is to stop anyone from demanding that their feelings are hurt too? Where do you draw the line? The whole discourse got vitiated because of this ridiculous ban. A debate on various aspects of Islam possibly could have got initiated had the book not been banned, and it would actually have resulted in promoting better understanding and openness and given confidence to the Muslim community at large.