Assuring Kashmiri students of their safety in Punjab, the Chief Minister said, "We cannot replace your families. But I hope you consider us as your family too." 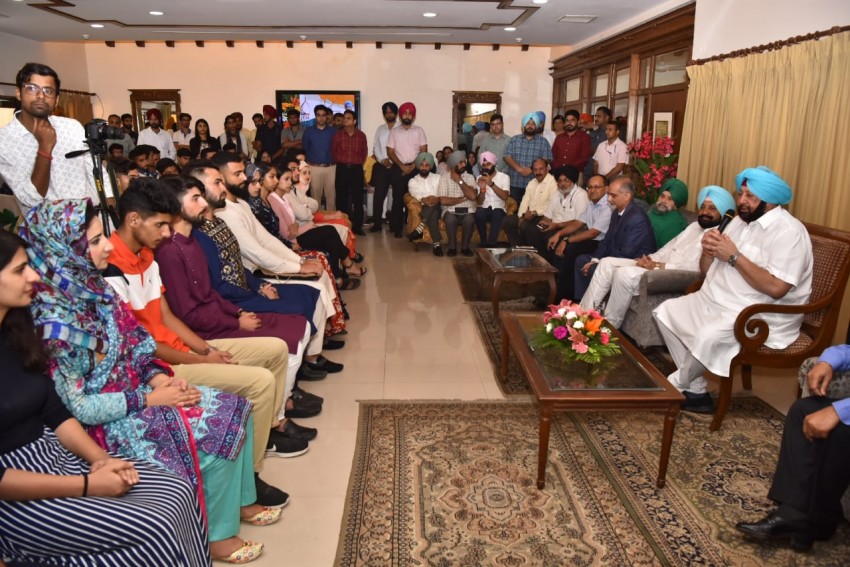 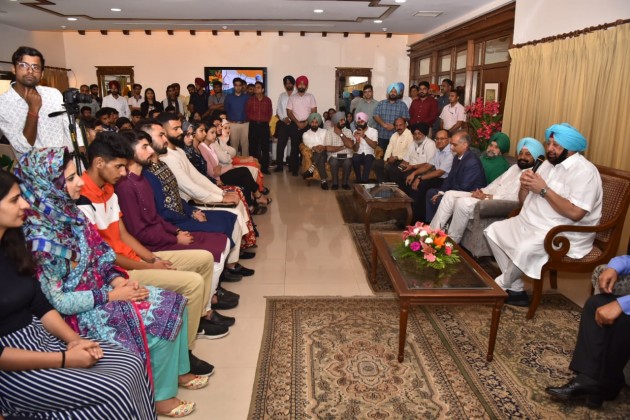 Punjab Chief Minister Amarinder Singh on Monday hosted 125 Kashmiri students on Eid and said he was confident that situation would improve in the Valley soon.

The students are studying at various universities in Punjab.

With curfew-like restrictions in place across the Valley, it was an Eid away from home for the students.

Hosted students from Jammu & Kashmir for lunch to celebrate #EidAlAdha in Chandigarh today. I have assured all these students of their safety here. Punjab has always stood by our brothers & sisters, and our doors & hearts will always remain open for all. pic.twitter.com/so5ot2jca5

The normal life in the Valley has been hit following heavy security deployment and restrictions on the movement of people besides the suspension of telecom services after Parliament revoked Jammu and Kashmir's special status under Article 370 of the Constitution.

The invitation from the Chief Minister for lunch at Punjab Bhavan here made it an occasion to cherish and feel at home, said many students.

Assuring them of their safety in Punjab, the Chief Minister said, "We cannot replace your families. But I hope you consider us as your family too."

The Punjab CM told the students that though he had not been to Kashmir for a long time due to his busy political schedule, he considered the Valley as his second home, adding that it was his heartfelt desire to share the happiness of this festival with the students.

The CM said he was confident that their families back home were safe and they would be able to meet them soon, an official statement said.

Reciprocating the chief minister's sentiments, the students said they too considered Punjab as their second home, where they had always felt safe, even after the Pulwama terror attack.

"We have seen that Punjabis have a big heart," said a student, Faiq Salem, while another thanked Amarinder for listening to them.

"Coming here today reminds us of our families," said Farzana Hafeez, admitting that till they received the invitation, they had been feeling very lonely at the thought of not being at home for the Eid celebrations.

As a memento of their love and respect, the students presented to the chief minister a portrait made by Abdul Azad, a fine arts Kashmiri student from Chandigarh University.

Amarinder gave sweets to the students to celebrate the occasion.

In the aftermath of the revocation of the special status for Jammu and Kashmir by Parliament, the Punjab government has ordered to increase the security for around 8,000 Kashmiri students in the state and directed superintendents of police and deputy commissioners to meet them personally.

The chief minister had ordered the scaling up of the security in the Punjab districts bordering Kashmir.

The celebrations were held amid tight security arrangements.

'This Is How I Celebrate Eid': Kerala Garment Vendor Donates New Clothes To Flood Victims