Premier League leaders Liverpool do not care about winning by comprehensive scorelines, according to boss Jurgen Klopp. 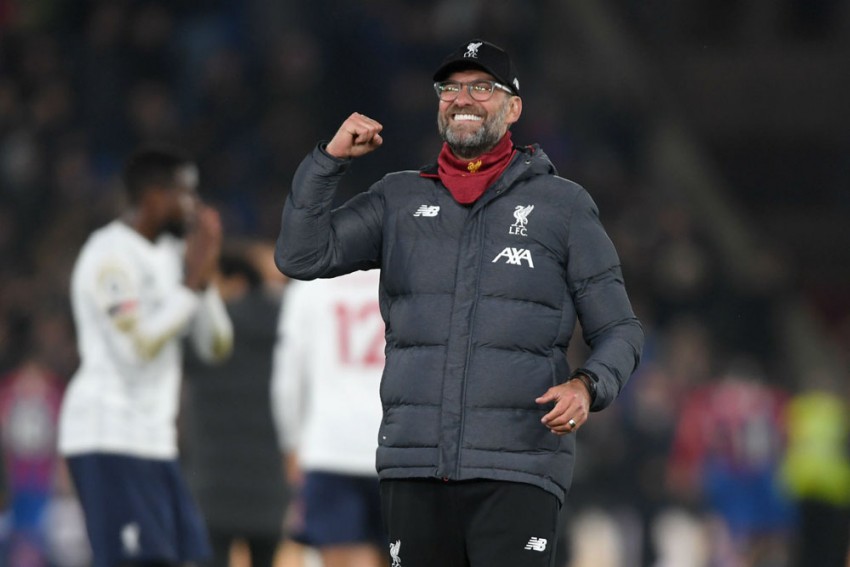 The Reds were far from their fluent best against Crystal Palace on Saturday but claimed a 12th win in 13 league matches this season thanks to Roberto Firmino's late strike.
Getty Images
Omnisport November 24, 2019 00:00 IST Premier League: Liverpool Care About Winning, Not Sending Messages To Rivals - Jurgen Klopp 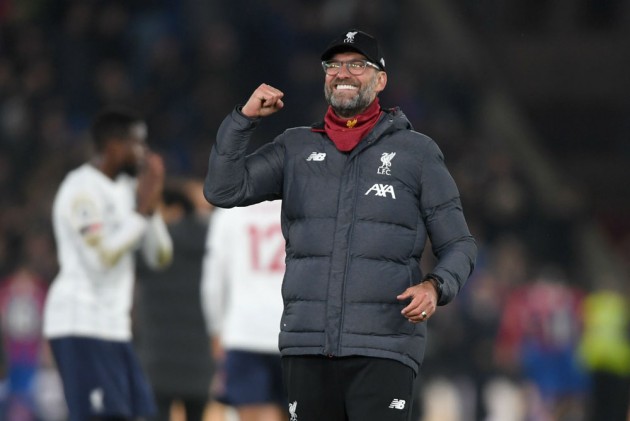 Jurgen Klopp insists he is not interested in sending messages to Liverpool's Premier League rivals and is only concerned with winning games.

The Reds were far from their fluent best against Crystal Palace on Saturday but claimed a 12th win in 13 league matches this season thanks to Roberto Firmino's late strike.

It had looked like Liverpool would drop points when Wilfried Zaha cancelled out Sadio Mane's opener with eight minutes remaining but Firmino intervened in the 85th minute to seal a victory that maintains their eight-point lead at the summit.

"It is exceptional to have 37 points after 13 games," he said after the triumph at Selhurst Park. "You can't have them by winning brilliant games every time.

"We had a couple of them but you can't always win them. We aren't here to send messages; we just want to get results."

Palace were comfortably the better side in the opening period but Liverpool improved markedly after the interval, much to Klopp's delight.

"I'm not surprised by how the game went," the German added. "We know it's a tough place to come; the atmosphere is good. They don't give up.

"We knew at half-time that we had to do better. We weren't brilliant but we were ready to fight for the result."

Mohamed Salah was an unused substitute after failing to fully recover from a lingering ankle injury that kept him out of the most recent Egypt squad.

Klopp said he only returned to full training on Friday but is likely to be fit enough to feature against Napoli in the Champions League on Wednesday.

"Mo is all good," he said. "He couldn't train for nine days. [Friday] was the first time at 100 per cent, so we had then to make the decision of whether we started him or not.

"We didn't start him; we wanted to bring him on as you probably saw but then we scored. So, we could rest him. That's really good and Wednesday he will be back."