The Chicken And Egg Question

Affluent India is having eggs and chicken as if there’s no tomorrow, but they remain beyond the poor man’s platter. Now countries across the world are turning to chicken and eggs to fight global hunger and malnutrition. Can that work for India? 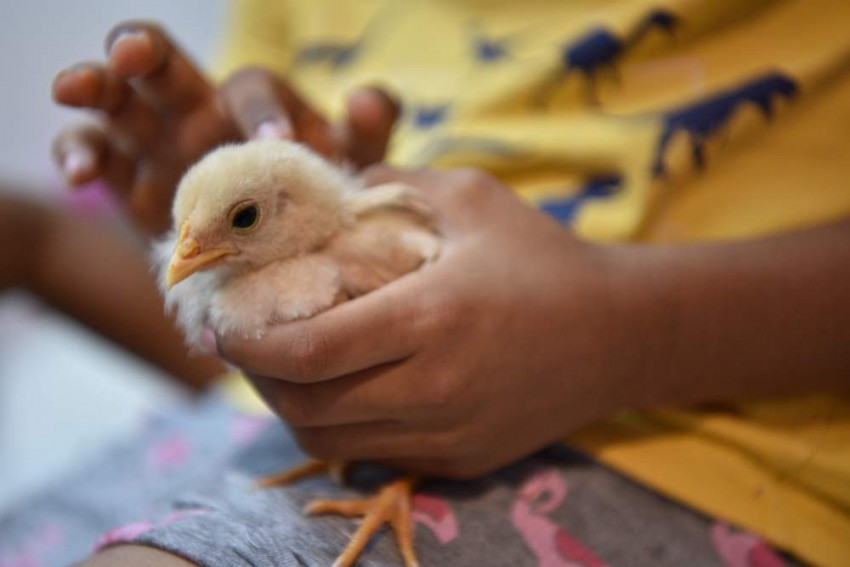 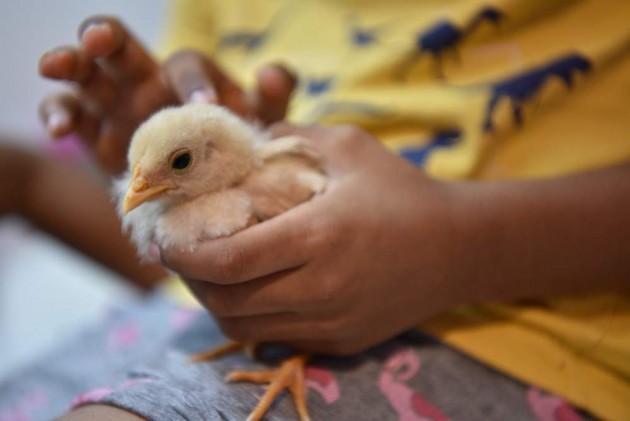 In October 2018, Uttar Pradesh took a precedent-setting, milestone step. The Animal Husbandry department distributed 50 chicks each to 1.5 lakh women living below poverty lines, to rear, sell or to eat chicken and eggs. All to fight malnutrition. With over 37 per cent children in the state malnourished, and just five per cent rural children below 23 months receiving an adequate diet, it was a small step, but still a significant one. It’s not that India or the states have not distributed chicks before, but always under livelihood schemes. Giving away chicks so that children can have eggs or meat at home, stands as a unique deviation from this trend.

CHICKEN ON EVERY PLOT

It’s another matter that the UP experiment hasn’t quite worked: chicks are very sensitive to their surroundings, water, feed, temperature and die if they are not vaccinated. But it’s an experiment worth rediscovering. It’s about time, too. Across the world, countries groaning under the burden of malnutrition are finding household food security and good nutrition via backyard poultry. In keeping with the American political slogan of yore, “A chicken in every pot,” Pakistan Premier Imran Khan has announced his anti-poverty scheme, “A chicken on every plot” in November 2018. That is, giving five hens and a rooster to several million poor families, especially rural women, so they can add a healthy ingredient to their diets and earn income at home by selling eggs.

Not just. International organisations and development funders are looking at chicken and eggs to find a credible answer to global hunger. Feed the Future, the US Government’s global hunger and food security initiative, has teamed up with scientists at the University of California at Davis to increase poultry production by breeding healthy chickens that are heat and disease resistant. A host of African countries—from Rwanda to Sierra Leone to Ethiopia—are building large chicken farms to provide eggs and meat at affordable prices. According to the Food and Agriculture Organization (FAO) of the United Nations, the major contributor to malnutrition and poor growth both in the womb and during the vulnerable first years of life is due to low-quality food. Poultry and eggs provide affordable pure protein and can play a key role in fighting hunger and malnutrition in poor countries.

The chicken was actually an Indian bird. Some 7,000 years ago the red jungle fowl (Gallus gallus murghi) began its journey from forest to farm in and around the Indus Valley civilisation. With archaeologists recovering chicken bones from Lothal in Gujarat, it’s possible to say that our ancestors in that distant past were rearing the wild birds and eating their eggs.

The ambiguity started with Vedic Aryans. They linked the symbolism of eggs to creation itself, the cosmic egg, and included it as a healing diet in medical treatises like Susruta and Charaka. Yet the status of chicken and eggs as food were not clear. The scavenging habits of the bird may have made them “unclearn”. Or it may also have been a negative reaction, because chicken and the egg were foods relished by “outsiders”—non-Aryans, Greeks, Bactrians, Scythians and Parthians. Arab visitors in the middle ages observed that ordinary Indians did not usually eat cows, chicken and eggs.

Persian, Portuguese and British culinary influences made eggs more acceptable. Yet for much of the 20th century, egg and chicken consumption in India thrived largely outside the home—as street food, in canteens, clubs and cafes. In 1950-51, per capita availability of eggs was just 5 per annum in India, as per agriculture ministry data.

From the 1970s, however, egg consumption started going up in India. The Green Revolution from the late 1960s, with its single-minded focus on wheat and rice, made all other inexpensive sources of dietary protein—pulses to millets—scarce and expensive. And gradually Indians shifted to eggs and chicken to fulfil their protein requirement, as shown by the National Sample Survey Office (NSSSO).

In the new millennium, India’s food basket has changed. Eggs and chicken are some of the fastest growing foods around the world and in India too. It’s called ‘Livestock Revolution,’ a term coined by The International Food Policy Research Institute (IFPRI) in the late ’90s. That means, a fundamental change in the way people eat. Instead of traditional staple cereals, the demand for food of animal origin grows, as incomes rise, lifestyles change, globalisation impacts a young and increasingly urban population. Vegetarianism has gradually become less strict in the country, with more than 50 per cent Indians between age 15 and 34 eating some form of meat, shows a 2016 national survey.

The popularity of poultry meat has zoomed in the last two decades, accounting for about 45 per cent of the total meat consumed. The poultry sector has turned into a major commercial industry. With 84 billion eggs produced a year, up from 34 billion in 2000, the country is the world’s third largest producer. The annual per capita availability also zoomed to 60 eggs and 2.5 Kg of meat, most of it from chickens, although it is far below the recommended level of consumption of 180 eggs and 10.8 kg poultry meat per person per annum by the Indian Council Medical Research.

Chicken and eggs still remain outside the pale of poor people in poor countries, while the affluent world consumes in excess of their dietary needs, reports the FAO (Shaping the future of livestock: sustainably, responsibly, efficiently, 2018). Although India has nearly 70 per cent of its population living in rural areas, about 75-80 per cent eggs and poultry meat are consumed by just 25 per cent of Indians living in urban areas. Most of rural and tribal Indians do not have access to poultry products, nor can they afford those.

According to scholars and activists, the lack of access or affordability to highly nutritious products like egg and meat results in malnutrition in the countryside. They are calling for adoption of small-scale, free-range poultry farming in the backyards of rural households, as a powerful tool to fight rural poverty and malnutrition. Based on traditional breeds, such farming can conserve some of the indigenous breeds of chicken under threat of extinction now, as well as contribute to dietary protein intake and incomes of resource-poor households.

Will such a model of family nourishment work in India? Will there be the political will to include backyard farming in a country where eggs are removed from school mid-day meals, depriving 10 crore children across India of a precious source of wholesome nutrition? Will Poshan Abhiyaan, Prime Minister Narendra Modi’s flagship mission to ensure a malnutrition-free India by 2022, dare to be different?