Populism Is Back. But Does It Make For Good Economics Or Bad?

In India, populist politics is a mode of government. Its masses need to be pleased all the time 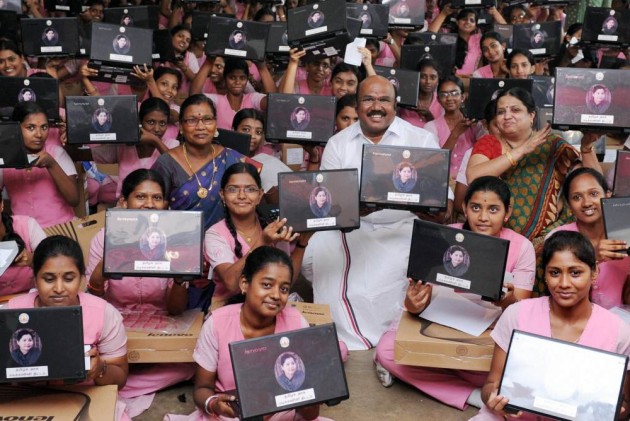 Prime Minister Narendra Modi’s Swachh Bharat, a cleanliness mission, sought to create a national consciousness around good hygiene, one that goes beyond mere public policy. He has actually deepened government, although he started off with a “minimum government” doctrine. The late Tamil Nadu politician J. Jayalalitha took populism to a whole new level. She redefined what governments could do for the people. Europe too is witnessing a populist groundswell. Donald trump's win is undoubtedly populist.

Obviously these are very different kinds of populism. So what is populism? Is it left wing or right? Does it make for good economics or bad?

In the mainstream western press, populism is constantly denounced by liberal politicians, such as Hillary Clinton, as a ranting, right-wing xenophobic appeal. In fact, that is not always quite the case.

In Latin America in the 1930s and 1940s, populism flowered into an influential political tradition at the hands of leaders such as Brazil’s Vargas and Argentina’s Perón.

Vargas, Perón and Mexico’s Cardenas were all populists. They were authoritarian too. They established a direct relationship with the people, were distinctly anti-capitalist, nationalized public services as well as foreign oil corporations, distributed land to peasants, undertook industrialization and enlarged social benefits.

They sought to end a political culture, in Vargas’s words, that promoted "the rich against the poor, and the powerful against the weak”. Speaking from balconies, they moved millions. They were undoubtedly charismatic. Their pro-people stance helped them wield autocratic power. They sought to promote a political ideology of the welfare state by showering what are called “petty public goods”.

That’s one kind of populism. In the Latin America version, populism represented a special relationship between the people and their leaders, driven by welfare. Hugo Chavez called it “21st century socialism”. At the heart of it lay a leader’s ability to bring people together towards a national goal.

Latin American and Indian populism are largely the same. Gandhi was a populist. He moved millions with his anti-modern, anti-colonial and anti-big-industry moral ideology.  Gandhi was no authoritarian, but exerted a lot of authority.

Bihar chief minister Nitish Kumar’s bicycles for poor schoolgirls and Amma’s subsidized canteens, the mid-day meal programme are examples of “petty public goods”. In economics, these are often called merit goods because they are basic necessities.

As in Latin America, populism in India is left-wing, no matter who practises it. In the West, it’s a right-wing thing. Whatever the economic necessities of demonetization to end tax evasion, the move has populist elements tied to it. To the poor, it’s being sold as a policy that finishes off dirty wealth of the rich.

The Latin America and Indian versions are therefore a mode of government dedicated to welfarism.

The populism of far right-right parties, on the rise in Europe, and that of Donald Trump is not to be confused with this sort of populism. It is something else altogether. The populism that we see in the West, which brought leaders like Trump to power, is fiercely anti-government. That is a crucial distinction.

What’s common to both? The answer is, people and their faith in demagogic leaders.

Most people cringe at the mention of political theory, deemed academic and boring. But theory helps by providing a framework to understand issues. Political theory shows it’s not easy to define populism as one single thing, much less categorise it as left or right.

Trump has called for the scrapping of free-trade agreements, very much a feature of globalization. That’s so left. Yet, there’s no doubt that he’s a right-wing populist, whose campaign was marked by a high-voltage nativist, white-supremist, anti-immigrant stance. It is this mix – of left and right – that has made populism hard to define. In fact, it’s fuzzy.

If you want to study populism, you have to take one guy seriously: University of Essex political philosopher Ernesto Lucklau.

The populist left Syriza party in Greece owes some of its policies and politics to his ideas. Lucklau’s book On Populist Reason showed how traditional class conflicts were no longer relevant in the study of political processes. The global Left, he argued, had a lot to learn from the Latin Americans. Essential reading, I’d say, to understand populism. (https://www.versobooks.com/books/273-on-populist-reason)

The London School of Economics philosopher Michael Oakeshott’s distinction between “politics of faith” and “politics of skepticism” remains the key framework in understanding both populisms. (https://books.google.co.in/books/about/The_Politics_of_Faith_and_the_Politics_o.html?id=FV2rHmGl2aQC&redir_esc=y ).

Simply put, populism in India falls in the category of “politics of faith”. In Europe, populism takes the shape of “politics of skepticism” that targets, invariably, the elites, immigrants and minorities. They root for instant solutions, such as Trump’s offer to build a wall between America and Mexico. Or his menacing promise to scrap the global climate deal. Such politics is viewed as a pathological condition of politics. In other words, it’s considered a “diseased” state of politics.

Such politics, as Margeret Canovan (http://onlinelibrary.wiley.com/doi/10.1111/1467-9248.00184/abstract ) shows, arises when people believe governments work for their own selfish interests, not theirs.

Populists in the West denounce globalization because it no longer nurtures them through job creation and economic growth. They hate minorities and immigrants because there’s this gap between demand and supply of jobs. When Trump called for “making America great again”, it was basically a code word for “making America white again”.

So, no amount of appeal by Hillary Clinton to vote for foundational American values which she claimed to be truly representing cut any ice.

On the other hand, welfare populism too can degenerate into a disease. In a bid to get more and more popular, politicians can go on showering unlimited freebies. From goods like free food or a street light, the offers can get ridiculously lucrative: gold jewellery, laptops and mobile phones. Not quite a merit good, but bribe.