If Make in India is a grand strategy, we will need to get people to shift from agricultural jobs to factory ones by training them 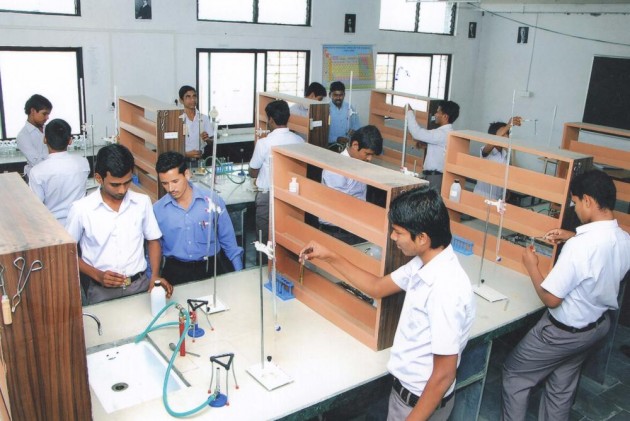 Gujarat University has been asked to produce Prime Minister Narendra Modi's correspondence course degree. I wish they could find my diploma as well. I did a course lasting two years (1987-89) at Baroda's MS University but left without collecting the certificate after appearing for the final examination.

I did not bother to collect it because the course was a waste of time and more or less useless. It would be instructive for me to describe it because manufacturing is seen as the way out for India's great unemployment problem. It is? I do not think so. Let's look at why.

In 2011, Lant Pritchett of Harvard's Kennedy School of Government, said this about education in India:

Are these harsh words? I would say not and my experience, which I recount, validates this. The first aspect of the poor education Pritchett refers to is India's primary schooling. There has been enough research published on the quality our school children's reading and counting abilities so I will not repeat it here. The second aspect is the quality of higher education, particularly in specialised fields. A study a few days ago from the association of India's chambers of commerce and industry (ASSOCHAM) said only 7% of India's MBAs were employable.

A similar figure is seen in the IT industry. A study by the National Association of Software and Services Companies (NASSCOM) said 90% of graduates and 75% of engineers were not good enough to receive training.

Our institutions are producing unemployable Indians. If Make in India is a grand strategy, we will need to get people to shift from agricultural jobs to factory ones by training them. This task is done at the college level by polytechnics. I studied for a diploma in textile technology in which we were to be taught how to use weaving, spinning and other aspects of making yarn and fabric.

The first thing to know is that polytechnics are filled with people who do not want to be there. Most of us were 16 or 17, having just passed out of Class 10, and were not studious enough or ambitious enough to want to school further. And the few who were older, meaning having finished high school, came because they could not get into a degree college. I cannot remember anyone who joined because they were interested in blue collar work.

This is my experience of two years of polytechnic education:

- None of the machines we worked on were really active, meaning we could feel them but couldn't turn them on. We never engaged with them as a worker might.

- Equipment was outdated (including machines that had been inaugurated by Nehru and some from before his time). We were taught weaving systems like jacquards and dobbies mostly on non-functioning machines. There were no water jet looms and no real modern equipment. The course was mainly linked to spinning cotton, which Ahmedabad mills used decades ago. Polyester extrusion and texturising was taught in theory, meaning we didn't really know how to do it. Even the cotton machines were usually not electrified.

- Our teachers were all white collar. They couldn't use the machines themselves. The blue collar staff, which had some mill experience, did not teach us and so there was no hands-on training of any sort.

- Classes were in English. We were tested (including viva voce) without actually working the machines. The assumption was that we would have to order around people, and didn't really need to know how they could do their work more efficiently.

- All students were middle class, and most had entered the course because of a lack of options rather than interest.

- All the students wanted to get into the degree course later, and most did, except those who had family businesses. None of us did a foreman's job. I joined the family business of texturising and weaving polyester immediately after, but had to learn everything from zero.

There is no chance that any of my colleagues could have managed with any competence a factory floor because we were not trained to do it.

If I could get my diploma from MS University, I would frame it as a testimony reminding me of how totally wasted those two years of my life were. It would be of no other use.