Pune police raided the homes of prominent human rights activists in several states and arrested at least three of them for suspected Maoist links. 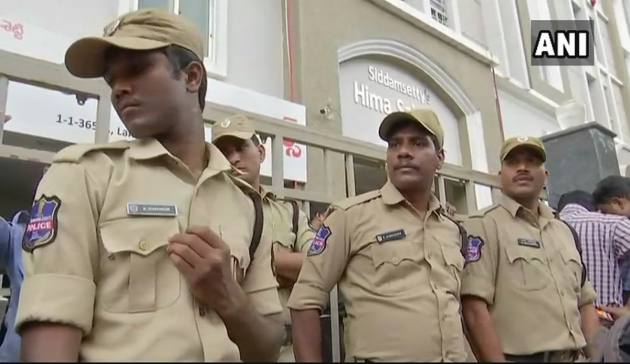 The Pune police on Tuesday raided residences of prominent human rights activists in several states and arrested at least five of them for suspected Maoist links.

The raids were carried out as a part of investigaton into the violence between Dalits and the upper caste Peshwas at Koregaon-Bhima village near Pune after 'Elgar Parishad' event on December 31, 2017.

Subsequently, Rao, Bhardwaj, Farreira, Gonzalves and Navalakha were arrested under the Indian Penal Code (IPC) Section 153 (A), which relates to promoting enmity between different groups on grounds of religion, race, place or birth, residence, language and committing acts prejudicial to maintenance of harmony, said the official.

Some other sections of the IPC were also pressed against those arrested, along with Unlawful Activities (Prevention) Act for their "alleged naxal activities," said the police official, without elaborating. The premises of Father Stan Swamy, a tribal leader in Jharkhand, too were searched but he was not detained, the official said.

In New Delhi, soon after Navalakha's arrest, the Delhi High Court ordered police not to take him out of the national capital at least until Wednesday.

Rao's name had appeared in a letter seized by the police during searches at the premises of one of the five people arrested in June in connection with the Elgar Parishad event on December 31 last year to commemorate 200 years of the Koregaon Bhima battle in 1818.

According to unconfirmed reports, raids were also conducted at residences of Susan Abraham, Kranthi Tekula, Father Stan Swamy in Ranchi and Anand Teltumbde in Goa.

Today's events mirrored simultaneous raids conducted in June when five activists were arrested in connection with the Koregaon-Bhima violence.

"During our investigation in connection with the Elgar Parishad event, some evidences came to light about members of a proscribed organisation, following which the police carried out raids in Chhattisgarh, Mumbai and Hyderabad," the police official told PTI.

The searches on Tuesday were conducted at homes of people having Maoist links and those directly or indirectly connected with the five arrested people, the official said.

The police claimed to have recovered "some incriminating documents" during the searches.

"We are also checking the financial transactions of these people, their modes of communication and also trying to gather technical evidence," the police official said.

Outgoing joint commissioner of Pune police Ravindra Kadam, on August 2, said no Maoist link had been found in the Bhima-Koregaon violence.

"It is a clear declaration of emergency. They are going after anyone who has spoken against the government on rights issues. They are against any dissent," Bhushan said.

Noted historian Ramachandra Guha called the action "absolutely chilling" and demanded the intervention of the Supreme Court to stop this "persecution and harassment" of independent voices.

The arrests are "a dangerous sign of a government that fears it is losing its mandate and is falling into panic. That lawyers, poets, writers, Dalit rights activists and intellectuals are being arrested on ludicrous charges ... tells us very clearly where India is headed," award-winning author Arundhati Roy told PTI.

(With inputs from PTI )