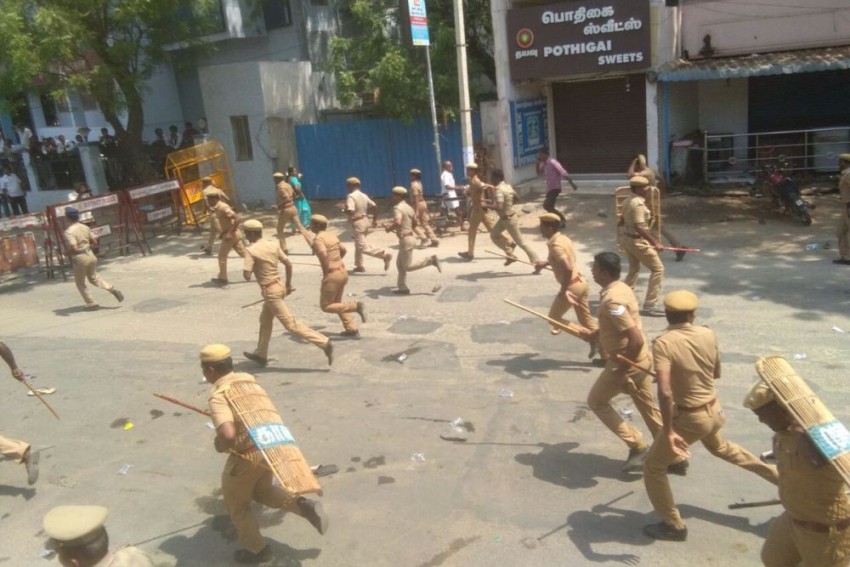 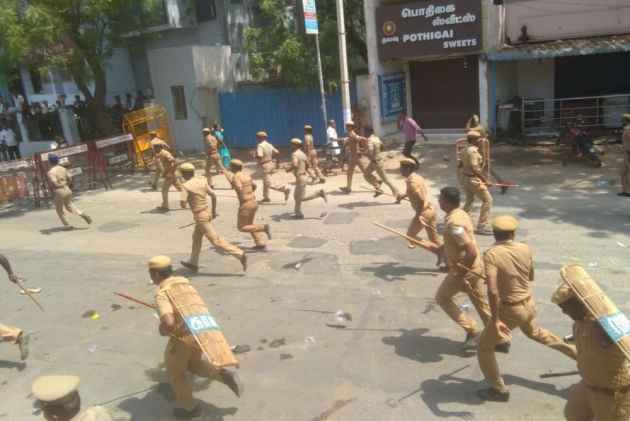 The months-long protests for the closure of Vedanta's Sterlite Copper unit in Tuticorin over pollution concerns turned violent today, with agitators fighting pitched battles with police, prompting it to open fire in which at least 12 protesters have been killed, said police.

Hurling stones and setting government vehicles and public property on fire, the agitators went on the rampage in the town, about 600 km from Tamil Nadu capital Chennai.

Police said nearly 5000 protesters gathered near a local church and insisted on taking out a rally to the district collectorate after they were denied permission to march to the copper smelter plant.

Many were injured in stone-pelting by the agitators, who also set some vehicles on fire. Windscreens of some government cars were smashed and bank premises were attacked by the rampaging mobs.

As the violence spiralled, police opened fire, that led to the killings.

Meanwhile, a state minister said though the government appreciated the sentiments of the protesters, police firing had become "unavoidable".

He said Chief Minister K Palaniswami was "concerned " over today's incidents and discussed the matter with officials.

Reinforcements have been rushed from neighbouring districts to Tuticorin to assist the local administration in restoring normalcy.

Some senior officials have also been despatched from Chennai to the strife-torn town to assess the situation and take measures to restore calm, sources said.

DMK Working President MK Stalin condmened the police action, saying the state government should have sorted out the issue earlier through talks with the protesters.

"Since the government did not take any steps in this regard, the people launched today's massive rally....Police attacked people indiscriminately and opened fire on them which is condemmnable," Stalin, also the Leader of the Opposition in the state Assembly, told reporters in Chennai.

MDMK founder Vaiko, who led many anti-Sterlite protests, denounced police action, calling it "codemnable", and flaying the AIADMK government for it.

Opposition PMK, DMDK and MNM, besides Dravidar Kazhagam also assailed the government over the issue.

Following a Madras High Court directive, the district authorities had issued prohibitory orders under section 144 of CrPC, barring assembly of more than four people in and around the Sterlite plant.

Meanwhile, a peaceful demonstration was also held near the old bus stand in Tuticorin, demanding the closure of the Sterlite unit and against its proposed expansion.

Several shops in Tuticorin, besides Srivaikundam and Oddapidaram remained shut in support of the protest, police said.

Locals have alleged that the plant was polluting ground water in their area.

Nearly 3000 police personnel have been deployed under four Additional Superintendents of Police and 13 Dy SPs to bring the situation under control, official sources said. Anti-riot personnel on Vajra and Varun vehicles were moving in the town.

Jayakumar said that the AIADMK government under the late J Jayalalithaa had moved the Supreme Court against a green tribunal order allowing the plant to function, and the petition was pending there.

The minister said the government had not given the licence for expansion of the plant.

"There is no support by the AMMA government to any project that is not desired by people," he said.

Sterlite Copper is a unit of Vedanta Limited which operates a 400,000-tonne per annum capacity plant in Tuticorin.

Rise Up Students, Your Future Is At Risk! : Rahul Gandhi Attacks PM Modi On Proposal To Overhaul UPSC