PM Modi Blames UPA Govt For Bad Loans, Says They Were Given At Behest Of 'Namdars'

Banks lent crores of rupees in contravention of rules to businessmen who were referred by the 'namdars', he alleged. 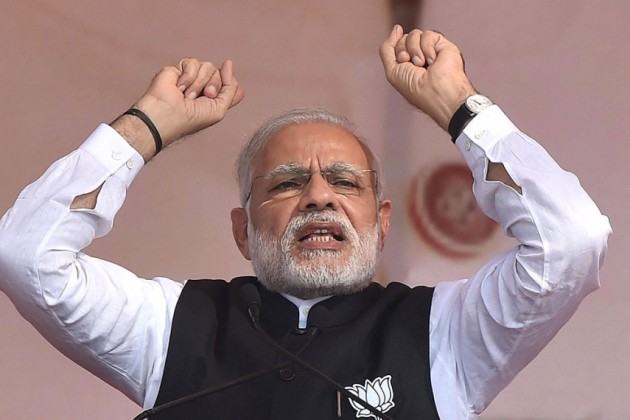 Blaming the bad loans in the banking sector on the '"phone-a-loan" scam of previous UPA government, Prime Minister Narendra Modi on Saturday said that every penny given at the behest of "namdars" (dynasts) will be recovered.

Speaking at a function to launch the payments bank of the postal department, he said a majority of bank funds during the previous regime were reserved only for rich who were close to a particular family.

Against Rs 18 lakh crore loans given since Independence to 2008, the figure rose to an astronomical Rs 52 lakh crore in six years thereafter, he said.

"Loans were given on phone calls made by 'namdars' (dynasts)," he said without taking anyone's name.

Banks lent crores of rupees in contravention of rules to businessmen who were referred by the 'namdars', he alleged.

"Knowing fully well that loans will not be paid back, banks lent money on orders of a family to a few," he said adding the lenders were forced to restructure the debt when the borrowers defaulted.

He charged the previous UPA government of hiding the extent of NPAs.

Since coming to power in 2014, the NDA government has analysed the enormity of the situation and asked banks to strictly recover dues, he said.

"Congress had put the economy on a landmine," he said. "Our government brought out the true picture of NPAs and the scam of the previous government."

During the last four years, all loans in excess of Rs 50 crore have been reviewed and ensured that terms are strictly complied with, he said.

Modi said 12 of the biggest loan defaulters have an outstanding of Rs 1.75 lakh crore. Another 27 have Rs 1 lakh crore. "We never gave any loans to any of the 12 big defaulters," he said.