Locals in Shimla are pleading tourists to "not come here" and "select other destination" for their summer vacation plans. 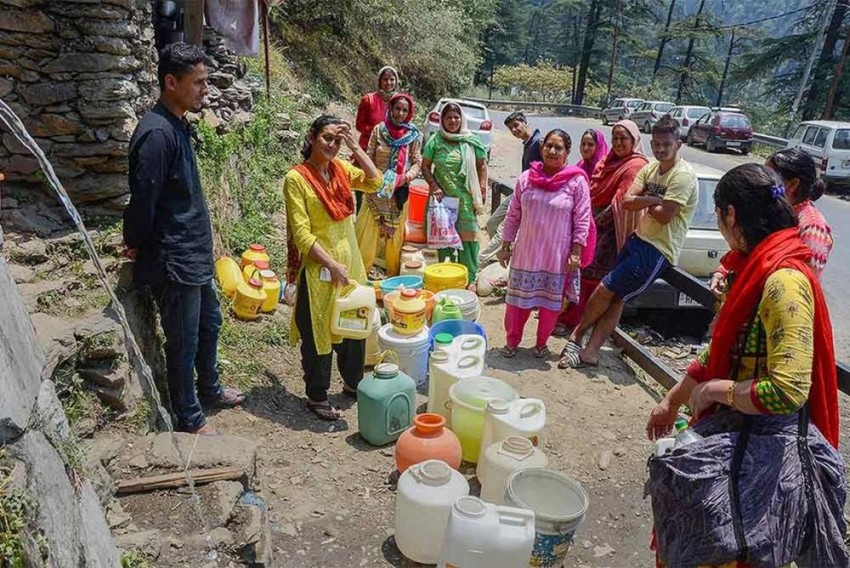 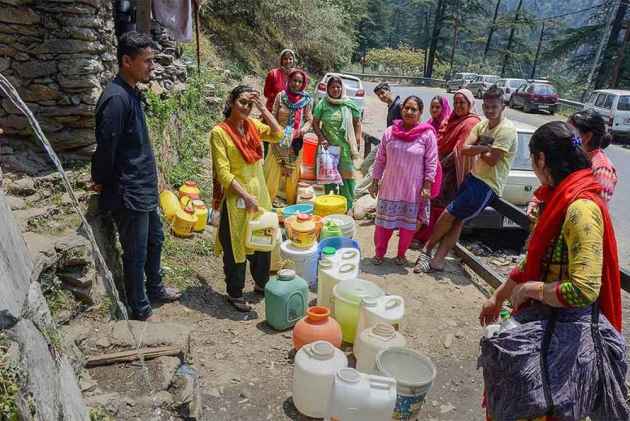 Perhaps for the first time in Shimla-the most visited hill station in Himachal Pradesh- tourists are not welcome.

For eight straight days, the Queen of Hills is struggling to keep up with an unprecedented water shortage. Agitated with not receiving proper water supply for eight straight days, even as mercury mockingly soars, locals in Shimla are pleading tourists to "not come here" and "select other destination" for their summer vacation.

The parched Shimla is slowly getting hesitant to host tourists it had willingly accommodated in its culture and social fabric till a week ago. Messages like “There is no water for us, please do not come here and select some other destination,” are being sent out and tourists are advised to hold their travel plans. Hotels are cancelling bookings and refunding the entire amount in some cases, because managing daily water requirements for them is too expensive, with many shelling about Rs 15,000 everyday to buy water from private tankers. Tourists already there are advised to use less water.

The requirement of water increases to 45 million litres a day (MLD) during this season, which is also when tourists throng the place. The availability of water, however, touched a new low of 18 to 27 MLD due to scanty rain and snowfall during the winters and drying up of the perennial water sources.  Despite assurances by the Municipal Corporations and the government over adequate distribution of water, immediate relief to people of Shimla is virtually denied.

According to census 2011, the population of the city, which was designed for 25,000 people, stands at 169,570. It swells by between 90,000 and one lakh during the peak tourist season in summer. But tourism, people argue, has proved to be a golden axe to the locals- it remains a key source for revenue, but at the cost of basic needs of the people who reside there.

"Tourism was and is always promoted by Himachal Pradesh Government. Its a shame that they are not able to provide all necessities to keep-up to the locals living in the town, specially understanding the mere needs required for living that too as essential as 'water'," says Aditya Sharma, a resident of Talland, unable to comprehend why the needs of the locals are allegedly sidelined to keep the tourism sector alive and flourishing.

The Shimla district administration has postponed a major tourist attraction, “International Shimla Summer Festival”, scheduled from June 1 to 5. Its spokesperson told news agency PTI the decision was taken on humanitarian grounds as the local people are facing a water shortage. Brijmohan Chauhan, President of Himachal Bar Association said it is the first time this has ever happened.

Shimla has never been abundant with water supply, only this time the situation is "very very bad", as CM Ram Nath Thakur said.

"It is nothing new," says Aditya Sharma, born and brought up in Talland, one of the most urban areas in the city. But yes, it is much worse.

It never lasted for so long, but water scarcity for 1 or 2 days has always been the norm. "For as long as I can remember, water shortage was always a problem and we always had to use large buckets, utensils to store water we received from tankers," he said.

In the 90s, water supply wasn't for individual houses in many localities and people had to wait in queues to get water from single taps provided by the Municipal Corporation. Slowly each house was provided with its own supply meter but then also the water was provided for a maximum of 1 hour and that too on odd hours of the day. In Summers, the supply was not consistent and it became normal to expect water supply in a gap of 1 to 2 days, says Sharma, adding that facts never altered Shimla's blooming tourism industry.

Did the residents of the summer capital of Himachal Pradesh get so accustomed to the acute shortage of water, they stopped raising their voices against it?

"They always spoke. Their voices were never heard," says Srishti Millicent from Shimla. "Ultimately, they somehow accepted the fact that the water crisis will remain forever. They had no choice but to adjust to the reality." Except this time, around the same time the BJP government celebrated its 4 years in power, locals took to the street in agitation.

According to a CAG report, the per capital average water supplied in Shimla between 2009 and 2014 was 110 litres as against the prescribed level of 135 litres per day. This summer, it has fallen below 50 litres per capital per day with piped water being supplied once a week.This brought Shimla to a standstill, with even the bar association stopping work.

"Shimla requires at least 44-45 MLD water every day. For the last 4-5 years, the Municipal Corporation has provided 20-25 MLD water. The important difference is that it used to be distributed every 3 days. So, even though water supply was short, it was frequent. This time, however, the MC supplied 20-25 MLD water just once in eight days. Scarcity was  always there, especially during summers, but this time, it is unprecedented, "explains Chauhan.

Population explosion in a city designed to accommodate 25,000 people, an overflow of tourists everyday especially during summers, is part of the problem.  The Ashwani Khad water supply scheme was closed after an outbreak of jaundice due to contaminated water in 2015, adding to the problem. The ambitious Koldam water supply scheme, envisaging the lifting of water from Sutlej river is still in the works after six years. Currently, each zone of the town gets piped water only after a gap of several days.

Chauhan feels there is more to it. "In short," he says, " I blame the Municipal corporation."

"It is an unplanned system, where demand is much more than the capacity to lift water. Main culprit here is the water distribution system. The VIPs and hotels get preferential treatment, and common public has to suffer."

Taking a suo moto cognizance, the Himachal Pradesh High Court has directed the state government and the Shimla Municipal Corporation to not allow any water supply for building construction and car washing.

VIPs have also been stripped of the privilege to receive preferential treatment in water distribution. That includes bureaucrats, judges, but not governor and Chief Minister.

The CM also chaired two meetings, after which the government decided to divide Shimla City into three zones. The CM directed officials that equitable water distribution should be ensured to all the localities after every three days.

Many say it could have got "bigger". "Imagine waiting for a basic necessity like water in a queue at 9.30 in the night for eight straight days. Shimla is at a brink of a disaster. Notice the still relative calm of the people there. It shouldn't be taken for granted," says another resident Kuldeep Bhagawat.

The outrage in the people of Shimla over water shortag is emblematic of a long-overdue fight for basic necessity devoid to the locals. "It has been happening since forever," says Sharma, "but the struggle may just near its completion."