Quoting sources in Navy, the news agency further said that the operation is still going on by naval special forces to capture 12 pirates. 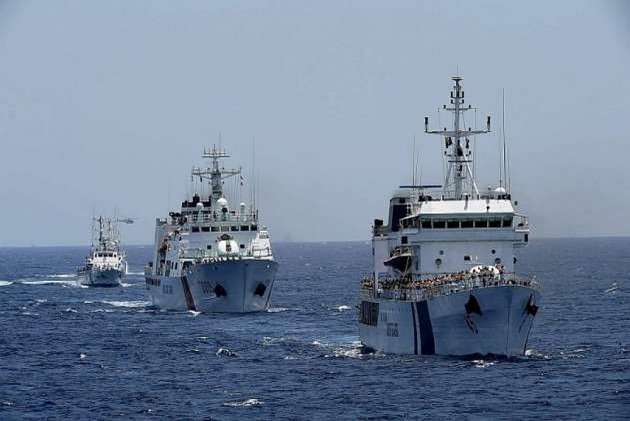 The Navy's stealth frigate INS Trishul today foiled a piracy attempt against an Indian bulk carrier in the Gulf of Aden.

The piracy attempt was made on the Indian ship MV Jag Amar at 12:30 pm and the INS Trishul, which was on an anti- piracy deployment in the region, responded immediately, Navy spokesperson Capt D K Sharma said.

He said all 26 Indian crew onboard the Indian ship were safe.

The Navy's elite Marcos commandos carried out a swift operation to rescue the 85,000-tonne bulk carrier.

Capt Sharma said an AK 47, one magazine with 27 rounds, grapnels, ropes, fuel drums and ladders were recovered during the operation.

Twelve pirates on a skiff made the piracy attempt on the Indian ship.

The Indian Navy has been actively engaged in anti-piracy operations in the Gulf of Aden, a key shipping route near the southern tip of the Red Sea between Somalia and Yemen.

Earlier this year, in April, Somalian pirates had captured an Indian ship only to free them a week later.

Experts have warned that shipping companies have let down their guard after the piracy crisis reached its height five years ago.

Somali pirates began attacking ships in 2005, disrupting a major shipping route in the Red Sea and costing the global economy billions of dollars.