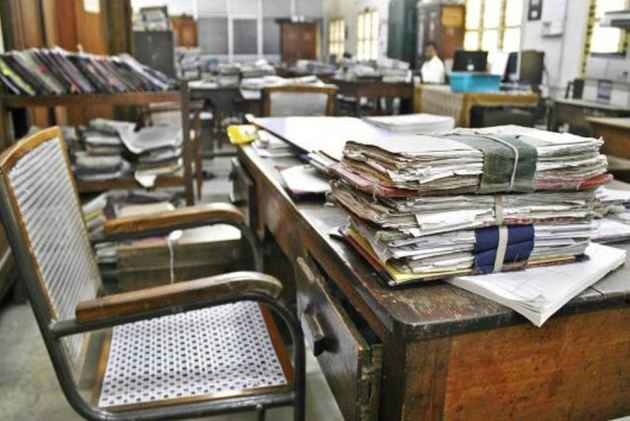 An estimated 2.53 lakh central government jobs were generated in the last two years, reveals an examination of Union budget 2018-19.

According to the budget documents, presented by Finance Minister Arun Jaitley on Thursday, the estimated workforce of central government establishments will be 35.05 lakh as on March 1, 2018.

About 2.27 lakh jobs are estimated to have been added in central government departments between 2016 and 2017.

An estimated 34.8 lakh people were working with central government departments as on March 1, 2017, the budget documents say.

Though the lion's share of jobs has been added in police departments, the numbers have also gone up in various ministries and departments.

A reading of the budget papers, which gives a sector-wise break-up, details how the numbers stack up.

The budget says, for instance, that the Department of Agriculture, Cooperation and Farmers' Welfare will add 1,944 jobs by March 1. Its actual strength in 2016 was 3,996.

Similarly, about 1,519 new jobs are estimated to have been added by the Department of Animal Husbandry, Dairying and Fisheries between 2016 and March 2018.

The Home Ministry (excluding police force, cabinet and police departments under it) will add 5,836 more personnel to take its strength to 26,188 by next month.

About one lakh more workforce is estimated to have been added in police departments under the home ministry to take the total head count to 11,25,093 by March 2018.

There will be an estimated increase of 1,196 persons in the Ministry of External Affairs by March 2018 as against its actual strength of 9,672 in 2016, the budget documents say.

An estimated 772 people will be part of the workforce of the Minority Affairs Ministry by next month. Its actual strength in 2016 was 774.

The Mines Ministry will have 772 more personnel to take its strength to 8,562. There were 7,790 personnel employed with the ministry in 2016, the documents say.

The numbers of jobs in other government departments are also given in the document.