A former Miss Universe, an actor, a poet and a single mother. Sushmita Sen feels none of these define her. 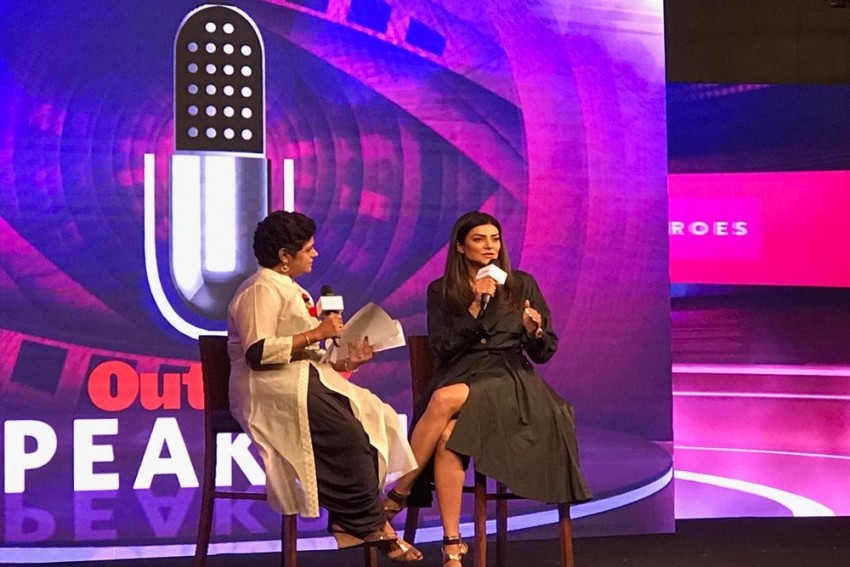 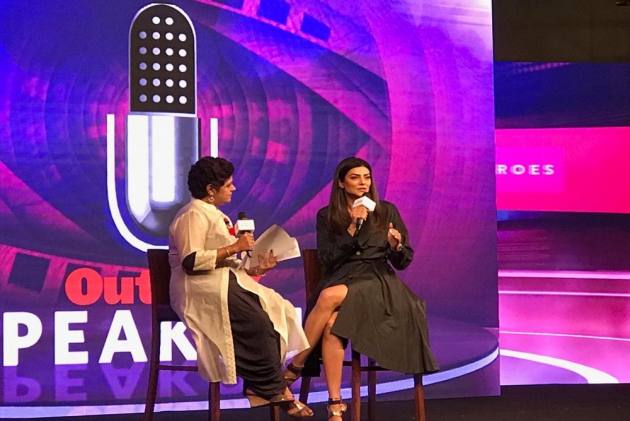 A former Miss Universe, an actor, a poet and a single mother. Sushmita Sen feels none of these define her. What defines her is “I Am”.

“My mom allowed me to be the way I am. I don’t need to convince people that I’m beautiful,” said the former teenage beauty queen-- India’s first Miss Universe in 1994--speaking at the second Outlook Speakout conclave, with women’s empowerment as the theme, in New Delhi on September 28.

From childhood, as an army officer’s daughter, she had a mind of her own. Her mother was her inspiration and guided her through every moment, so much so that Sushmita could make important life decisions without anxiety and with full responsibility. A Miss Universe at 18, she became a single mother at 24.

She said that lessons learnt as a parent was that every child is different and unique. They need to raised in different ways. “I’m not a helicopter mom involved in my daughter’s lives, but only to a point. I want my daughters to recognise responsibility being born into a public domain. They represent hope to many other children.”

The need of the hour is integrity, honesty and the ability to know that every action has consequences. She said that another value that she would like the next generation to imbibe is patience. “Impatience leads to irreversible mistakes.”

The 42-year-old mother of two is proud that her younger daughter is good at maths, the only one in the Sen family. There is a huge age difference between her daughters- nine years. “My younger daughter keeps asking me why the media keeps taking my pictures. It has been eight years that she’s given up movies but, she wishes to make come back.”

She entered the film industry 27 years ago, but she is happy that now woman are given realistic roles. She said that she is going to write her own script and the industry is not going to write one for her. She added that good times are always going to come back no matter how bad the present moment is.

Talking about the gender based wage difference in the industry, she said that women face discrimination in every sector. “We have miles to go, to be paid the same wage for the same job. We need to raise a collective voice rather than a campaign.”

She is glad that women have found a way to say ‘NO’ in an industry that is dominated by men. But, all men are not similar. “There are men in our society who celebrate women. No one needs to empower us, just support us.”

She supports death penalty for child rapists. She said a rapist, no matter what age, deserves to die. “You rape a woman, you take away everything. Fathers have a big duty to participate in the parenting process of the sons because sons are generally close to the fathers.”

She believes that it is time we need to make our sons understand, “When you disrespect a woman, you disrespect your Maa. Respect cannot be demanded, only commanded!”