Opinion: Yogi Adityanath Is The Best, Natural Choice And He Enjoys Modi’s Confidence And Cadre Support

As a yogi, he is above caste, communal predilections, he is hard working with no family bondages. His persona in many ways reflects that of the PM 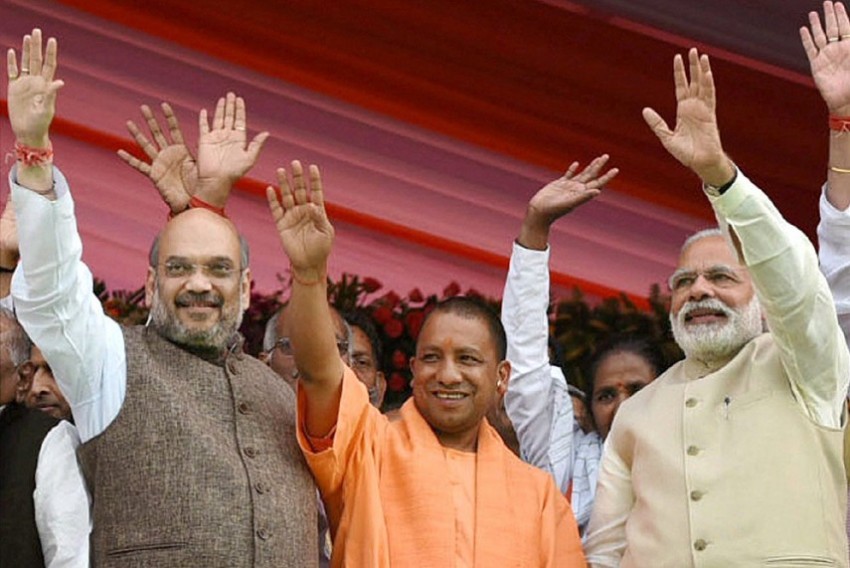 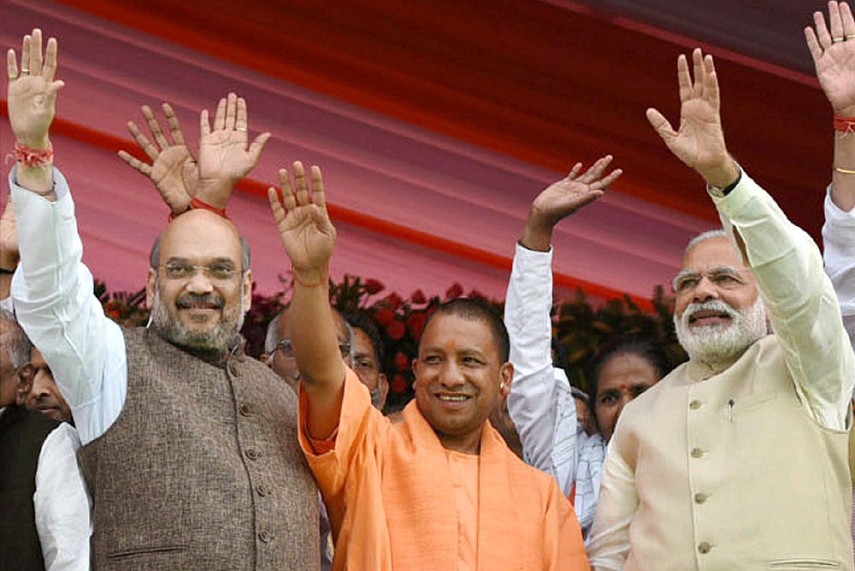 Politics is all about perception. Once again the BJP has won the battle of perception in UP by selecting Yogi Adityanath as its new Chief Minister. It is not my case that the media has no right to run a smear campaign to project the Yogi as the anti-thesis of the Prime Minister Narendra Modi’s development agenda.

It has now become passé to subject any action of the BJP to the litmus test of Hindu versus secular, moderate versus hardline, pro- poor, pro-corporate and caste communal permutations.

Critics need not be blamed for all this. Because this is the politics they are familiar with and this was how politics was practiced for decades.Narendra Modi has changed the grammar and content of Indian politics. His opponents are still confused and confounded for a response.

Has Modi changed India or has India changed is debatable. The fact is Yogi enjoys the confidence of Narendra Modi, who led the party to many historic victories, he is a disciplined and committed leader of the party and has the zeal and tenacity to accomplish the task before him. This is all that matters for the party.

Try judging BJP on the past parameters and one often ends up with wrong conclusions. This is what happened when the critics started their campaign on demonetization, surgical strike, going to polls without projecting a CM candidate, intolerance campaign, award Vapasi and attack on freedom of expression.

On all these, the truth was far away from what the critics tried to impose on the public psyche. There were very few who conceded a landslide victory for BJP in UP and Uttarakhand. All of them who lost the poll prediction wrong have now ganged up to tarnish Yogi as a Hindu mascot and a terrible miscalculation of the mood of the electorate who massively voted BJP for development.

A state as vast and diverse as UP needed a unifying leader. The party has many leaders who could don the mantle. K P Maurya, Dinesh Sharma, Manoj Sinha and senior leader Rajnath Singh were the other names in circulation. Yogi was finally chosen as the majority of MLAs rooted for him.

As a yogi, he is above caste, communal predilections, he is hard working with no family bondages. His persona in many ways reflects that of the PM. A man of action he is committed to vikas and justice for all, the twin objectives the BJP has projected as goal. Under him the party will be able to keep the momentum alive till 2019.

Building Ram Temple in Ayodhya is not a party issue. It is a commitment, but subject to Supreme Court verdict and building consensus.The priority for the new CM is development, as the PM stressed making UP Uttam State of India. Yogi has reassured his people an era of peace and progress.

Those who paint Adityanath disastrous perhaps believe that the BJP has great expertise in committing hara-kiri. They have no idea or respect for the political wisdom of the BJP leadership, which steered the party to historic victories many times in recent years.

Yogi Adityanath need not be judged by the colour he wears or the speeches he made. He may be weighed by his actions as Chief Minister. Perhaps this is what the Samajwadi Party advised critics, though it is the biggest loser in this election.

Could the BJP have chosen a more acceptable face? The question is acceptable for whom? Has the Prime Minister compromised his promise of development by selecting the Yogi? How does Yogi ensure sarvamath(consensus) when he is seen as a hardline Hindu? Has the BJP gone back to its old ways? Will it not damage the BJP prospects in the 2019 elections? Simple answer to all these questions is a big no. Remember most of these are from BJP critics and mainly from outside the state, the real theatre of action.

The answers to these questions will be better understood only if one is able to properly appreciate the UP mandate. It was for change. It was for development. It was against the SP’s poor record on law and order front, corruption and misgovernance. It was equally against the naked and shameless appeasement of communal elements and criminals, limited caste groups and power brokers. It was also an assertion of the will of the majority against decades of pro-Muslim politics.

Nobody is questioning the character, commitment, integrity and popularity of Yogi Adityanath. He has a sterling record of service at the ground level and has been winning his seat for five terms, ever since he was first elected. He was one of party’s chief campaigners, he is direct, and an effective communicator. He has a clean image. He is a hard taskmaster and a hands-on politician. He is respected and is a darling of his people. His personal beliefs, his simple life style and the demands of his saintly persona are matters of his choice and need not worry anybody as long as he performs his duty as a Chief Minister.

The BJP manifesto has clearly laid down the road map for development. In this he will be guided ably by the party leadership, centre and his experienced and efficient colleagues. Yogi’s first priority is to restore rule of law, control crimes and corruption.

No doubt the new CM brings with him immense public goodwill and massive support. Adityanath became the natural choice for the party, because he is one of the senior most leaders in the state, with mass appeal, experience and youth appeal. There are dozens of such leaders in the BJP with all these attributes, but ultimately it is the prerogative of the majority of the MLAs to choose their leader.

The BJP unlike the Congress or other family parties does not impose leadership from above. Rather it makes the most democratic choice, keeping the party’s long-term interest on the top. UP needed to be given a message that reflected the mandate and the new political discourse the BJP has come to represent. Certainly this politics is ideologically and practically the opposite of the Congress brand which the people have rejected.

The BJP has to ensure that what it gained in 2014 and 2017 is nurtured, cemented and expanded. To say that the Yogi was selected on the insistence of the RSS is an expression of ignorance of the working of the Sangh ideological family. As far as the decision-making is concerned the PM and the party chief take the final call in BJP.

The party’s ideal of cultural nationalism and development are complementary to each other and in selecting Yogi Adityanath the party had pushed both upfront. The smooth and cordial atmosphere in which Yogi was anointed and the enthusiastic endorsement he received from the public should freeze all doubts over its political sagacity. The BJP is certain to repeat its sterling performance with Yogi at the helm.

(The author is a senior journalist and political analyst. He can be contacted at Balashankar12@gmail.com Twitter @drbalashankar. Ph.09811971071)