National Will Vietnam Join A Common Front Against China?

Will Vietnam Join A Common Front Against China?

There is elevated hope in India, as in Washington DC, that Vietnam would actively help in trying to checkmate China. This might be an erroneous assessment if we study the China-Vietnam normalisation process. 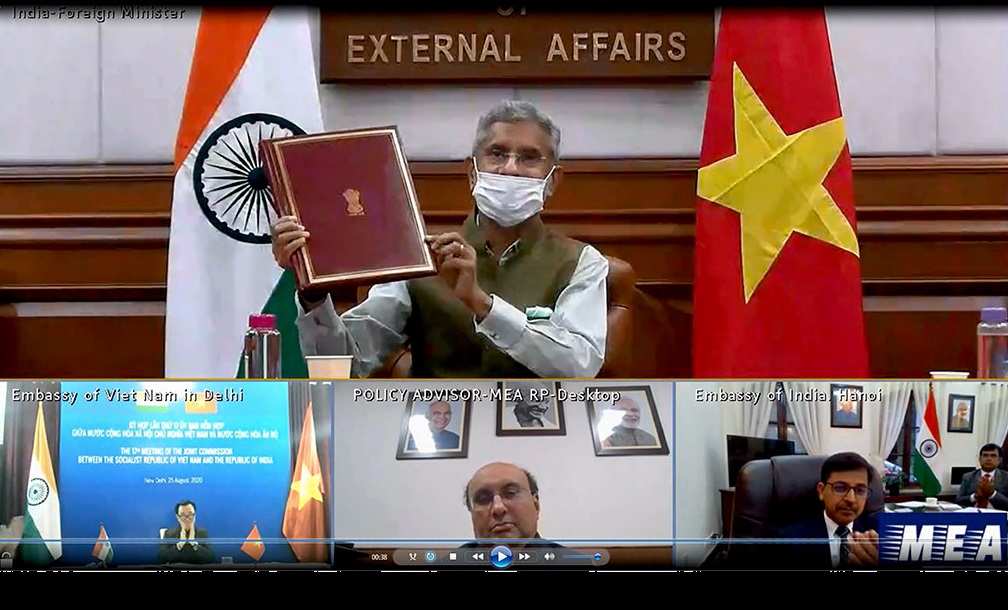 It was 41 years ago, on February 17, 1979, that Communist China invaded Communist Vietnam much to the embarrassment of the late Atal Bihari Vajpayee, then our external affairs minister. Vajpayee, who had just begun his China visit to try to mend the strained relations, decided to end his mission and return to India. On February 18, 1979, Prime Minister Morarji Desai expressed “profound shock and distress over the invasion” and called for an immediate withdrawal of the Chinese forces from Vietnam.

The New York Times (Feb 18, 1979), quoted Taiwanese officials saying that American decision to normalise relations with China had encouraged Beijing to undertake this invasion to irritate the Soviet Union. A story quoted much later by Japanese sources said that Deng Xiaoping, during his “charm offensive” to the West, had reportedly told US President Jimmy Carter in January 1979 that “The little child is getting naughty, it’s time he gets spanked.”
Initially, Mao’s China and Communist North Vietnam had cordial relations. Like in North Korea, China dispatched 3,20,000 PLA troops to help North Vietnamese legend Ho Chi Minh to fight the French colonialists and later the Americans. In 1974, China captured Paracel Islands in South China Sea from the anti-Communist regime in Saigon, South Vietnam. In 1975, both Vietnams were joined under the Communist rule.

However, this cordial relationship was disrupted when Vietnam joined the Soviet-dominated “Comecon” for economic cooperation in 1978 and also signed a mutual treaty of friendship. China branded Vietnam as “Cuba of the East” with hegemonic intentions of dominating South East Asia. In December 1978, Vietnam annoyed Beijing by launching a full-scale war on the Khemer Rouge regime in Kampuchia (Cambodia), seizing its capital Phnom Penh. It toppled the brutal Pol Pot who had killed nearly two million Cambodians through forced labour and executions.

Like in India, the Sino-Vietnam War started with a border skirmish on August 25, 1978. The real invasion started in the early hours of February 17, 1979, with 400 tanks, 1500 artillery guns and 3,00,000 troops who crossed over from three directions. They also used the same tactics like the 1950 Korean War with human waves of “ragtag soldiers and a scorched-earth policy to completely destroy everything in their paths”, as Vietnamese academic Nguyen Minh Quang observed. Also, like in India in 1962, the Chinese suddenly withdrew on March 16, 1979, declaring that the mission was accomplished.

In the final analysis, the war was futile as Vietnamese forces continued to stay in Kampuchia till 1989. PLA suffered 28,000 deaths compared to Vietnam where the toll was 10,000. The only victory China can boast of was the absence of active Soviet intervention to help Vietnam. Yet, there were credible reports that the Soviet Union had given Vietnam equipment and live intelligence on China through their Pacific fleet stationed off the Vietnamese coast. However, from 1986 onwards,Soviet Union started reversing its policy and giving preference to mending fences with China at the expense of Vietnam.

There is elevated hope in India, as in Washington DC, that Vietnam would actively help in trying to checkmate China. This might be an erroneous assessment if we study the China-Vietnam normalisation process from 1991 culminating in their Border Treaty signed in December 1999 including the “16-golden-word motto” on deepening bilateral economic interdependence.

Since 2004, China has been Vietnam’s biggest trade partner and the second-largest export market after America, according to “Vietnam News” of April 25, 2019. Even after Chinese Coast Guards sank a Vietnamese vessel off Paracel Islands on April 3, 2020, Vietnam was seen trying their policy of “compartmentalising” its response to China and “not allow them to disrupt other parts of the bilateral relationship”.

This will be clearer if we read the above with their 2019 Defence White Paper “Four Noes and One Depend” not aligning with one great power against another as Derek Grossman from RAND had pointed out in The Diplomat of August 5, 2020.