What's In A Name? Mainland China Restaurant Or Gobi Manchurian Are More Indian Than Chinese

If India’s foreign relations were to determine the kind of cuisine served in restaurants, we would be completely deprived of so many sumptuous treats for obvious reasons. No restaurant would have dared serve Chinese cuisine after the 1962 war. 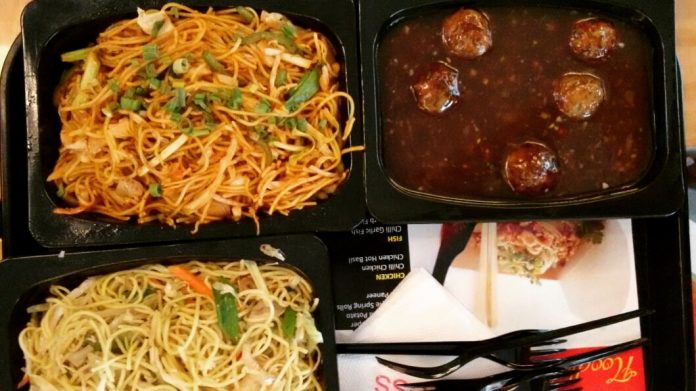 They say it’s all about timing. So, when our favourite eatery Mainland China started a sub-brand called Mainland Asia around mid-June, wild speculations did the rounds. Anjan Chatterjee, founder and promoter of the restaurant brand, was inundated with calls to verify his intention. Was it to show his patriotism or what? They must have asked. Absurd, he must have politely dismissed. Those who know Anjan are aware that he is a man of detail and research. Sure enough, Chatterjee did his spadework months ago as he was on the path of expanding the landscape of his menu by including an Asian repertoire which is what the urban Indian palate is seeking. He understood the need to move beyond the done-to-death Chinese cuisine for a whole lot of newer and fresher Asian flavours—which is also a reflection of how much our palette has evolved. So the change of name amid anti-China sentiments was indeed enough to turn heads.

But look at the timing. The sub-brand was launched almost a fortnight after the stand-off between the Indian and Chinese soldiers in Galwan Valley in Ladakh. By then, we mourned the loss of 20 Indian soldiers, including an officer, along the Sino-India border. It hurt like no other wound. This face-off was different even though it wasn’t the first clash between the two countries that went to a full-fledged war in 1962. This time, the barbaric manner in which the neighbouring country carried out the attack was disgusting. So disgusting that it seemed only befitting for us to call for a boycott of Chinese goods. And then, amid the growing anti-China rhetoric, an appeal of sorts came from a politician to give up on our favourite cuisine (Chinese) altogether. Perhaps, this was the best way to vent out our anger! If that be the case, in some way, we all have been guilty of promoting a spirit and culture that does not quite deserve the adulation it enjoys. Look at us, we would rather chomp on our noodles instead of pani poori or dhokla! Not that we have lesser love for the latter. Of course, the call to boycott Chinese food was immediately scoffed by restaurateurs who are in the food business largely for profit.

If India’s foreign relations were to determine the kind of cuisine served in restaurants, we would be completely deprived of so many sumptuous treats for obvious reasons. No restaurant would have dared serve Chinese cuisine after the 1962 war. And no one I know or spoke with recalls such an action being taken after the Sino-India war. My anthropologist father, who was in his Pre-University then, only recalled what he read of the war in the absence of any television in those days. The way the Chinese soldiers came marching on was something he is never tired of narrating even to this day. One weapon was carried by three soldiers. The logic was, a man is born in every home, but a gun is produced only in armaments and, therefore, is far more precious. If one soldier died, there were two of them to bring back the weapon. At least, one soldier would always make it to home with the weapon. And ironically, when Indian soldiers came as far as Arunachal Pradesh, the then North-East Frontier Agency (NEFA), their first encounter with fellow Indians – Arunachalis – led to a disaster. Many Arunachalis died at the hands of their own Indian brethren who only looked at the size of their eyes and mistook them to be foes from across the Line of Control. That’s another story for another day!

Anyway, ten years after the Indo-Chinese war, a brave young man named Pavan Verma, who studied engineering in Dusseldorf, came back with his degree and a soft corner for Chinese food, the only cuisine he could stomach in a foreign land and intimately fell in love with it. He chucked up his degree and instead opened Golden Dragon, a Chinese eatery in Vasant Vihar. Today, his sons Rohit and Nitin, who run the show, would tell you about our unwavering love for Chinese food. And during all the ups and downs in Indo-Chinese ties, Vermas’ business only flourished.

Differences in the world view through history generally found expressions in geopolitical doctrine and economic policies. Sometimes these differences were also naturally reflected in the most universal things such as food. History is replete with hearsays like how during the height of the Cold War, vodka, which is associated with the then Soviet Union, was poured on the streets in America and bartenders demanded a ban on it as well as Moscow mule. Well, in 2016, all was forgotten. Vodka outperformed whiskey as Americans drank approximately 69.8 million crates of this clear distilled alcoholic beverage (almost one in three bottles ordered in bars was vodka), against 53 million crates of whiskey.

In modern history, food and politics don’t really gel. Our choice is determined by our desires that know no boundary or territory. In fact, in our contemporary understanding of food, India has never had it so good as we are indulging in a happy state of “my cup runneth over” phase. From an oh-so common Greek salad and Greek Yogurt to taramosalata, or to Peruvian Ceviche, to so much so that Thai and Chinese look rather home-grown.

Anyway, the Chinese food that we love is not Chinese enough. It is, in fact, in complete adherence to the spirit of ‘Hindi-Chini bhai bhai.’ No doubt, the food is called Chinese, and is cooked by Indians, especially if you take the common majority’s favourite ‘chowmein’ that truly cuts across all economic barriers—made in India noodles, stir fried in a wok, tossed with a hint of local soy sauce and vinegar, and a dose of Ajinomoto for flavouring. Or the famous Manchurian—we have our versions in cauliflower, broccoli and what not. But our counterparts in China may not even acknowledge the ‘Chinese food’ we have tampered with to suit our taste buds. So what we eat in the name of Chinese cuisine is really a very localised or homegrown version; the taste, nuances and flavour differ from place to place, restaurant to restaurant. We have manufactured our own version of Chinese cuisine.

Meanwhile, I wonder if Siliguri traders who, in the heat of passion, contemplated renaming the 50-year-old Hong Kong Market into something they were still undecided about finally got a new name yet.