Do We Have The Right To Mourn The Demise Of Sunderlal Bahuguna? 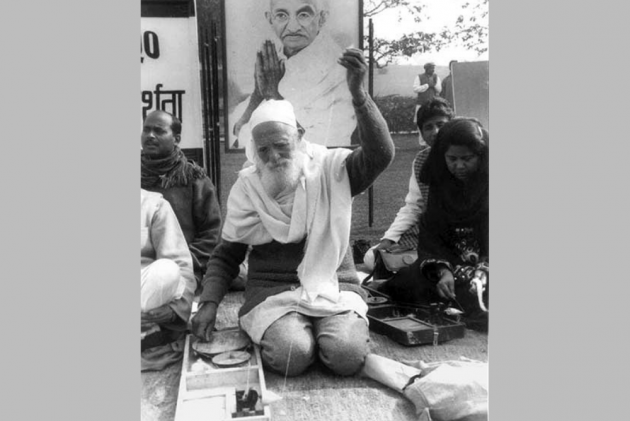 Apart from the general sense of loss and sadness, a few things crossed my mind when I heard the news that Sunderlal Bahuguna is no more with us. The subset of mainstream media and social media ran pieces on their platforms, mourning the loss of a noted environmentalist. Piece by piece, Bahuguna Ji’s works were celebrated and ounce by ounce he was lauded for his contribution to safeguarding the environment. A narrative so perfect that everyone read, mourned, and passed on the information by offering their obeisance to the departed soul; some by folding their hands in respect and others by incessantly typing RIP on the comments sections.

Sunderlal Bahuguna’s participation in the much-lauded Chipko movement and the Gandhian way to fight against the construction of the Tehri Dam is a statement that many have not forgotten. But the setback is much deeper because unlike the nature of activism in general he pointed out everyone’s contribution and held them accountable for their action. The sheer fact an act of embracing a tree can make a huge difference has made us aware of how simplistically we can establish a relation between man and nature. Heralding the movement in 1973 in Uttarakhand (then Uttar Pradesh), the environmental movement became an emblem of hope to tackle concerns like deforestation and inspired eco-groups and environmental policies all over the world. The movement’s commitment and outreach assisted in decelerating the rapid deforestation, exposed vested political and bureaucratic interests, whereby it also enhanced ecological awareness and depicted the true role of people's power.

Sunderlal Bahuguna did not hesitate to point out the ecological disasters in the Himalayan region were in fact “a manmade disaster. When you try forcefully to change nature and its landscape, it gets back and punishes you.” It is almost twelve days ago that a cloudburst ravaged Devprayag in the Tehri district of Uttarakhand. These news snippets have become a norm, keeping in mind the aggravated nature of mountainsides being blasted off and cleared to make way for the Char Dham highway (a Ministry of Road Transports and Highways project which aims to widen about 900 km of highways connecting Yamunotri, Gangotri, Kedarnath, Badrinath, and the Tanakpur-Pithoragarh). Needless to say, that an approximate number of 50,000 trees are to be felled for the Char Dham project. The trees which Bahuguna Ji protected as the slow-growing, high-altitude ones like deodar or the Himalayan cedar, birch, and oak are under attack but we can make do with false condolences and make-belief obeisance to the dead. According to C.P. Rajendran, professor of Geodynamics at the Jawaharlal Nehru Centre for Advanced Scientific Research, “the annual carbon sequestration by the forests of western and northeastern Himalaya and protective cover for the catchments of the Bhagirathi, Alaknanda and Mandakini valleys – a first line of defence against erosion – are just two important ecosystem services rendered by Himalayan forests.”

But do these things matter, when we can tweet, mourn, or cry out loud. The loss is much greater and scarier, amidst the climate change and environmental disasters we are yet to witness. Whatever the man stood for and the direction of his celebrated work or activities has been a contrarian voice on the government’s unapologetic developmental activities and its rampant use of Himalayan terrain as a plaything. Can we keep up the legacy of a man like Sunderlal Bahuguna, or we can simply watch a relay of actions that will subsequently serve as a lamentation over the loss of the Himalayan terrain and its ecology?