Antibody surveillance studies are useful in tracking the population profiles of virus exposure over time. However, it should not be assumed that herd immunity is just a couple of monthly surveys away. 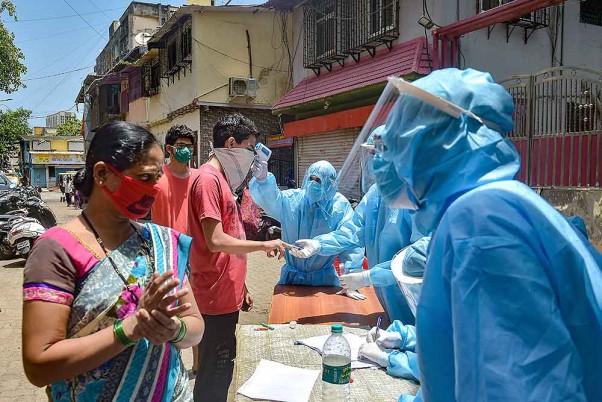 Two serological surveys of Covid-19 antibodies, recently carried out a month apart in Delhi, have evoked considerable media attention. The first population-wide sample survey, carried out between June 27 and July 10, revealed a prevalence of 22.8% while the second survey of 15,000 persons, carried out during August 1-7, reported a prevalence of 29.1%. The prevalence of antibodies was 34.7% among those aged less than 18 years, 28.5% among those aged 18-50 years and 31.2% among those above 50. Women had a higher prevalence (32.2%) compared to men (28.3%). The good news is that many of them were asymptomatic. This means that the ‘infection fatality rate’ would be much lower than the currently estimated ‘case fatality rate’ based on persons identified by viral tests.

Other antibody surveys reported around the same time, in Pune and Ahmedabad, were not population-wide sample surveys. They focused on some high infection zones in the city (Pune) or urban primary health care centres (Ahmedabad). A population survey must have a random sample of the population, often stratified for geographic zone, age and gender. Delhi adopted a survey design that sampled across the whole city state.

With over a quarter of Delhi’s population reportedly showing presence of antibodies against the virus, many questions are being posed. Why are so many showing evidence of infection compared to the numbers detected by viral testing? Is Delhi close to herd immunity? Why are the young under 18 years of age showing a high prevalence when schools are closed and their movement in crowded areas is less than that of adults? Before the answers to these questions are explored, we need to understand the nature and limitations of these tests.

Viral detection tests have a modest ability to detect the virus when present. RT-PCR, the test most relied upon, misses between 30 to 40% of infections because of timing (too early or too late), poor sampling technique or inadequate sample. Further, many persons who are infected may not have been tested, especially if they are asymptomatic or are mildly affected and do not report for testing. So, it is not surprising that antibody tests yield higher numbers than the viral tests.

Two types of antibodies are produced by the body when the Covid-19 virus invades the body. The first is an IgM antibody which appears early, peaks in the second week after infection and fades away by the fourth week. The second is the IgG antibody which appears late in the second week and fades away in about three months. When the antibodies are shown to bind to the virus and disable its replication, they are called neutralising antibodies. These antibodies are immunoglobulins produced by the B lymphocytes which derive their origin from the bone marrow and are abundantly distributed in the lymphoid tissues of the body.

The antibodies detected in a population survey suggest a recent exposure to the Covid-19 virus. However, other coronaviruses too can produce cross-reactive antibodies. Besides the coronavirus, which causes Covid19, there are coronaviruses which cause common cold. What proportion of the antibodies detected in the survey were really evoked by the Covid-19 causing SARS-CoV2 virus and are capable of neutralising it? We do not know, as there are no studies to show that. However, we cannot discount the contribution of other coronavirus infections to some of the antibody positive tests. Since children are more susceptible to common colds, is the higher prevalence in the below 18 year age group related to that? While common colds are especially common in the under 10 age group, older siblings too may have been exposed to their viruses. A point to ponder.

The problem of false positive tests gets amplified when we transfer a test whose diagnostic accuracy was initially determined in a laboratory or hospital setting to the community setting for a population survey. This is because of a lower prevalence of the infection in the survey sample than in the diagnosed cases in the hospital. This alters the pre-test probability, which has a bearing on the post-test probability. Predictive values of diagnostic tests vary greatly depending on the prevalence of the condition in the population being surveyed.

A bit of math will illustrate this. Suppose the prevalence of past infection in a population sample of 15,000 is actually 15%. So, of the people tested, 2250 persons would have had the infection and 12,750 would not have been free from it. For screening the population, we pick a test with high levels of sensitivity (ability to accurately detect evidence of infection when it exists) and specificity (ability to rule out infection when it is absent). No test is 100% accurate on both counts and usually there is a tradeoff between sensitivity and specificity. If we use a test with 95% sensitivity and 90% specificity, we identify 2138 true positives (95% of 2250) and 1275 false positives (10% of 12750). Combining the true and false positives, the survey yields a ‘prevalence’ of 22.7%. A third of these are false positives! The lower the actual prevalence and larger the sample surveyed, more the likelihood of encountering many false positives. Hence, WHO‘s  advisory to use antibody surveys to assess time trends in the population but not for labelling any individual as infected or immune.

Even if we accept the figure of 29% as an accurate estimate of recovered Covid-19 cases in the general population of Delhi, the figure falls short of the 60-70% figure cited as a requirement of herd immunity. Is it possible that even if antibodies were detectable only in 29%, more were infected and have developed cellular immunity through T lymphocytes? These thymus derived lymphocytes form the other limb of the immune system. We do not know the answer, as the survey tested only for the antibodies.

When discussing herd immunity, it must be recognised that it is actually ‘herd protection’. If 60% of the persons in a population get infected, recover and are now immune, they act as shields for the remaining 40%. The virus keeps getting blocked by the immune individuals as it tries to circulate. The uninfected 40% are only protected when they remain in that herd. If any of them travels to another location where the population has only 10-15% of persons infected and immune, the large protective blockade is no longer available. So, a person from Delhi, who is in an uninfected but safely guarded group, will not have protection when he or she travels to Raipur or Ranchi. For all of India to cross the herd immunity threshold will take a long time. It is also true that all persons do not travel far and all persons may not be equally susceptible to the virus. With several uncertainties to be resolved, herd immunity has not yet crossed the long stretch from allure to evidence.

The virus spreads faster and more extensively in locations where people are compelled by circumstances to live in closely packed areas. It is not surprising that a Mumbai slum recorded a 57% antibody positivity rate. Is that an assurance of herd immunity for the remaining 43% even if they stay put in that slum and do not venture out into other parts of the city where only 12% prevalence of antibodies was observed? Unfortunately, such assurance is not available. It was recently reported that in California’s San Quentin prison, over 2200 of the 3,260 inmates were infected. This is over two-thirds of the population there.

Antibody surveillance studies are useful in tracking the population profiles of virus exposure over time. So, Delhi is on track in planning repeat surveys. However, it should not commit the error of assuming that all persons who test positive for the Covid-19 antibodies were truly infected with the virus nor should it assume that herd immunity is just a couple of monthly surveys away. Public health vigilance and personal discipline in adhering to safety measures must be maintained till we are sure the epidemic is over. Assuming victory while the battle is still on is unwise. We should not trip while aiming to trap the virus.

(The author, a cardiologist and epidemiologist, is President, Public Health Foundation of India.  He is the author of 'Make Health in India: Reaching a Billion Plus'. Views are personal.)