Since 2014, the country also started a massive programme to build domestic defence-industrial capabilities which have yielded slow but steady results. 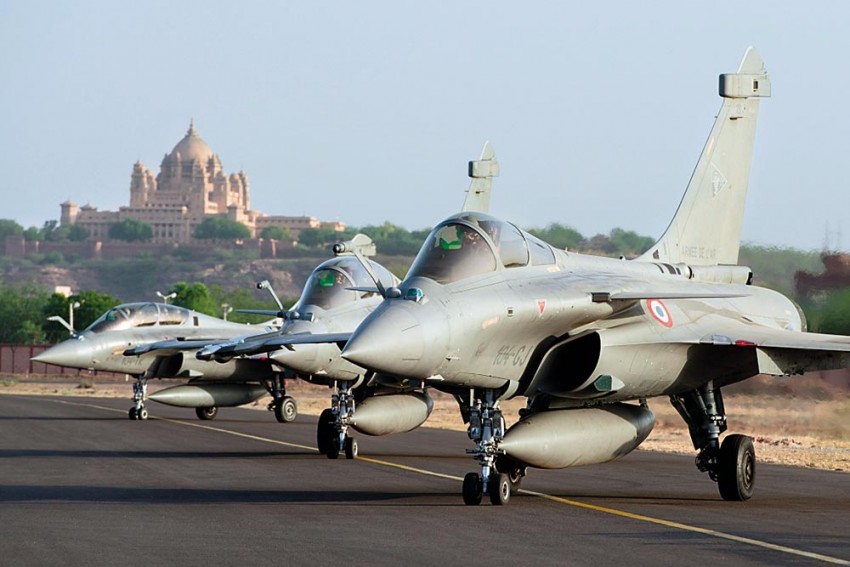 India has got defence upgrade over the last 15 years mostly through imports. Since 2014, the country also started a massive programme to build domestic defence-industrial capabilities which have yielded slow but steady results. Defence-industrialisation is critical for India as it is linked to national security and the country’s profile in the Indo-Pacific region. The significance of building such capabilities is evident from the Chinese example. Till two decades ago, China was one of the largest arms importers. Nowit is the world’s fifth-largest arms exporter, according to the Stockholm International Peace Research Institute’s Trends in International Arms Transfers, 2019. This has implications for India as Beijing has assiduously exploited its role as a defence supplier to entrench itself in India’s neighbourhood.

India is now trying to catch up. Since 2014, under the ‘Make in India’ initiative, the government has been promoting the private sector and start-ups in defence manufacturing. The aim is not just building the manufacturing capacity but also achieving technological competency. The two most important mechanisms to achieve these are the Strategic Partnership (SP) model and the Innovations for Defence Excellence (iDEX) programme.

The SP model was launched in 2017 and seeks to establish partnerships between Indian and foreign defence companies for manufacturing the equipment of fighter aircraft, submarines and helicopters. India needs the technical expertise that foreign defence companies bring with them. This January, the first domestic SP contract was activated when the defence ministry shortlisted the defence public sector unit (DPSU) Mazagon Dock and private shipbuilder L&T as Indian strategic partners for the Rs 45,000-crore contract to build the P75I diesel-electric submarines for the Indian Navy.

Besides the SP model for producing equipment for the Indian military, Indian companies have forged partnerships with foreign firms for exporting aerospace related sub-systems and components, unlocking new business opportunities. Full-fledged joint ventures of European and American companies like Airbus, Boeing and Lockheed Martin with Indian companies like Tata Advanced Systems, Bharat Forge, and Mahindra Aerostructures to manufacture and export sub-systems are activating and becoming part of the global supply chain.

The government is also promoting the involvement of start-ups and individual innovators through the iDEX programme. It seeks solutions for augmenting the Indian military’s operational and combat capabilities, and has identified technologies like soldier protection systems, secure hardware encryption devices, GPS anti-jam devices, unmanned surface and underwater vehicles, and 4G/LTE tactical local area network, among others.

While these measures are a good start, they need to be well-developed to be utilised to the full. For example, the DPSUs fear losing their monopoly in defence manufacturing and being shown up for their weaknesses in performance. To leverage DPSU’s experience and infrastructure and the private sector’s management and financial expertise, the SP model should be extended to form partnerships between the DPSUs and the private sector.

On the technology front, the government can initiate flagship defence technology development programmes catering to future defence acquisitions. Ideally, these should be based on India’s existing competencies, such as information and digital technology, to integrate the commercial and manufacturing dimensions with research and development efforts and expedite their commercialisation, like in the United States. This will help in identifying critical technologies, especially those that may be denied to India as part of the global export control regimes such as Australia Group and Wassenaar Arrangement. Though India has become a member of these regimes, efforts to deny technologies to developing countries have continued.

India already has like-minded diplomatic partners on its side—the US, Japan, and Israel, with each of whom India has multiple projects to co-develop and co-produce defence technologies. India should expand its partnerships geographically to include partners like Australia and technologically to include new innovations like additive manufacturing which is now being used in the production of civil and military aerospace and naval systems components.

The political will to reduce import dependence by creating a domestic defence industrial base is evident. By bringing certainty to the defence procurement process, monitoring emerging technologies and joining hands with like-minded countries, this political will can become a vibrant and profitable defence-industrial reality.